Brady Street once again shut down, as huge crowd gathers for Sunday's World Cup final, in a carnival-like celebration.

This past Sunday, fans from around the globe gathered at local pubs, public stadiums, parks, and public streets to watch the FIFA World Cup championship match between Germany and Argentina. Milwaukee was no exception.

Though there wasn’t a parking spot to be found from Cathedral Square to Brady St. a large crowd nonetheless filled Brady St. to watch the match on the big screen while drinking PBR on one of Milwaukee’s premier urban streets. Yes, once again World Cup fans brought traffic on Brady St. to a halt, though this time it was a planned. Arranged by Mike Eitel, owner of the Nomad World Pub, this was the final event of what was 34 days of non-stop soccer viewing parties.

When it was over Germany was the FIFA World Cup Champion, and Milwaukeeans had won another match for urban life by taking back the streets for fun and enjoyment while participating in a global movement.

Following the match the street turned into a dance party with live samba music, dancers in costume reminiscent of Carnival performances, and the Milwaukee Public Theatre Samba Puppets put on quite a show. Later, De La Buena entertained the crowd. 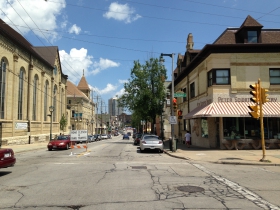 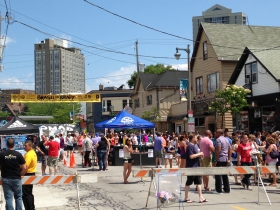 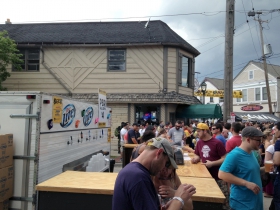 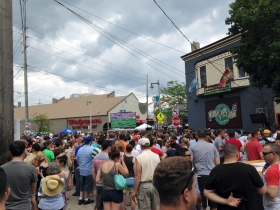 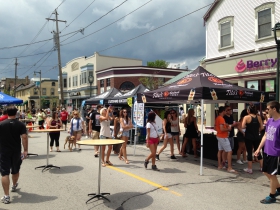 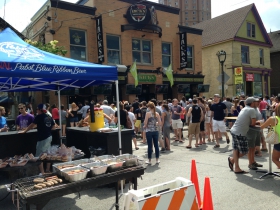 One thought on “Photo Gallery: Brasil on Brady!”