Goodbye VIA on Downer

Pizza place will close, to be replaced by Mexican-styled BelAir Cantina. 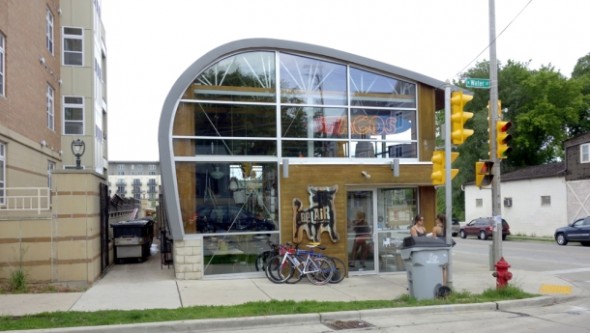 The biggest change of the week for the city’s restaurant scene was the announcement that VIA Downer, the pizzeria located at 2625 N. Downer Ave., will be closing June 30. The space will become a BelAir Cantina, a California-style Mexican restaurant. This will be its third location, joining those at 1935 N. Water St. on the East Side and at 6817 W. North Ave. in Wauwatosa.

According to the press release, one of the three owners of VIA, Krys Zielinski, is pursuing interests out of state, which prompted the sale of the restaurant. The remaining co-owners, John Rossetto and Russell Rossetto, will continue to operate their original restaurant, Transfer Pizzeria Cafe, at 101 W. Mitchell St. That restaurant, the announcement noted, has recently added 25 seats to its dining room and the owners have plans to expand into adjoining spaces for extra kitchen and patio space.

VIA, which opened in 2010, had been a success but then met with competition from neighboring Pizza Man, newly reestablished on the corner of Belleview Pl. and Downer Ave. The original Pizza Man on the corner of North Ave and Oakland suffered a tremendous fire in 2010 leading to its closing. It reopened in its new location at 2597 N. Downer Ave., in the former Lixx Frozen Custard space last year, offering casual outdoor and indoor dining, a full Italian-American menu, and a large wine selection.

There has been no word yet on when the new BelAir will open in VIA’s old space. BelAir’s owners include Leslie Montemurro, Scott Johnson, Kristyn St. Denis and chef Noe Zamora.

Goodkind: Located at 2457 S. Wentworth Ave., the space which formerly housed Mama DeMarinis, this new Bay View restaurant is set to dish out farm-to-table, modern European fare. The owners are far from new to the Milwaukee dining scene. Chefs Paul Zerkel and Lisa Kirkpatrick of Roots and Odd Duck, Burnhearts bar manager Katie Rose, and Burnhearts owners Jessica and William Seidel will head up the establishment. The menu will be mainly seasonal, concentrating on locally-raised rotisserie meats and fishes. Goodkind, which is scheduled to open soon, will also have pasta, vegan, and vegetarian options available. Known for her unique cocktails, Rose will focus on seasonal produce in her drinks.

Amilinda: Found at the same place, at the same time every week, this is Milwaukee’s first a pop-up restaurant that does not require reservations. Amilinda serves from 6-9:30 p.m. every Saturday in the National restaurant located at 839 W. National Ave., showcasing a blend of contemporary American cuisine with hints of Spanish, Portuguese and Southern flavors. Chef Gregory Léon and partner Orry DeYoung hope to eventually find a permanent home in Walker’s Point for their restaurant, but this pop-up version meanwhile familiarizes diners with what they can do. They usually serve a menu of three appetizers, three entrees, and two desserts, but selections vary depending on the week, and may include dishes such as coffee- and black pepper-rubbed skirt steak and pan-seared chicken with smashed potatoes, cheddar, and a corn and bacon flavored sauce.

Peet’s Coffee & Tea: This California based specialty coffee roaster and retailer will replace the last two remaining Caribou Coffee shops in Milwaukee at 418 N. Mayfair Road, Wauwatosa, and 1890 Meadow Lane, Waukesha. The Wauwatosa Peet’s is scheduled to open in August while the Waukesha location is tentatively set to open sometime this summer. Peet’s cafés predate Starbucks, and served as a model for the company. The cafes offer darker roasted Arabica coffees, espressos, and a variety of black, green, white, oolong, and herbal teas.

0 thoughts on “Now Serving: Goodbye VIA on Downer”