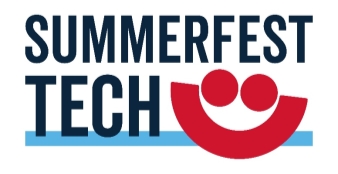 MILWAUKEE, WI (May 15, 2019) – Milwaukee World Festival, Inc. and its Summerfest Tech supporters are excited to announce the details of the second annual Summerfest Tech event, which will be held June 25-June 26, 2019.

By utilizing the Summerfest brand to showcase technology, Summerfest Tech intends to champion the regional business community and spotlight Wisconsin’s growing reputation as a tech hub. The unique timing and locations of the event allow the community to convene and connect around relevant tech topics.  This provides an opportunity for Summerfest to diversify and enhance programming, by increasing technology in and around the festival, while engaging a new audience.

“Summerfest Tech grew out of the belief that the festival has a role to play in developing Milwaukee and Wisconsin’s reputation as a future technology destination,” said Don Smiley, President and CEO of Summerfest. “By leveraging our reach to bring tech leaders, influencers, investors, and entrepreneurs to Milwaukee during Summerfest, we can play an important role in highlighting the growth and continued opportunity in our region.”

Opening night programming will feature a keynote presentation from Dennis Hoffman, Senior Vice President of Corporate Strategy at Dell Technologies, followed by two-time Grammy-nominated producer/DJ Steve Aoki, who will discuss advances in music technology and beyond. Aoki will also be headlining the Miller Lite Oasis at Summerfest on June 26th.

Day two of Summerfest Tech includes a keynote from Sudhi Sinha, Vice President and General Manager of Digital Solutions from Johnson Controls, presenting Building Digital Businesses as well as two panel discussions.  The first will focus on women in technology moderated by Mary Bunzel, General Manager, Manufacturing & Industrial Solutions at Intel and the second will discuss cyber security and be moderated by Mark Kass, editor-in-chief of the Milwaukee Business Journal. More information about panelists will be available soon. Summerfest Tech will be exhibiting the Harley-Davidson® Motor Company’s LiveWire Electric Motorcycle, with an overview given by Marc McAllister, Vice President of Product Planning and Portfolio. A Pitch Competition will also be part of the programming, with an opportunity to win prizes from Summerfest Tech sponsors, as well as cash.

The mission of the organization is to promote an understanding of different ethnic cultures, the histories and traditions of various nationalities, harmony in the community, civic pride and provide a showcase for performing arts, activities and recreation for the public, and employment opportunities for the youth of the community. For more details, visit Summerfest.com, Facebook.com/summerfest, or Twitter: @Summerfest. 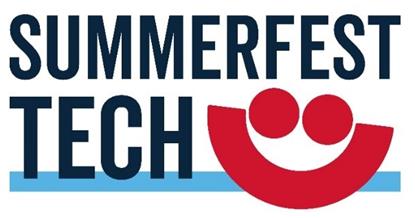 Park opens to the community on April 19