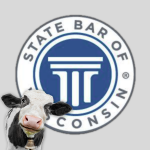 Madison, WI – The State Bar of Wisconsin and its charitable arm, the Wisconsin Law Foundation, strongly support a proposal to site a statue honoring the late Hon. Vel Phillips on the state Capitol grounds. The statue, if approved, will be the first on the Capitol Square to recognize a person of color. Phillips is considered one of Wisconsin’s most prominent and influential attorneys over the last 100 years.

In a letter of endorsement to the State Capitol & Executive Residence Board, the State Bar and the Law Foundation pledge a combined $25,000 contribution to kick off a statewide fundraising effort to raise the estimated $250,000 to place the statue, should the Board approve a recommendation to be presented on Jan. 25 by an advisory group supported by Gov. Tony Evers.

A statue of Phillips celebrates diversity in state leadership and offers generations of Capitol visitors an opportunity to learn of the contributions of this great civil rights leader, lawyer, and judge who was instrumental in providing opportunities for the people of Wisconsin.

“Vel Phillips was a pioneer and a trailblazer in city and state government, for civil rights, and as a lawyer and judge, said Kathy Brost, State Bar of Wisconsin president. “She not only led, but showed how to lead by practicing civility amid persistence.”

“Vel Phillips is one of our own,” said Peggy Herlitzka, Wisconsin Law Foundation president. “She was a woman of many firsts, and her legacy inspires us to be involved, to step forward and to make change for the better.”

In 1951 Phillips became the first African-American woman to graduate from the University of Wisconsin Law School, and in 1956 became the first African-American woman elected to Milwaukee’s Common Council, serving until 1971. In 1962 she wrote Milwaukee’s Fair Housing ordinance, introducing the ordinance every 90 days at council meetings before it passed in 1968.

“I am pleased that the leadership of the State Bar of Wisconsin and the Wisconsin Law Foundation will serve as a lead sponsor for this effort,” states Milwaukee County Circuit Court Judge Carl Ashley, chair of the State Bar’s Diversity and Inclusion Oversight Committee. “A statue of the Honorable Vel Phillips is long overdue, and it will serve as a visual reminder that people of color contributed significantly to the leadership of this great state.”

“We are excited to make a lead donation on behalf of our 25,000 members,” Brost said.