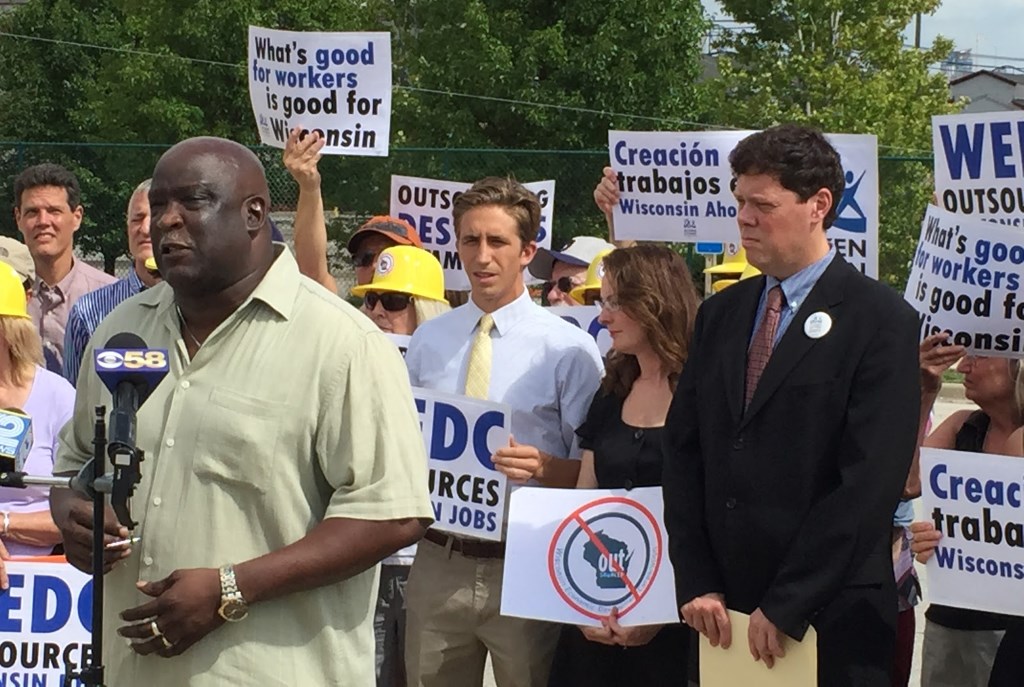 Milwaukee: Following last week’s revelation that over 11,000 Wisconsin jobs have been outsourced in the past five years, advocates for good jobs launched a statewide tour on Thursday of corporations who are outsourcing while taking public job creation dollars.

WEDC has for years refused to close loopholes that allow corporations to take public jobs money while outsourcing more jobs than they create.

“Outsourcing is the smoking gun of the rigged economy,” said Robert Kraig, Executive Director of Citizen Action of Wisconsin. “It would stun most Wisconsin workers to learn that state leaders are aiding and abetting economic treason by giving public dollars to corporations who are outsourcing more jobs than they create. It’s long overdue for federal and state government to side with workers by using it leverage to build an economy where everyone who wants a good job can get one.”

According to Citizen Action of Wisconsin research, the threat of outsourcing is one of the reasons wages are plummeting for manufacturing jobs that remain in Wisconsin.

The event follows Citizen Action’s disclosure in late August that WEDC falsely claimed to create jobs in Milwaukee’s economically depressed Sherman Park neighborhood which have been devastated by corporate outsourcing.