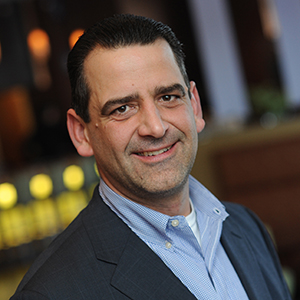 Jeff Gruhn has been promoted to General Manager, Healthcare. Gruhn’s role as General Manager will allow him to serve in a customer-facing role for his healthcare customers while also taking an active role in mentoring teams and thinking strategically on behalf of the entire operating group. His strategic focus, collaborative leadership style, and hands-on delivery of multiple complex projects make him an expert in leading projects from preconstruction through occupancy. Gruhn earned a Bachelor of Science degree in civil engineering from the University of Wisconsin-Madison, and has 18 years of experience in the construction industry.

Doug Heinrich has been promoted to Estimating Director, Technology Resources. Heinrich’s responsibilities will include the leadership and development of Mortenson’s estimating technology resources company-wide as well as continuing to lead the Milwaukee estimating team as Chief Estimator. Heinrich’s career began with Mortenson as an estimator in 1998 and he has served as the group’s Chief Estimator for the past 12 years. He is recognized across the company not only as one of the strongest estimating leaders, but also as a driver in advancing the use of technology in accurately estimating Mortenson’s work.  Heinrich has over 25 years of industry experience. He earned a Bachelor of Science degree in construction administration from the University of Wisconsin – Madison.

Mike Gleeson has been promoted to Construction Executive. Gleeson will provide overall management for numerous projects, lead project teams, and ensure successful customer relations. Gleeson has a collaborative management style, sound judgment, and solid relationships with long-standing customers and architect/engineer partners. Hired originally as an intern, his first project with Mortenson was the Walt Disney Concert Hall in Los Angeles in 2002. Since then, Gleeson has traveled and provided leadership to projects within Wisconsin and throughout the country. Over the past two years, Gleeson has been leading the Froedtert & the Medical College of Wisconsin Center for Advanced Care project in Wauwatosa, WI. Gleeson earned a Bachelor of Science in construction management from the University of Nebraska in Lincoln, Nebraska.

Angela Brzwoski has been promoted to a Design Phase Executive. A 17-year veteran of the construction industry, Brzowski will provide leadership to the Milwaukee operating group’s design phase team members in her new role. Under her leadership, the group will continue to ensure each owner’s vision is translated into design solutions and construction parameters that support an exceptional customer experience. She has worked on a variety of projects throughout Wisconsin including the Wisconsin Energy Institute, Kohl’s Innovation Center, Fitchburg Library, and the Madison Central Public Library. Brzowski holds a degree in civil engineering from the University of Wisconsin – Madison.

Kurt Theune has been promoted to a Construction Executive. Theune will provide overall management for numerous projects, lead project teams, and ensure successful customer relations. He has a collaborative leadership style, strategic thought process, and a focus on mentoring that will add value to the group’s leadership. Theune joined Mortenson as an intern in the Denver office over 12 years ago and has worked on a number of notable projects including the Columbia St. Mary’s Hospital Ozaukee Inpatient Expansion, the Harley-Davidson Museum, Saint Clare’s Hospital, and most recently the Acuity Corporate Headquarters Office Expansion and Parking Structures project. Theune holds a Healthcare Construction Certificate from the American Society of Healthcare Engineers, is DBIA certified, and is a LEED Accredited Professional. He earned a bachelor of science in construction and business from the University of Wisconsin – Madison.

Steve Resset has been promoted to Estimating Manager. In his new role, Resset will be responsible for management of the Milwaukee estimating team. He will work closely with the estimating team to lead the assembly of a wide variety of estimates including cost models, schematics, budgets, and design development estimates for Mortenson’s customers. Resset has been an invaluable member of the estimating team for the last 18 years. He has worked on a number of significant estimates for customers including Froedtert & the Medical College of Wisconsin, Acuity Insurance, Aurora Health Care, ProHealth Care, Martha Jefferson Hospital, and Miller Park. He earned an associate in applied science in construction estimating from Dunwoody College of Technology in Minneapolis, Minnesota.