MILWAUKEE, WIS. 10/19/2015– The Milwaukee Symphony Orchestra and Chorus, under the direction of Francesco Lecce-Chong, present MSO at the Basilica on November 13 & 14, 2015 at 8:00 p.m. at the Basilica of St. Josaphat. This concert is a community concert and all tickets are priced at $5. The concerts will feature Bruckner’s Te Deum in C major, along with Górecki’s Symphony No. 3 “Symphony of Sorrowful Songs” and his choral work Totus Tuus.

Bruckner’s Te Deum is a setting of the Christian hymn text Te Deum. It was written for chorus, soloists, orchestra and organ ad libitum. Bruckner dedicated the piece “to God in gratitude for having safely brought me through so much anguish in Vienna.” The setting is in five movements and was finished on March 7, 1884. Te Deum was premiered on May 2, 1885 with two pianos substituting for the orchestra which was too large for the venue. The final movement has been described as being remarkably similar to the main theme of the second movement of Bruckner’s Symphony No. 7 which he was also composing during this time period. There were nearly 30 performances during Bruckner’s lifetime. The conductor of the final performance inscribed the words “for the tongues of angels, heaven-blest, chastened hearts and souls purified in the fire!” on his copy of the score. In the 1890s, Bruckner was aware that he might not live to finish his ninth symphony and received suggestions that the Te Deum could be used as the finale. However, others claimed Bruckner would never have considered using the C major Te Deum as the finale of a D minor symphony.

Górecki’s Symphony of Sorrowful Songs was composed in 1976, and premiered on April 4, 1977. It was made famous by a recording that topped classical music charts in 1992. The three-movement symphony features a solo for soprano in each movement. Each movement is a different Polish text that speaks of motherhood and separation through war. The first movement is a 15th-century Polish lament of Mary, mother of Jesus. The second movement is a message written on a wall of a cell in a German Gestapo prison during World War II and the third movement is a Silesian folk song of a mother searching for her son killed in war.

Górecki’s Totus Tuus Op. 60 is translated as “Totally Yours”. It was composed for unaccompanied choir in 1987 in celebration of Pope Saint John Paul II’s third visit to his native Poland. The libretto was taken from a poem by contemporary writer Maria Boguslawska which is addressed to the patron saint of Poland, the Virgin Mary.

Lecce-Chong has earned a growing reputation and critical acclaim for dynamic, forceful performances, garnering national distinction, including the Solti Foundation Career Assistance Award and The Presser Foundation Music Award. He has also been featured in master classes with Bernard Haitink, David Zinman, David Robertson and Christopher Seaman, while working with the St. Louis Symphony, National Arts Center Orchestra and the Tonhalle Orchestra Zürich.

As a trained pianist and composer, Lecce-Chong embraces innovative programming, champions the work of new composers and supports arts education. While working with the MSO, he curated and presented the works of both active and lesser-known composers, including two works commissioned by the orchestra, as well as two U.S. premieres. He also helped create the first MSO Composer Institute, providing performance opportunities for young American composers. Lecce-Chong has complemented his programming with a strong commitment to arts education for all ages. In Milwaukee, he provided artistic leadership for the MSO’s nationally lauded Arts in Community Education program — one of the largest arts integration programs in the country — and he continues to be a frequent guest speaker for arts organizations around the country.

Lecce-Chong is a native of Boulder, Colorado, where he began conducting at the age of 16. He is a graduate of the Mannes College of Music, where he received his Bachelor of Music degree with honors in piano and orchestral conducting. Lecce-Chong also holds a diploma from the Curtis Institute of Music, where he studied as a Martin and Sarah Taylor Fellow with Otto-Werner Mueller. He has been mentored by many world-renowned conductors, including Edo de Waart and Donald Runnicles, with whom he continues to maintain a close working relationship.

Lee Erickson, MSO Chorus Director – Holder of the Margaret Hawkins Chorus Director Chair, Lee Erickson has a passion for choral music which shines through every performance by the MSO Chorus. Known for his tireless pursuit of choral excellence, the standards he sets for tone, precision, diction, and artistry of the ensemble have garnered respect among the conductors, soloists, and composers who have worked with the Chorus.

Mr. Erickson was appointed associate director of the Chorus in 1978 and assumed the position of director in 1994 (after founder Margaret Hawkins’ death in 1993). He has served on the Choral Panel of the National Endowment for the Arts and is a past dean of the American Guild of Organists. In 2008, Mr. Erickson was honored by the Wisconsin Conservatory of Music for his musical contribution to the greater Milwaukee community, and he was named as one of the 2007 Artists of the Year by the City of Milwaukee Arts Board.  In 2011, Mr. Erickson received the 2011 Distinguished Citizen – Professional in Arts Award from the Civic Music Association of Milwaukee.

Kathryn Henry, soprano– Kathryn Henry wasa National Finalist in the Metropolitan Opera National Council competition in March 2015, and is currently a senior pursuing her bachelor of fine arts degree in vocal performance at the University of Wisconsin-Milwaukee.  She won the UW-Milwaukee Symphony Orchestra Concerto and Aria Competition, and in 2014 placed first in the Upper College Women category at the National level of the NATS Student Auditions. Known for her “clean coloratura and silvery voice” (BWWOperaWorld. Com, Richard Sasanow), Ms. Henry’s operatic credits include Gretel in Hansel and Gretel, Clarina in Rossini’s La Cambiale di Matrimonio, the Squirrel in Ravel’s L’Enfant et les Sortileges, and the title role of Puccini’s Suor Angelica. At the summer 2015 Chautauqua Institute, she covered Mimi in Puccini’s La bohème and appeared in recital with Craig Rutenberg.

Ariana Douglas, soprano- Ariana Douglas earned her Bachelor of Music from the University of Wisconsin-Madison, where she studied under the direction of Julia Faulkner. She recently finished her Master of Music from Louisiana State University and studied with Dennis Jesse. Some of her recent roles include: Countess in Le nozze di Figaro, Nevesta in Martinu’s Hlas lesa, Magda in La Rondine, Donna Elvira in Don Giovanni and Fiordiligi in Così fan tutte. She was an ensemble member in Lucia di Lammermoor with New Orleans Opera as well as Second Lady in Die Zauberflöte with Opéra Louisiane, a local opera company in Baton Rouge, LA. While at Louisiana State University, other non-opera credits include the soprano soloist in Mozart’s Requiem. Ariana was recently rewarded an Encouragement Award from the Metropolitan Opera National Council Auditions.

Katherine Fili, mezzo-soprano- Heralded as “hilarious” and “impressive” by DC Metro Theater Arts, Mezzo-soprano Katherine Fili recently graduated from The University of Maryland’s Opera Studio. Over the course of her graduate degree she studied with both Linda Mabbs and Delores Ziegler. As a member of the opera studio, Katherine performed as the Nurse in Lee Hoiby’s Romeo & Juliet, both Nancy and Florence in Albert Herring, and both Prince Orlofsky and Ida in Die Fledermaus. As a student of Mildred Miller during her undergraduate studies at Carnegie Mellon University, she performed roles including The Sorceress in Dido & Aeneas, Bessie in Das Kleine Mahagonny, and The Chinese Tea Cup in L’enfant et les sortileges. Katherine premiered the chamber version of Tobias Picker’s Fantastic Mr. Fox in the role of Mrs. Fox with the Microscopic Opera Company. She has performed with The Pittsburgh Opera Theater as The Baroness in Candide and Grimgerde in the premier of Eric Moe’s The Valkyrie Suite.

Thomas Leighton, tenor- Thomas Leighton, of Saugerties, NY, holds degrees from the Eastman School of Music in Rochester, NY with graduate studies at the University of Wisconsin-Madison. Recent engagements include Julia Adolphe’s Sylvia, at NYC’s Bargemusic, and with Milwaukee’s Present Music. As a Studio Artist with Madison Opera in the 2014-2015 Season, he appeared in Fidelio and Sweeney Todd. In the same season, he also sang the role of Tamino in University Opera’s production of Die Zauberflöte and sang as the tenor soloist in Mendelssohn’s Lobgesang. Thomas is a past ‘distinguished voice fellow’ and teaching assistant at the UW-Madison School of Music.

Leroy Y. Davis, baritone- Leroy Y. Davis is excited to join Milwaukee Symphony this season. He was inspired to pursue a career in opera as an alumnus of The Boys Choir of Harlem. Leroy is a graduate of New England Conservatory where, as a Graduate Diploma candidate, he performed the role of Don Pomponio Storione in the American Premiere of Rossini’s La Gazzetta. He is also a graduate of Bard College; during his graduate studies he created the role of Atticus Finch’s Trainer in David T. Little’s Vinkensport or The Finch Opera. He was most recently invited to return to NEC as a guest artist to perform Don Alfonso in their April production of Cosi fan tutte. Previous credits include Pish-Tush in The Mikado, A Mandarin/Ping in Turandot, Marchese in La Traviata, and Sergeant of Police in The Pirates of Penzance with Shreveport Opera and Marchese in La Traviata with The Opera Company of Middlebury. Leroy was a Regional Finalist in this year’s Metropolitan Opera National Council Auditions.

MSO at the Basilica

Tickets are $5. Seating for this performance is General Admission. Audience is encouraged to arrive early for best available seating. Doors will open approximately one hour before the concert. For more information, please call 414.291.7605 or visit mso.org. 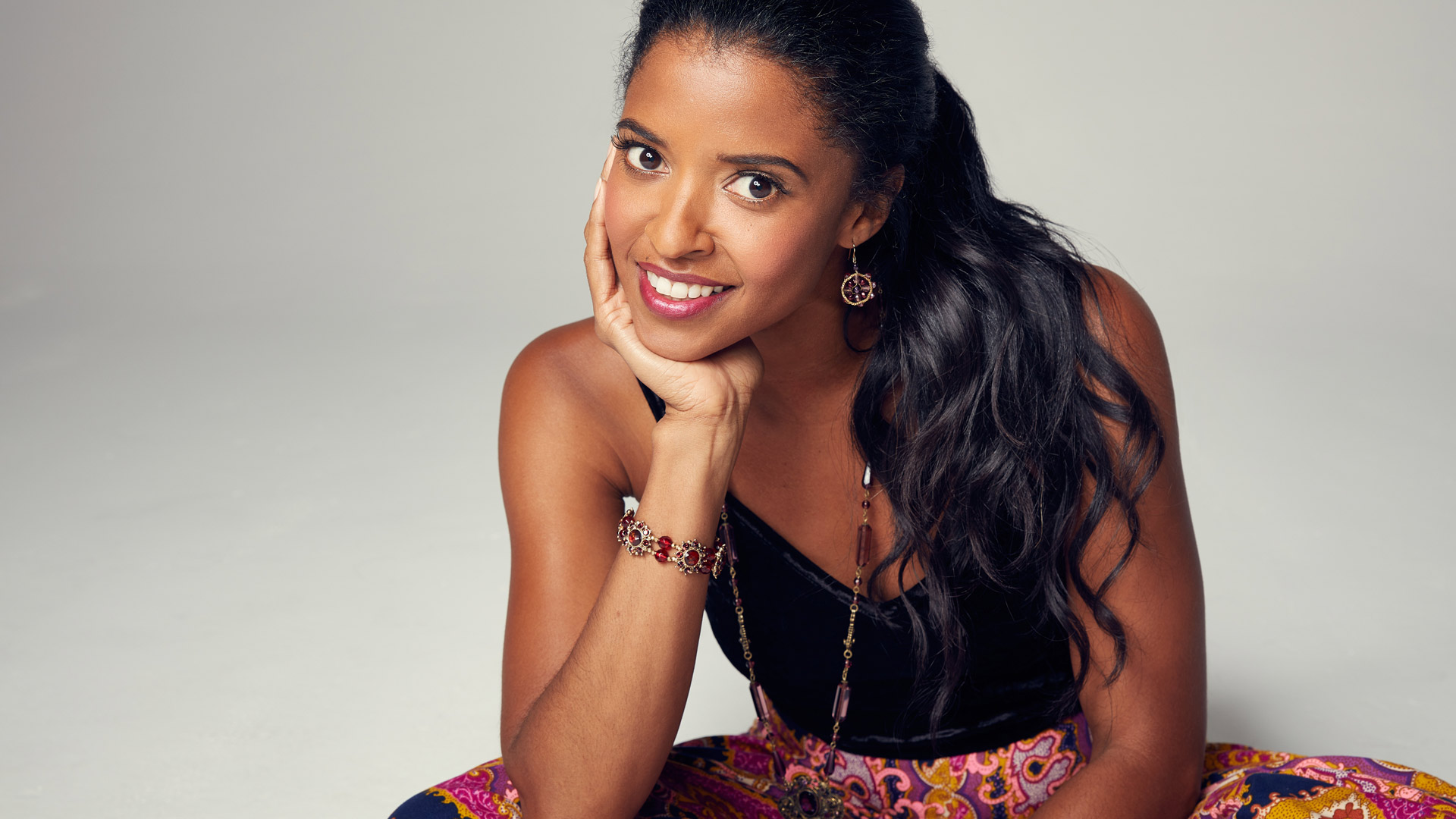 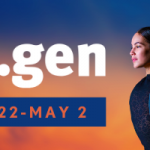