11/2/2017 (Milwaukee, WI) – Milwaukee Repertory Theater’s hit new A Christmas Carol adaptation, written and directed by Artistic Director Mark Clements, is a tale of love, hope and  redemption with just the right blend of beautiful music, lively dancing, stunning sets and eye-popping special effects.  A Christmas Carol runs November 28 – December 24, 2017 in the Historic Pabst Theater. It is a dazzling Christmas feast with enough theatrical goodies to fill any sized stocking hung by the chimney with care.

Artists, dates and tickets prices are subject to change 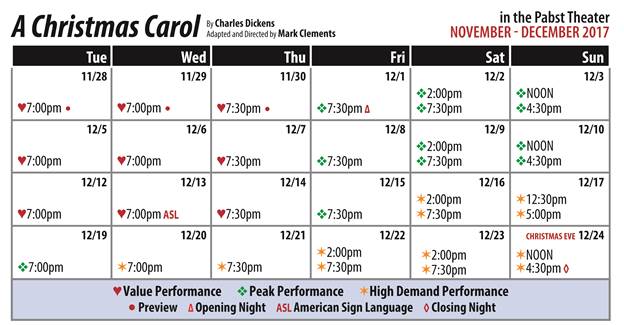 American Sign Language Interpreted Performance: Wednesday, December 13 at 7pm – the show will be signed for patrons who are deaf or have low hearing.