Jason Sidener to be the Democratic Party of Wisconsin's next Executive Director. 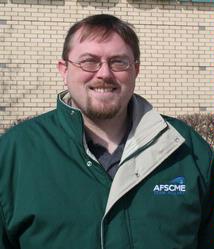 Jason Sidener. Photo courtesy of the Democratic Party of Wisconsin.

MADISON –Today, the Democratic Party of Wisconsin‘s administrative committee voted to approve Jason Sidener as the Party’s next Executive Director to start on January 1, 2017.

“Jason Sidener is an incredible addition to our team. He brings nearly two decades of political organizing, grassroots engagement, and progressive movement leadership to the Democratic Party of Wisconsin,” Democratic Party of Wisconsin Chair Martha Laning said on Friday. “As we prepare for a Trump Administration and gear up for the 2018 gubernatorial and US Senate elections, our party needs strong leaders like Jason today more than ever. Jason is dedicated to electing progressive candidates at all levels of government and shares my belief that we need a strong DPW that works closely with local leaders and activists to return to Wisconsin’s proud progressive traditions.”

Throughout his political career, spanning back to grassroots organizing with the Public Interest Research Group in the late 1990’s, and including field organizing for multiple congressional candidates around the country, including for then-Congresswoman Tammy Baldwin in 2002, Sidener has developed deep roots in progressive politics. For the past 13 years, Sidener has worked for AFSCME, the American Federation of State, County and Municipal Employees, in multiple capacities. He is currently the Director of Political Action and Member Mobilization for AFSCME Council 32.

In addition to his professional political activism, Jason has served in many volunteer leadership positions for different organizations including the President of the Board for Wisconsin Progress and the Electoral Committee Chair and Board Member for Citizen Action of Wisconsin. Jason is also the long-time Chair of the Labor Division for the United Way of Dane County‘s annual fundraising campaign.