Media coverage is invited for the meeting, which will begin at 9 a.m. in the third floor Council Chamber at City Hall, 200 E. Wells St. This is the last Common Council meeting of the year.

Tuesday’s meeting will be televised live on the City Channel (Channel 25 on Time Warner Cable in the City of Milwaukee), and on U-Verse Channel 99.  Online viewing is available at milwaukee.gov/CityChannel.

Milwaukee has an opportunity to usher in lasting change

We Can Do Better 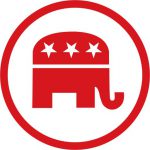