The City of Milwaukee purchased the site for Gordon Park in 1907 with the acquisition of 13 ½ acres for $45,000. The land across the river, Riverside Park, had previously been acquired. The park is named after the Gordon family, who were former owners of the property.

In 1909 the City Park Commissioners determined that it might be desirable to have bathing beaches along the Milwaukee River. Therefore, in 1910 a swimming facility was started at Gordon Park as an experiment with voting booths serving as temporary dressing rooms.  Swimming in the river proved to be very popular as the water was much warmer than found at the Lake Michigan beaches. As a result, park officials began planning a permanent structure that could be used as a bathhouse for swimming and a warming facility for winter sports that took place on the frozen riverbed. Construction of a multi-purpose building on the rivers edge commenced in 1913. The new facility served ice-skaters that winter and was ready for use by swimmers in June of 1914.

The 1920’s found a number of improvements completed as demands on the park continued to increase.

In 1937, Gordon Park was turned over to Milwaukee County as part of the consolidation of parks.

The pollution levels in the river ultimately reached the point where swimming adjacent to Gordon Park was no longer viable. Taking advantage of the resources provided by the WPA program a pool and bathhouse were constructed in the park during 1939-’40. Additionally, the WPA constructed a bridge over railroad tracks in place at the time providing pedestrian access from Humboldt Blvd. These new facilities were completed in 1941 and the building on the river’s edge became a recreation center as well as continuing in its use as a warming building for skaters on the river.

In 1997, at the direction of the County Executive and County Board the Parks Department began to develop a long-range plan for the site that better addressed the needs of the Riverwest community. This planning process included significant involvement with residents of the area. In 1998 the swimming pool and bathhouse, which had become outmoded, underutilized and structurally unsound were razed and plans for alternative uses were developed. The Milwaukee County Board adopted the master plan for redevelopment of the park in 1999.

During 1999, Milwaukee County acquired 1.7 acres from the Chicago Milwaukee Corporation (CMC) thus paving the way for major renovation on the west side of the park. Removal of the pedestrian bridge and regrading of the former CMC right-of-way allowed for vehicle access and improved pedestrian access from Humboldt Blvd as well as better visibility into the park. Also that year, a picnic shelter was built in the northeast portion of the site. In 2000 new walks and a soccer field were constructed and in 2001 construction commenced on a 5,000 sq. ft. pavilion, a 44 car parking area, a splash pad and a new play equipment area. The grand opening for the latest phase of redevelopment is scheduled to occur June 15th 2002. 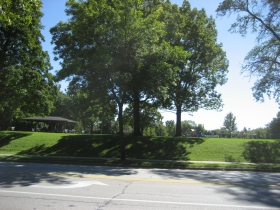 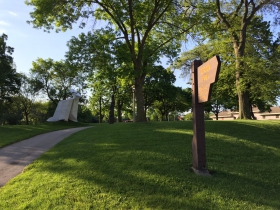 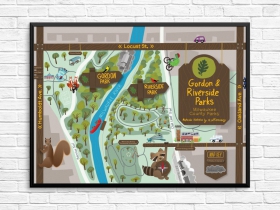 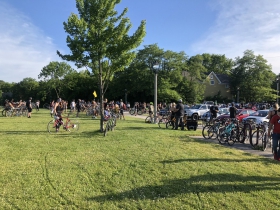 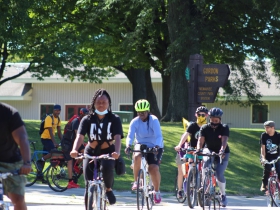 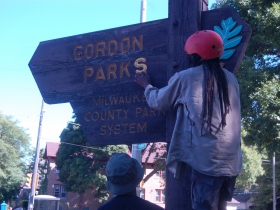 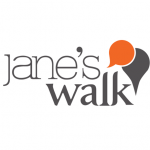 The Riverwest Brew Fest, Featuring the 31st Annual Blessing of the Bock

"To be clear: It is not Milwaukee County's policy to demolish the Domes, nor is that my position."