Interstate 794 Named Freeway Without A Future

Congress for the New Urbanism report will include downtown Milwaukee highway. 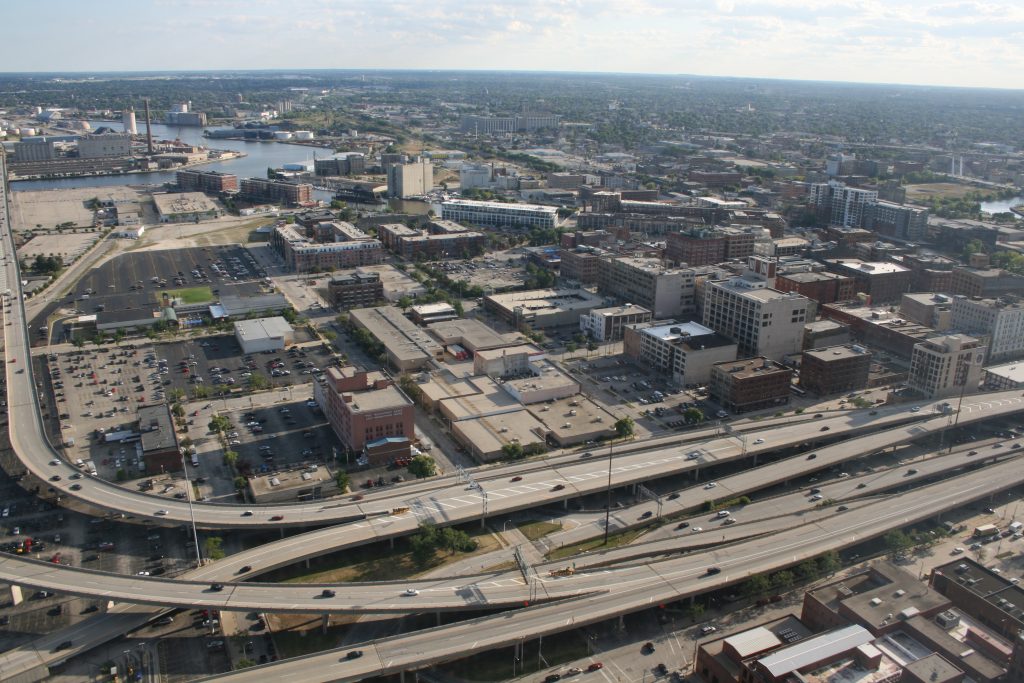 Interstate 794 and the Historic Third Ward in 2008. Photo by Jeramey Jannene.

Livable cities organization the Congress for the New Urbanism (CNU) will name Interstate 794 in downtown Milwaukee as one of its 10 “Freeways Without Futures” in an upcoming report.

The nomination comes as a result of a campaign by the Rethink 794 coalition to replace the east-west portion of the elevated freeway between Downtown and the Historic Third Ward with a boulevard. The organization is asking the Wisconsin Department of Transportation (WisDOT) to formally study a boulevard replacement between N. Lincoln Memorial Dr. and N. 6th St.

“Is the best possible use of the space an elevated freeway? This is the most valuable real estate in all of Wisconsin,” said 1000 Friends of Wisconsin transportation policy analyst Gregg May, a leader of the coalition, in an October interview. The group believes such a change could save money, grow Milwaukee and better connect the city.

CNU will release its full report in April. Since its initial report in 2008, it has released six lists of freeways that it believes should be replaced with boulevards or otherwise eliminated. It also maintains a “Highways To Boulevards” project that features Milwaukee’s 2004 removal of the Park East Freeway as of its 15 examples.

Many of the freeways in CNU’s initial list have been removed or reconfigured, while others have been rebuilt largely as is. Only one, the Claiborne Expressway (I-10) in New Orleans, continues to roll over and appeared on the latest list from 2021.

“This year’s report is the first to coincide with acknowledgment from the federal government of the inequitable and harmful impacts of urban highway construction,” said CNU in announcing its 2023 list. “A number of campaigns featured in the report are applicants for federal Reconnecting Communities grant financing.”

Get a daily rundown of the top stories on Urban Milwaukee
The Interstate 794 project is not one seeking federal funding, at least not yet. But another potential highway removal in Milwaukee could utilize the new grant program. WisDOT and city and county officials announced in May that they would study converting Wisconsin Highway 175 north of W. Wisconsin Ave. into a boulevard and could apply for the federal program.

The 175 conversion project did not make CNU’s list. The Rethink 794 coalition has been supportive of the project, but has pushed what it believes is the even greater development potential of the downtown project.

Based on conceptual estimates, the group believes the underlying 32 acres could see $1.5 billion in new development and generate $15 million annually in new property tax revenue. WisDOT is proposing to rebuild a portion of the highway from 1974 at a cost of $300 million.

And while Milwaukee didn’t get two projects on CNU’s list, Minneapolis did. Interstate 94 between the Twin Cities is included, as is replacing the surface-level Olson Memorial Highway (Highway 55) west of downtown Minneapolis with a more human-scaled street.

Other cities with highways on the list include Albany, Austin, Baltimore, Oakland, Seattle, Tulsa and Youngstown, OH.

“The ten campaigns and the broader Highways to Boulevards movement offer a path for communities to repair, rebuild, and reknit their urban fabric by replacing oppressive, aging infrastructure with assets like city streets, housing, and green space,” wrote CNU in announcing the list and impending report. “These assets become places for people to live, work, and play, with local businesses and sites for public interaction, and improved connections with public transit systems. As end-stage urban freeways and their adjacent corridors offer opportunities for transformation, elected officials and citizens alike can be advocates for change that support socially and economically valuable places.”

The full report is expected to be released in April.

Former Milwaukee Mayor John Norquist led CNU from 2004 to 2014. He was the driving force behind a coalition of partners that removed the Park East Freeway. 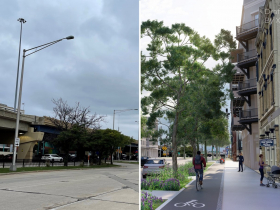 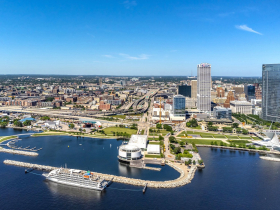 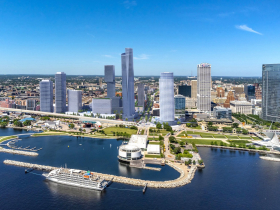 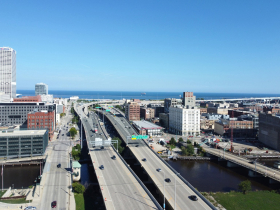 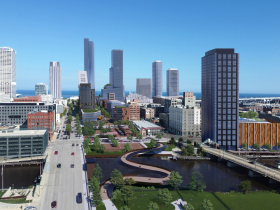 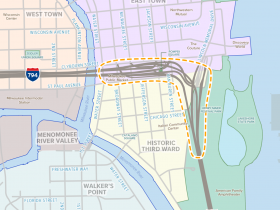 5 thoughts on “Interstate 794 Named Freeway Without A Future”