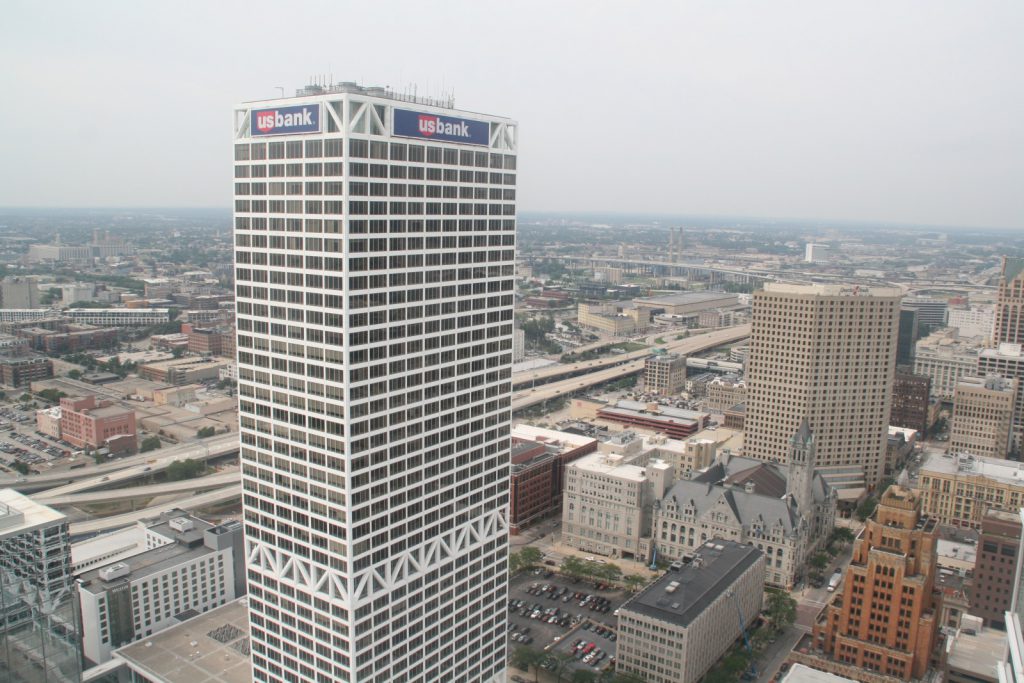 Colectivo Coffee has officially reopened the last of its cafes that were shut down due to the COVID-19 pandemic. The cafe inside of the U.S. Bank Center at 777 E. Wisconsin Ave. is once again operational. Lori Fredrich reports:

The cafe, which opened in 2000 as a kiosk and was transformed into a full cafe in 2015, offers a full menu of coffee, pastries, lunch and all-day breakfast.

It’s a milestone for the local coffee roaster, marking the reopening of its final cafe following the mass closures during 2020.

Last Rites—which gets its name from a U.K. punk band from the ’80s, as well as a song by The Enemy that’s called “Last Rites”—focuses on artists first and foremost. The owners say there will never be a cover charge for any events they host. Instead, artists will be paid a portion of what the bar brings in during events. Unlike many other venues, Last Rites will not take a cut of performers’ merch sales and there will be no charge for sound.

… Last Rites is also planning to assist area organizations. On Christmas night, the business donated a percentage of sales to Street Angels and collected warm weather clothing and cash for the charity as well. You can expect similar fundraisers and collections…

Last Rites also functions as a bar day in and day out. The business is open from 5 p.m. to close Monday through Friday and 2 p.m. to close on Saturday and Sunday. There are daily specials, including a Hamm’s tallboy and a shot of Four Roses for $6, as well as a respectable selection of liquor and wide range of domestic beer, with a few local craft options from MobCraft and New Glarus on hand too. Jones also says Last Rites has recognized the importance of having mocktails, N/A beer, and other non-alcoholic options available.

Los Doggos, the Mexican-style hot dog cart that got its start in 2018, will open for the first time since 2020 by the end of January. Owner Elvis Silva, a full-time barber, has decided to turn his side hustle (the hot dog cart) into more of a full-time endeavor. This also means that the business will receive some upgrades — the cart has been swapped out for a 24-foot trailer as well as new menu items. Graham Kilmer reports:

These hot dogs are wrapped in bacon and covered in enough toppings to make a Chicagoan blush. They include grilled onions, raw onions, jalapeno, mayo, cotija cheese, a soy sauce and cucumber drizzle, tomatoes, mushrooms and shredded Ruffles chips

The bun is no ordinary bun from the grocery. It’s a recipe that Silva had a local bakery make for him. That bakery closed during the pandemic, so he said he’s currently in talks with another local bakery.

The chorizo waffle fries will be back. But Los Doggos is also going to do Sonora Style Carne Asada tacos with hand-made tortillas. These are the tacos Silva grew up eating around Nogales, “in the borderland between Mexico and Arizona.”

Guests at the Skylight Music Theatre now have the opportunity to pair their theatrical viewings with food from Sabrosa Cafe and Gallery. The popular Bay View brunch spot was approached by Skylight’s executive director Jack Lemmon, and Sabrosa’s head chef and co-owner Francisco “Frank” Sanchez jumped at the opportunity. And while the original location specializes in Brunch, the Skylight location will offer a dinner menu. The food, which is created from farm-to-table ingredients, is cooked at Sabrosa’s Bay View location and transported to Skylight. Sabrosa’s Skylight location is open for service for two hours before each show. Kilmer reports:

At first the restaurant was concentrating on small plates and dinner entrees, with items like Chicken Cassoulet and Ginger Glazed Sticky Pork. But, based on demand, the restaurant has begun to add more items that might be on a lunch menu, like sandwiches and paninis, Sanchez said. The menu includes items like a beef pot pie, a maple roasted butternut squash and apple salad, roasted lemon chicken, lobster ravioli, a chicken pesto panini and a sloppy joe. There is also a rotating selection of desserts, or “dolci.”

The marriage of Skylight and Sabrosa has been a “perfect fit,” Sanchez said. Sabrosa was already a part of Milwaukee’s arts community, as it is both a restaurant and a gallery that displays the work of local artists. Sanchez sees other parallels too, between the theater and food service. As he puts it, “a restaurant is live theater.”

The Laughing Taco, the Walker’s Point Mexican restaurant run by Chef Justin Carlisle’s (owner of Ardent and Red Light Ramen) has closed indefinitely. The announcement came via Facebook post on December 31, stating that “It has been a great ride, and it is time for The Laughing Taco to move on.” Jeramey Jannene reports:

The four-time finalist for the James Beard Foundation’s best chef Midwest award opened the restaurant, 1033 S. 1st St., with his wife Lucia Munoz-Carlisle in 2017. It offers a simple menu with a handful of tacos inspired by the cuisine of Muñoz childhood in northern Mexico and beef from Carlisle’s family farm in Sparta.

But don’t expect the brand to just disappear.

The post said The Laughing Taco would continue as one of the vendors at Fiserv Forum. The restaurants at the Milwaukee Bucks’ arena are operated by Levy Restaurants.

Carlisle and Muñoz also have plans to operate the restaurant as a catering and private events company.