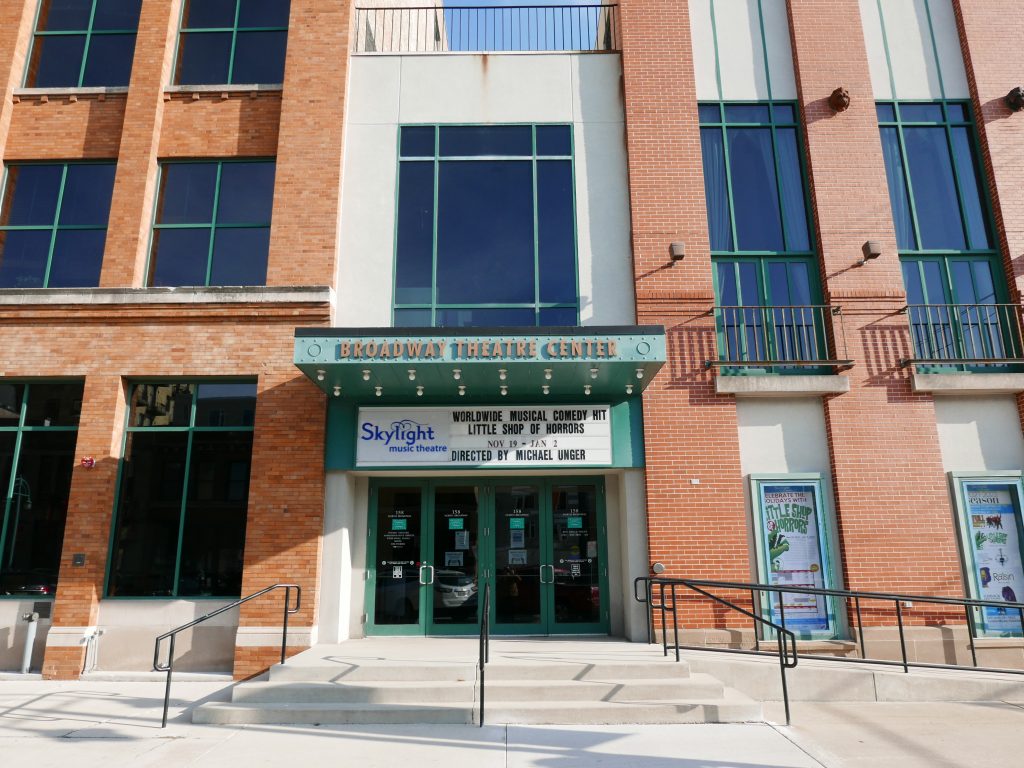 Sabrosa Café and Gallery, the popular Bay View brunch spot, has taken over the bistro at the Skylight Music Theatre in the Historic Third Ward.

Francisco “Frank” Sanchez, head chef and co-owner of Sabrosa Café and Gallery, 3216 S. Howell Ave., in Bay View, was approached by Jack Lemmon, executive director of the theater, to see if he was interested in taking over the Skylight Bar & Bistro on the second floor of the Broadway Theatre Center, 158 N. Broadway. Sanchez opened the original Sabrosa in 2017 with Ruben Piirainen.

There were only a few weeks before the theater reopened with its first show. But Sanchez doesn’t shy away from a challenge. In fact, he told Urban Milwaukee, “I am living for this.”

Sanchez said he and Lemon exhausted all their professional favors and IOU’s for likely the next five years, but they were able to get the restaurant open in time.

Sabrosa at the Skylight is open for service for two hours before each show. The popular restaurant’s Bay View location is a brunch place, but at the Skylight, the focus is on dinner and lunch menu items.

At first the restaurant was concentrating on small plates and dinner entrees, with items like Chicken Cassoulet and Ginger Glazed Sticky Pork. But, based on demand, the restaurant has begun to add more items that might be on a lunch menu, like sandwiches and paninis, Sanchez said. The menu includes items like a beef pot pie, a maple roasted butternut squash and apple salad, roasted lemon chicken, lobster ravioli, a chicken pesto panini and a sloppy joe. There is also a rotating selection of desserts, or “dolci.”

Get a daily rundown of the top stories on Urban Milwaukee
Sanchez said there was some discussion of opening up for lunches for the many office workers in the downtown area during the week. But he said there just isn’t a lot of information out there on running a restaurant out of a theater so they decided against it. “I have to predict based on what I feel the market is at this point,” he said.

The new restaurant at Skylight maintains the standards set at the original Sabrosa, Sanchez said, with a menu built on farm-to-table ingredients. Currently, the food is cooked at Sabrosa’s Bay View location and transported to Skylight where it is stored in hot holders for service.

The marriage of Skylight and Sabrosa has been a “perfect fit,” Sanchez said. Sabrosa was already a part of Milwaukee’s arts community, as it is both a restaurant and a gallery that displays the work of local artists. Sanchez sees other parallels too, between the theater and food service. As he puts it, “a restaurant is live theater.”