Self defense laws and lack of gun control at issue. Is reform possible? 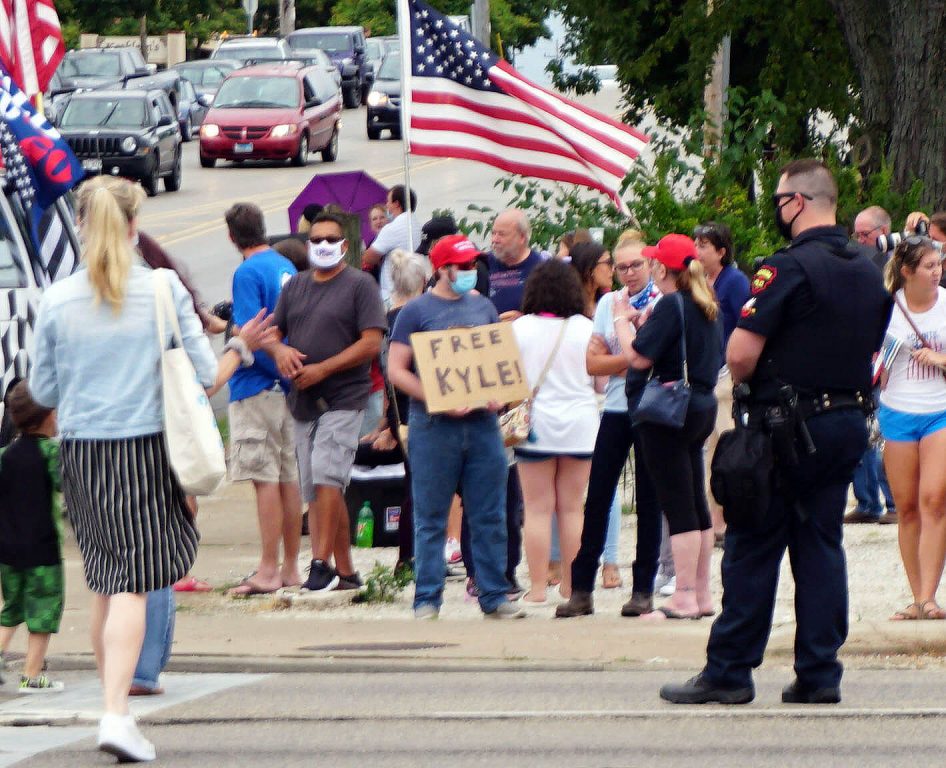 In the wake of the not guilty verdict for Kyle Rittenhouse, there was an explosion of commentary and tweets, with many condemning him (and ridiculing his “white male tears”) and others lauding him as a hero.

But Rittenhouse was a naive 17-year-old with confused dreams of glory flaunting a semi-automatic rifle and a first-aid kit. He is not the problem (and certainly not the solution), but rather the ugly manifestation of laws that threaten to turn the U.S. into a nation of vigilantes.

Prior to the jury reaching its decision, UW-Law School professor John Gross wrote an op ed predicting that Rittenhouse was likely to be acquitted. “Rittenhouse is not barred from… claiming the privilege of self-defense because he was violating a curfew order,” Gross wrote. “While many people feel that carrying an AR-15 assault rifle in public is dangerous and invites confrontation, Wisconsin is one of many ‘open carry’ states where parading down a public street with a military-style assault rifle is permitted. If the jury acquits Rittenhouse, then they will be doing what the law requires them to do.”

The rise of laws allowing people to carry guns into a public space, and older self-defense laws that have not been amended to consider the impact of open (and concealed) carry, appear to give vigilantes with guns more rights than unarmed people. Thus, Rittenhouse was found not guilty for using a military-style rifle to kill someone whose only weapon was a skateboard. And that’s self-defense?

As Josh Horwitz, executive director of the Educational Fund to Stop Gun Violence, lamented, “Only in America can a 17-year-old grab an assault weapon, travel across state lines, provoke a fight, kill two people and injure another and pay no consequences.”

Whatever the result of the trial in the killing of Ahmaud Arbery in Georgia, who was unarmed and ran for more than five minutes to get away from two men carrying guns and chasing him, it offers an even more aggressive claim of self defense: that Arbery, by trying to take away the gun from the man threatening him, gave his antagonist the right to shoot and kill him.

The Rittenhouse decision was particularly infuriating to Black Americans. To Milwaukee County Board Chairwoman Marcelia Nicholson it was proof that America has “two different justice systems” that allow “a white man to kill two people “with no consequences” while a Black man, Jacob Blake “is shot 7 times and paralyzed by police with no semblance of justice.”

Get a daily rundown of the top stories on Urban Milwaukee
It’s hard to imagine that a 17-year-old Black youth killing people with an assault rifle would have gotten the same treatment as Rittenhouse. He “would have been convicted in two hours,” the Rev. Al Sharpton charged.

The message from the trial has been read loud and clear by paramilitary members and proponents. Take Kevin Mathewson, leader of the Kenosha Guard, an armed group that took to the streets of Kenosha at his urging, after his Facebook post went viral, drawing thousands of RSVPs and comments threatening violence. “I felt vindicated” by the Rittenhouse decision, he told the New York Times. “It vindicates people that say, ‘Look, no one’s coming to help, we have to help ourselves.”

North Carolina congressman Madison Cawthorn celebrated the decision, tweeting to his followers to be “armed and dangerous.”

Jeri Bonavia, who runs the Wisconsin Anti-Violence Effort Educational Fund, told the Times the decision would encourage right-wing groups to brandish their weapons at protests, leading to more bloodshed.

Nik Clark, president of Wisconsin Carry, a gun rights group, offered a countering opinion: “I don’t think people want to endure the kind of thing Kyle just went through. So I think they will think twice about picking up their guns.”

Perhaps if they are older, but a young person looking for excitement is not likely to give it such mature consideration. Rittenhouse testified that he wanted an AR assault weapon because he thought it “looked cool.” Yet he didn’t bother to get any formal firearms training. And now he is being celebrated as a hero, and a role model for fellow vigilantes. The details of his trial are boring and easily forgotten.

Meanwhile, polls show most Americans favor background checks on anyone buying a gun and a ban on assault weapons, like the one that Rittenhouse carried. There was a federal ban, which lapsed in 2004, and Republicans have blocked its renewal. And most Americans support restrictions on where people can carry guns.

The Marquette Law School shows 80% of Wisconsin voters support expanding background checks on all firearm sales. And a 2018 poll found 56 percent support and 40 percent oppose a ban on assault weapons.

These figures suggest it should be possible to pursue what Democratic U.S. Senator Tammy Baldwin has called “common sense gun safety reforms.” Reacting to the Rittenhouse decision, she said “I am afraid many more people will become victims of gun violence unless we take action at the federal and state level. To me that’s just common sense that most people in our state would agree with.”

Yes, the NRA has stood in the way of such legislation, but polls suggest many NRA members and gun owners favor some reforms. That might open the way to some kind of bipartisan legislation, but not in gerrymandered Wisconsin, where Republican leaders like Robin Vos dictate policy to GOP legislators, killing any hope of moderation. Vos wants the state as polarized as possible, and the heated disagreement over the Rittenhouse trial helps stoke partisan wars.

The vast majority of voters in Wisconsin also favor nonpartisan redistricting and an end to gerrymandering, which would likely help moderate the views of both parties. Only if that happens is there a chance of common sense reforms. The same can be said in many other states. Meaning that, at least in the short term, we’re likely to see more increases in vigilantism than efforts at reform.