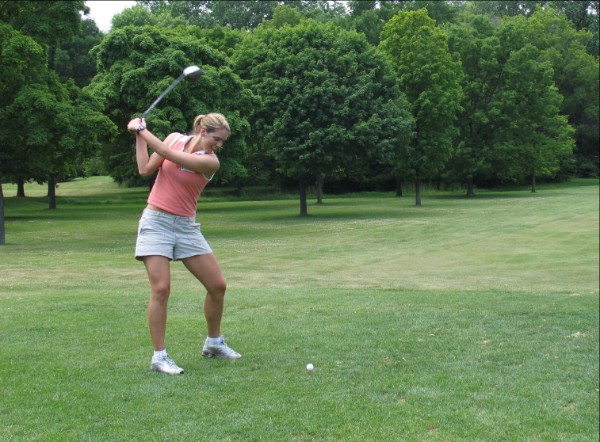 Milwaukee County Parks is looking at two of its public golf courses and thinking about making some changes.

The courses in question are two nine-hole, par three courses at Noyes and Doyne parks. Over the past decade the usage and revenue generated by each course has declined by more than 50%.

“For the past several golf seasons it has become apparent that change is needed at these two courses and our staff have identified the need for a planning process to support a new direction,” stated a report from the department.

In a parks system that was adequately funded, declining revenue at two minor golf courses might not be considered a problem. They’re public amenities after all, not engines for profit. But that’s not the reality for Milwaukee County.

The reality is that the parks department has for years been forced to operate like a business, closely minding revenues and expenditures and searching for ways to make money. The revenue generated by golf courses actually has the ability to make or break the department’s annual budget.

In 2020, an unseasonably warm fall nearly closed the department’s $1.4 million budget deficit, because it allowed golfers in the county to play more and later in the season.

The daily operations of the parks department are so intimately linked with the revenues generated that it leased 46 extra golf carts — which have proven to be a successful money maker — in order to pay for wages of a handful of seasonal employees.

Get a daily rundown of the top stories on Urban Milwaukee
Along with declining use at the two golf courses, both are unstaffed, said Jim Tarantino, interim deputy director of parks. There is a pay station, but this means players are largely on the honor system for paying to golf at the course. Crews from other courses in the county are pulled in to maintain the links at Doyne and Noyes.

This staffing issue is “entirely a product of our staff reductions over the years,” Tarantino recently told the county board’s Parks, Energy and Environment Committee.

Those staffing reductions have been part of the county’s ever shrinking budget. Over the past decade, the county has been forced to make huge cuts in order to balance its budget each year. These cuts included the elimination of more than 1,000 county jobs.

In 2019, the Wisconsin Policy Forum released a report estimating that the county’s list of deferred maintenance and capital projects will likely reach half a billion dollars before the mid-point of this decade.

The bellwether report noted the parks department was the largest contributor to the capital backlog, and said: “A decision to cull a significant number of such projects could generate a need to consider the closure and/or downsizing of entire parks or cultural facilities. That is because at some point, the need to repair buildings and structures and properly pave parkways, trails, and walkways cannot be avoided without threatening public safety.”

In Lake Park, a pedestrian bridge was closed in 2016 out of fear the bridge could collapse. The county’s engineering and risk management departments didn’t think there was a danger of immediate collapse, but there was enough concern to close the bridge. It’s costing the county approximately $3.4 million to fix the bridge, with $1 million of that funding coming from the county’s rainy-day contingency fund.

Supervisor Russell Antonio Goodwin, Sr., whose district includes Noyes Park, said the course is a “gem” and it would be “a loss to the community” if it went away. Sup. Felesia Martin said she would like to see the course at Noyes “brought up to standards” and a marketing “blitz” from parks to let people know the course is there and to encourage the game of golf.

Parks Director Guy Smith said “The irrigation [at Noyes] is shot.” He said the irrigation system would need $250,000 and ideally there should be a full-time staffer at the course.

A report from the department on the situation at Noyes and Doyne indicated the department may consider turning one of the courses into a disc golf course. The report noted that a nine-hole course at Madison Park was converted for disc golf and it’s since had more usage by the public.

The report also mentioned the possibility of a practice course “that allows the public to practice and become comfortable with the sport without having to commit to a full 9 or 18-hole round of golf.”

Parks already has a partnership with the non-profit First Tee at Noyes where the organization provides golf lessons.

“Golf in general has struggled with increasing the diversity of golfers in all aspects,” the report stated. “One area that can be addressed to increase diversity is to lower the barrier to entry for new golfers.”

If parks moves to restore the golf course, as supervisors indicated they favor, it’s going to require two things in short supply for the department. Director Smith put it this way: “Honestly it’s capital and staffing that would be required.”