One project in Milwaukee one in Glendale, both would be made safe for public use. 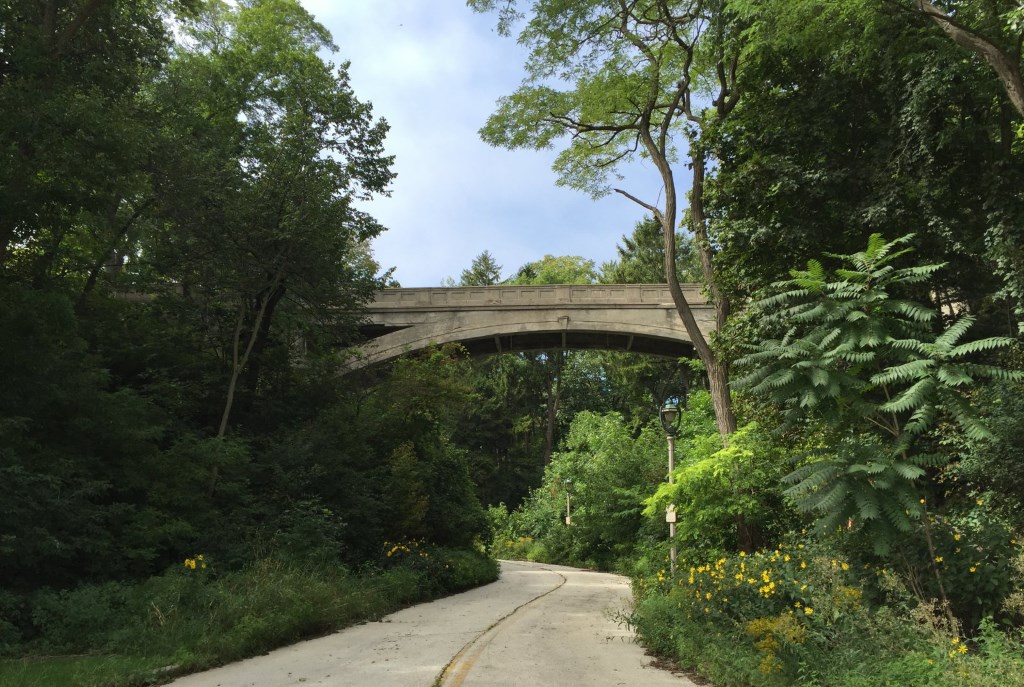 The good news: A pair of highly anticipated projects in the Milwaukee County Parks system are moving forward sooner than expected after their financing became intertwined. The bad news: the projects illustrate the continuing deterioration of the county parks.

After county officials rearranged some budget appropriations, and received new guidance from the Wisconsin Department of Transportation, construction will likely begin this year on repairs to both the Ravine Road Bridge in Lake Park and the sinkhole on a portion of the Oak Leaf Trail located in Glendale.

The 110 year-old Ravine Road Bridge in Lake Park has been closed since 2016 on the recommendation of the county’s engineering and risk management departments.  The county said the bridge was not in immediate danger of collapse, but opted not to test that conclusion with further public use.

In 2019, a Transportation Alternatives Program (TAP) grant for $2 million was awarded by WisDOT to rehabilitate the bridge and make it safe again for public use. After planning and design work finished in 2020, the county learned that $2 million wasn’t going to be enough. The latest estimate for total project costs is $2.6 million, said Karl Stave, acting director of Architecture, Engineering and Environmental Services for the county, at a recent meeting of the County Board’s Finance Committee.

Enter another parks project, the sinkhole on the The Zip Line trail — a six-mile northwesterly extension of the Oak Leaf Trail that runs from Estabrook Park to Brown Deer Park and joins the Ozaukee Interurban Trail, thereby connecting downtown Milwaukee all the way to Ozaukee County. In October 2020, the county received a TAP grant for $530,000 and a Recreational Trails Program Grant for $45,000 to repair a deteriorating culvert in Glendale running underneath the trail that had created the sinkhole. 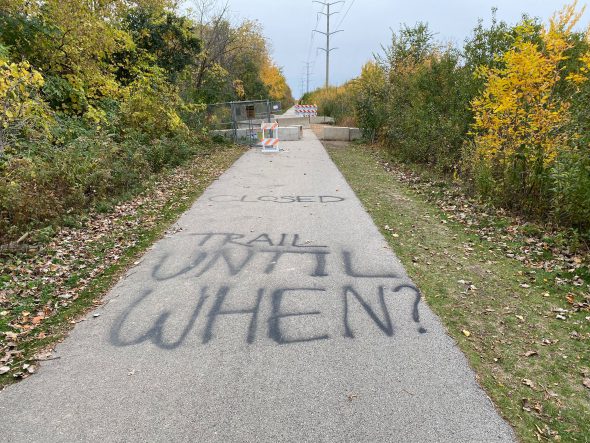 Rules surrounding when TAP funds can be used in a given fiscal year have aligned in a manner that will allow construction on both projects to begin in 2021. WisDOT also requested that the county begin using the TAP funding for the bridge repairs in the current fiscal year (2021). That allows TAP funds for the sinkhole project to be used in the next fiscal year, which, in turn, means the county can begin construction on the project in the second half of this year.

So, if everything goes according to plan, the county will soon start looking for a contractor to repair the bridge in Lake Park, and construction work will begin after July for the sinkhole.

The shifting funds and revised timelines mean that both projects will likely begin and be completed much sooner than expected.

The speed with which the sinkhole project is coming together is rare for TAP projects, which can take years from being awarded a grant for construction to begin. An example being the bridge project: it was awarded a TAP grant in 2019, and it is only now ready to begin construction.

The two projects are also illustrative of the dire state of the county parks’ infrastructure and how friends groups and private donations are playing a growing role in maintaining the parks. The county has a massive backlog of capital projects and limited funds to apply them, never quite managing to pare down a list that grows every year.

Lake Park Friends raised funds that were used by the county for planning and design of bridge repairs. In November 2020, the county and the organization reached an agreement whereby Lake Park Friends will put $300,000 into a maintenance fund that, even given an interest rate of 1%, will yield the $607,000 needed for maintenance over the 50-year lifespan of the bridge. In October, a friends group, Friends of the Trails, raised more than $18,000 in less than three months for the sinkhole project.

All over the county there is parks maintenance and capital projects that need funding. A 2019 report by the Wisconsin Policy Forum called the backlog “seemingly insurmountable.” The report even said that unless revenue conditions change, the county would eventually be forced to consider “the closure and/or downsizing of entire parks or cultural facilities. That is because at some point, the need to repair buildings and structures and properly pave parkways, trails, and walkways cannot be avoided without threatening public safety.”

Both the bridge in Lake Park and the sinkhole on the Oak Leaf are examples of parks infrastructure deteriorating to the point they were no longer safe for public use. This time, the county managed to find the funding to repair them. 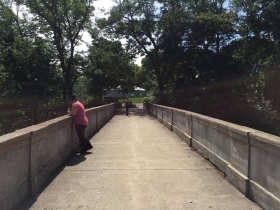 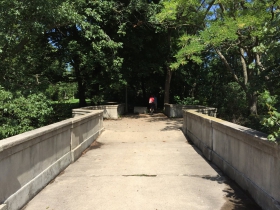 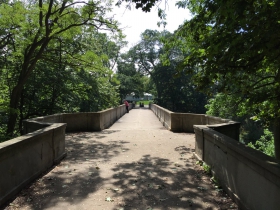 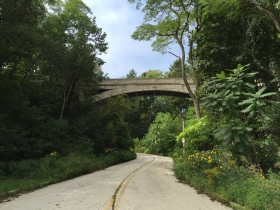 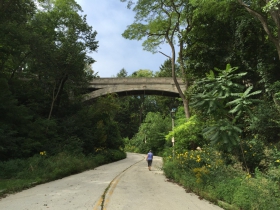 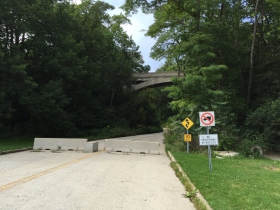 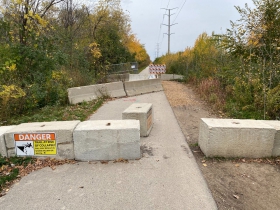 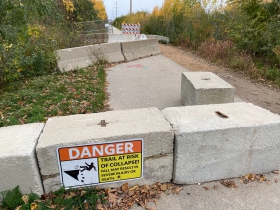 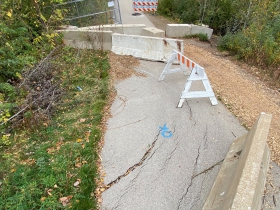