Plus: A recap of the week's real estate news includes lots of projects. 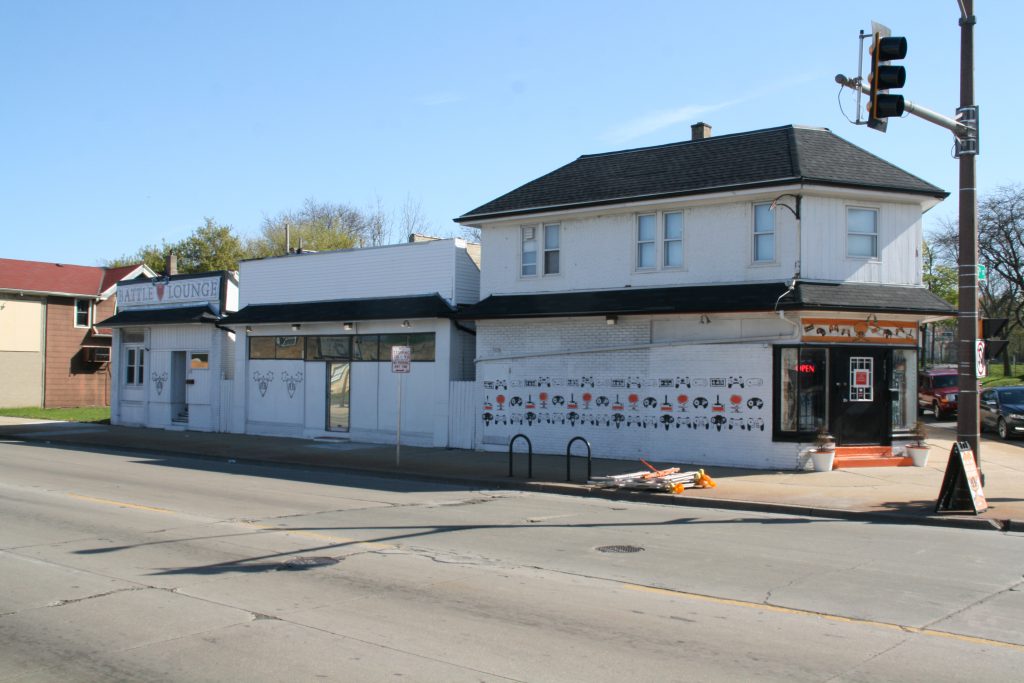 Bryant Wilcox, his wife Joyce and son Bryant Adams are living out their entrepreneurial dreams and transforming the city’s Uptown neighborhood.

“We had a vision to turn this corner on 55th and Lisbon into an epicenter of geek stuff,” said Wilcox to members of the Zoning, Neighborhoods & Development Committee Tuesday.

“Milwaukee doesn’t have a lot of safe, controlled spaces if you know what I mean,” said Wilcox. “If you are into gaming, if you are into comics, we want you to have safe space.”

The business started out of Wilcox’s home in 2003, but Battlebox bought the city-owned building at 5431 W. Lisbon Ave. in 2016 for $30,000. The store sells new games and figurines as well as vintage consoles and games.

In 2018, Battlebox bought the building to the east for $2,000. It was renovated into a members-only lounge over the course of two years and opened in January 2020. Then the COVID-19 pandemic resulted in its temporary closure and cut off revenue.

But Wilcox has bootstrapped the entire process, eschewing traditional financing in favor of using savings and a pay-as-you-go approach. “I would sell a Playstation and go buy a toilet from Menards,” he said Friday during an interview.

The absence of bank loans is one of the things Wilcox attributes to still being operating a year later. “My friends had loans and now they are done,” he said, discussing other stores.

A focus on building a community with customers is the real driver.

Get a daily rundown of the top stories on Urban Milwaukee
The store has drawn thousands of customers from across the Milwaukee area, and even some from out of state. Wilcox said he avoids selling online, or to other store owners, whenever possible so that people coming into the store have a great experience with access to new titles and vintage games. He said he has watched other stores sell aggressively online and as a result have stores with empty shelves. “Why are you doing that to the people that support you?”

The self-described blerd (Black nerd) has built a community of a few hundred members who have access to the lounge and must adhere to a code of conduct. There is no fee to be a member, but you need to be approved by Battlebox to join. “You want to be comfortable with people,” he said. The rules for the space include a prohibition on the discussion of politics or swearing.

“This is an oasis,” he said, describing a vision of a safe space not just for the neighborhood but the entire city.

Wilcox said the lounge primarily makes money via sales of alcohol and food. People come to participate in tournaments, including a recent one based on the new Mortal Kombat movie, or just hang out. “Some just come for their bar nights out,” he said.

“This property we are trying to get today will add to everything we have going on,” Wilcox told the committee.

A vacant lot, 5413-5415 W. Lisbon Ave., immediately east of the lounge would be converted into a patio for members.

A two-story warehouse, 2510 N. 55th St., immediately south of the vacant lot would become a multi-purpose gaming complex, with space for exhibitions, events, design and development. Renovations include replacing the roof, replacing the flooring, updating the plumbing and HVAC system and repairing windows.

“That roof is expensive,” said Wilcox Friday. Project costs are estimated at $125,000 according to a city report. The city will sell the properties, acquired via property-tax foreclosure, for $7,500.

But Wilcox is hopeful a post-COVID-19 rebound will accelerate fundraising. “We don’t want it to take two years,” he said.

The business takes the pandemic seriously, with Wilcox adhering to a strict mask mandate and requiring shop customers to call before they arrive to prevent crowding. He said he sees the behavior as positive modeling for the neighborhood and community, and hopes it is preventing cases from spreading.

Those looking to learn more are encouraged to visit Battlebox’s Facebook page and call ahead to visit. 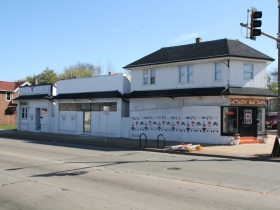 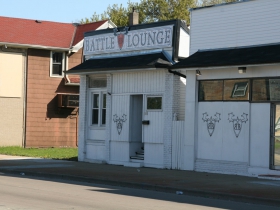 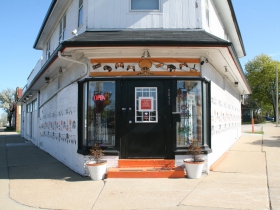 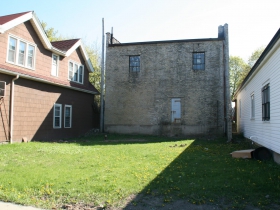 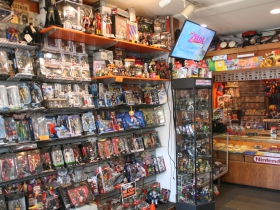 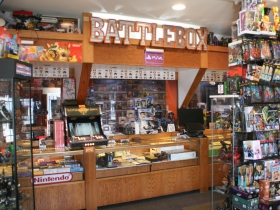 It’s becoming hard to miss the construction of Komatsu Mining‘s new headquarters and manufacturing campus in the Harbor District.

The 176,000-square-office building is now covered in glass and the massing of the 430,000-square-foot factory is nearly complete, rendering both visible from many streets in nearby Walker’s Point and while crossing Hoan Bridge. Those leaving Bay View via S. Kinnickinnic Avenue see the factory’s frame as they cross the Kinnickinnic River and pass what will be the complex’s southern entryway.

The City of Milwaukee selected SmithGroup to design the largest one-time addition to the Milwaukee RiverWalk.

With city approvals nearly complete on a proposed 205-room hotel across from Fiserv Forum, the Milwaukee Bucks are pursuing plans to build an office building and apartment complex.

The Common Council’s Zoning, Neighborhoods & Development Committee unanimously recommended approval of a zoning change for the project on Tuesday. The full council will consider the proposal on May 4th.

The Bucks, according to a presentation by team president Peter Feigin last week at a Marquette University real estate event, are now pursuing the development of a 250,000-square-foot office building for the land just behind the proposed hotel.

Ten proposed affordable housing projects for Milwaukee secured critical financing awards Tuesday, but the biggest project of them all was put on hold.

A total of 13 Milwaukee projects representing 959 affordable apartments were submitted for low-income housing tax credits in January. But with 54 projects submitted statewide, there aren’t enough credits available to satisfy the demand.

Milwaukee Tool‘s proposal to bring up to 2,000 jobs to downtown Milwaukee in exchange for up to $20 million in city cash was subject to almost four hours of debate Tuesday by the Common Council’s Zoning, Neighborhoods & Development Committee.

“One of the reasons we want to expand into the city of Milwaukee is to draw on a larger and more diverse labor pool than we are able to today,” said company chief financial officer Ty Staviski. The Brookfield-based company also needs space, and quickly. It estimates it is currently short space for 800 employees. “The jobs we are looking at adding are all new jobs, some of those have been filled already.” It expects the average salary of the jobs to be $75,000.

And while a number of community leaders testified in support of the agreement and its expected spillover benefits, council members are more concerned with what’s not in the deal than what is. They amended the agreement to add a reporting requirement on employee race, gender, residency and wages.

E-commerce entrepreneur Josh Delaney is seeking to develop an office building at the corner of N. Jefferson St. and E. Pleasant St.

“This building will provide an office space for our business,” wrote Delaney in a one-page filing. The application says four jobs would be created and three retained as part of a $2.5 million investment.

It’s no secret that construction costs are growing quickly.

The soaring price of lumber, now at an all-time high, has made national news. According to the National Association of Home Builders, the increasing price of lumber has added $24,000 to the cost of building a new home.

But it’s not the only material price that is climbing. Since the start of 2019, copper pipe costs are up 45% and PVC pipe 27% according to Mortenson Construction.

Most would see a money pit. JB Lathers saw opportunity.