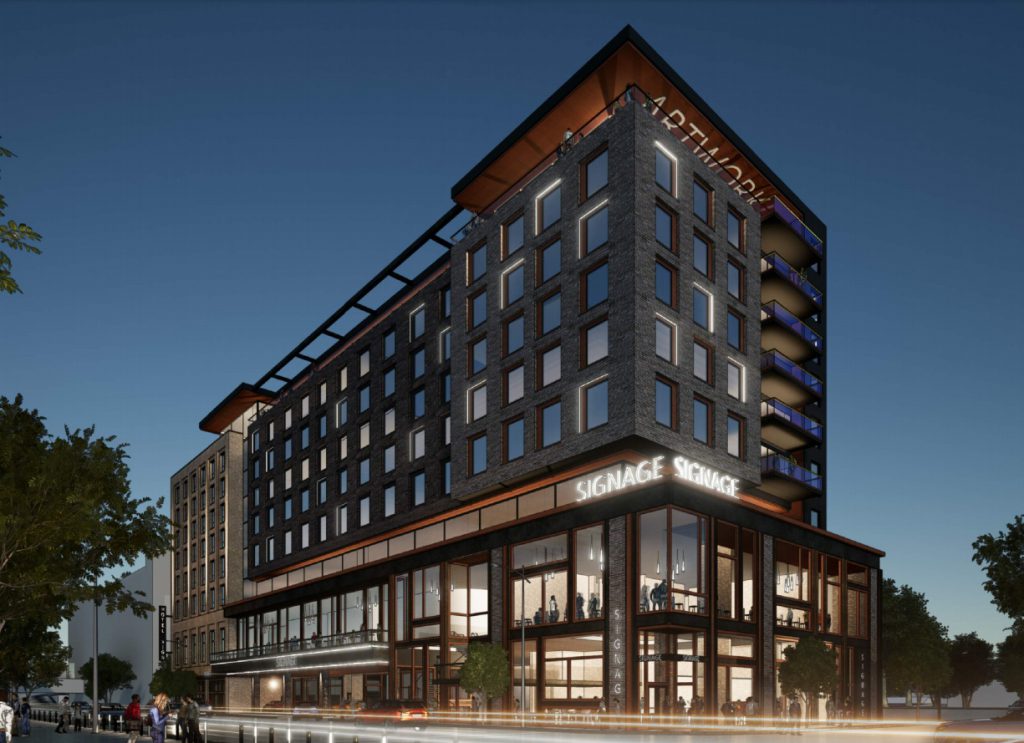 With city approvals nearly complete on a proposed 205-room hotel across from Fiserv Forum, the Milwaukee Bucks are pursuing plans to build an office building and apartment complex.

The Common Council’s Zoning, Neighborhoods & Development Committee unanimously recommended approval of a zoning change for the project on Tuesday. The full council will consider the proposal on May 4th.

The Bucks, according to a presentation by team president Peter Feigin last week at a Marquette University real estate event, are now pursuing the development of a 250,000-square-foot office building for the land just behind the proposed hotel.

The lot, formerly occupied by the elevated Park East Freeway, is bounded by W. McKinley Ave., W. Juneau Ave., N. Vel R. Phillips Ave. and N. 5th St. The hotel would line the south side and the office building the north side. A parking structure would be constructed between the two buildings.

The former freeway block to the east, used as a construction staging area for the arena, would be used for apartment development.

“It’s literally the pieces of living and working, and how do we populate the neighborhood,” said Feigin, echoing a theme has repeatedly used of building a neighborhood around the arena that is active on non-game days.

Get a daily rundown of the top stories on Urban Milwaukee
Feigin said the office building and apartment complex are being pursued in tandem. The team began formally seeking partners for the apartment complex, which would run as far east as N. Martin Luther King Jr. Dr., last fall.

The Bucks similarly selected North Central through a competitive bidding process. The hotel developer will own the hotel through a long-term land lease.

Construction is expected to begin in September.

The hotel would include restaurants on the first and ninth floors as well as first-floor commercial space and an 8,700-square-foot event and meeting space on the second floor with outdoor terrace. Select guest rooms would have balconies.

Department of City Development planning manager Sam Leichtling told the committee that it would be a high quality building. “We had a very productive back and forth with the team,” he said of North Central and project architecture firm Gary Brink & Associates.

A formal name for the hotel has not been released yet. But North Central vice president Andy Inman reiterated Tuesday that the branding would be unique within the Marriott Autograph brand. He said it would be homage to Milwaukee’s history as a fur trading post and the “calloused hands that built the city.”

For more on the proposed hotel, including a floor targeted at basketball teams, see our coverage from March 29th of the proposal’s review before the City Plan Commission.

As part of the arena financing plan, all development proposals in what is now known as the Deer District must receive special zoning approval.

As part of the consideration for the county selling the land for $1, North Central and the Bucks will have to pay for the costs to remove the concrete piers buried just below the surface that once supported an elevated freeway that crossed the site. A site plan identifies 12 piers within the footprint of the building that need to be removed. Similar piers will be found elsewhere in the former freeway footprint.

The team previously selected Royal Capital Group to develop Five Fifty Ultra Lofts on the west side of the arena parking garage. That building opened in 2020. Through its real estate affiliate, the team also developed three entertainment-centric buildings on the east side of Fiserv Forum and attracted a number of tenants.

The Bucks previously released a conceptual master plan for the parcels surrounding the arena. Designed by Eppstein Uhen Architects, the proposal includes general massing and uses for each site, but not final designs. 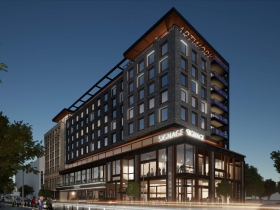 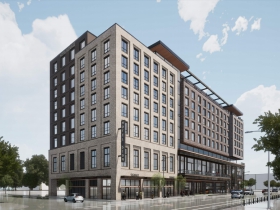 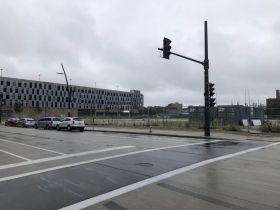 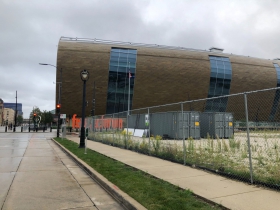 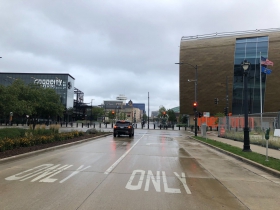 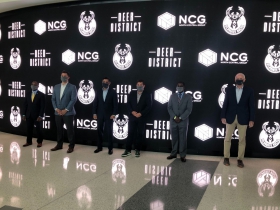