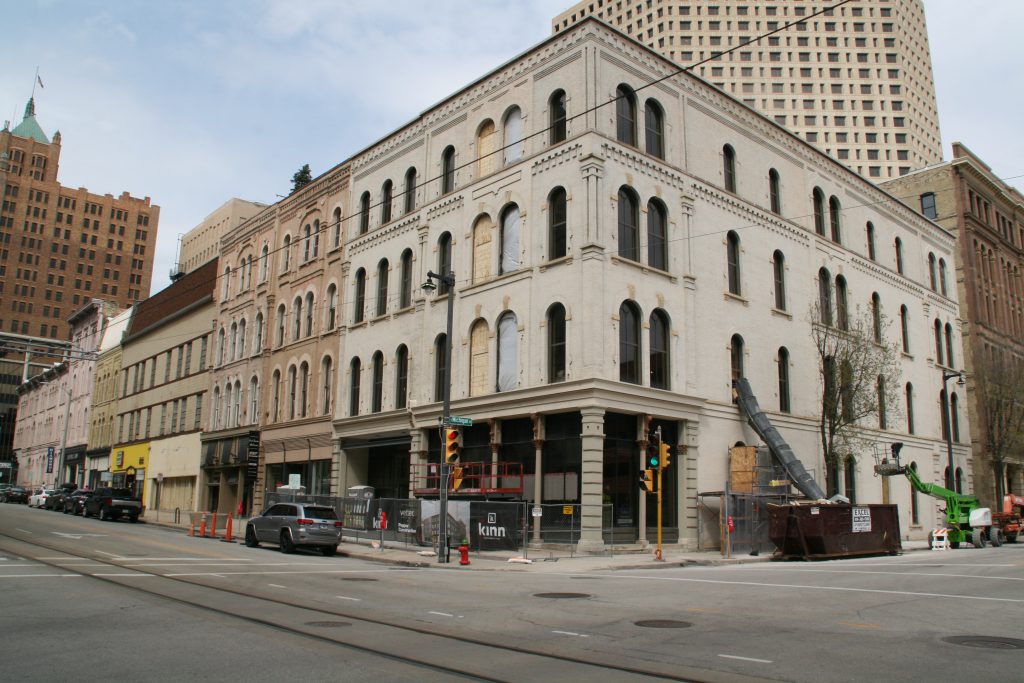 The Milwaukee downtown hotel boom continues, even with a pandemic cutting revenue and canceling events.

Construction is underway on Kinn MKE Guesthouse, a 32-room hotel being created in the four-story office building at 602-606 N. Broadway.

Charles Bailey is developing the hotel, a scaled-up version of his successful Kinn Guesthouse in Bay View. That eight-room hotel, with restaurant Sorella on the first floor, is located at 2535 S. Kinnickinnic Ave.

Bailey, who operates Joca Properties, is adding a fifth floor to the building that will contain a bar and rooftop deck that will function as an event venue. He previously proposed adding five floors, and then just three, but failed to persuade members of the Historic Preservation Commission. The first floor will contain a restaurant. The property is part of the East Side Commercial Historic District.

The revised proposal, where the addition won’t be visible from the front of the building, allows Bailey to access federal and state historic preservation tax credits to cover a portion of the development costs.

A proposal is currently pending before the commission to add a large sign above the entryway.

An affiliate of Bailey’s Joca Properties purchased the property for $2.1 million from J. Jeffers & Co. in September 2019 with a push to get the building complete in time for the July 2020 Democratic National Convention.

Get a daily rundown of the top stories on Urban Milwaukee
The COVID-19 pandemic intervened, both with the hotel timeline and the convention, but the project is still moving forward.

John Vetter of Vetter Architects is serving as the project architect. Pepper Construction is leading the general contracting.

Much of the block, was originally built as one structure, the Lawrence Block, in 1868.

Kinn MKE is one of many downtown hotel proposals in various stages of development. A four-story building at 790 N. Jackson St. is being converted into the Adams Hotel. The second floor will contain 11 guest rooms while the upper floors are left as raw space for future development. The Milwaukee Bucks are partnering with North Central Group on a Marriott Autograph Collection hotel across from Fiserv Forum. A Tempo by Hilton hotel is proposed for the southeast corner of the former Journal Communications property in Westown. And the Hoffco Shoe Polish building in the Historic Third Ward would get an 11-story addition as part of a conversion to a Marriott Tribute brand hotel. 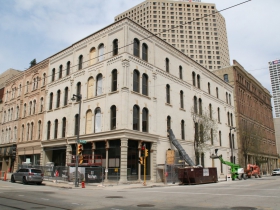 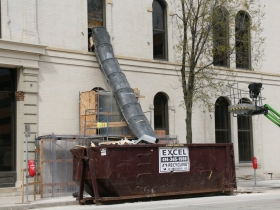 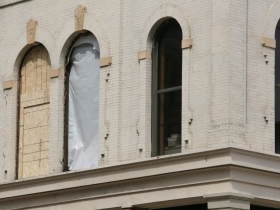 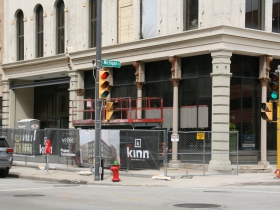 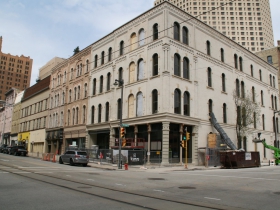 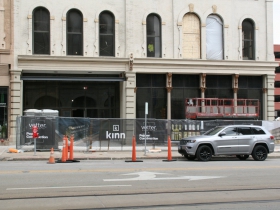 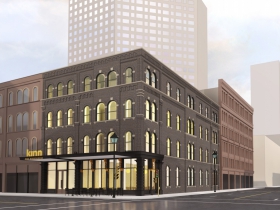 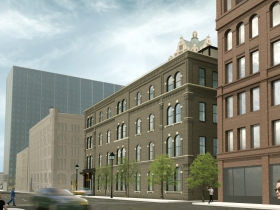 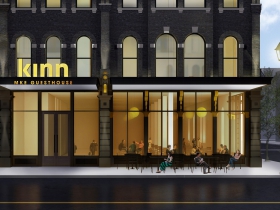 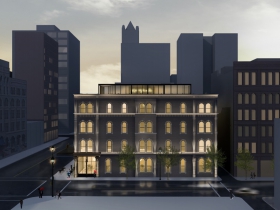 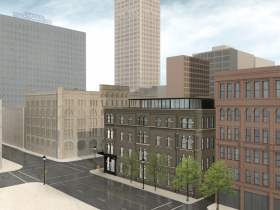 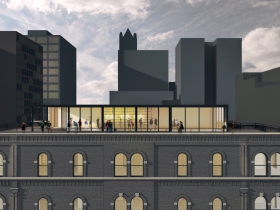