Hoffco building would create base for 11-story, 102-room hotel; gets conceptual okay from design board. 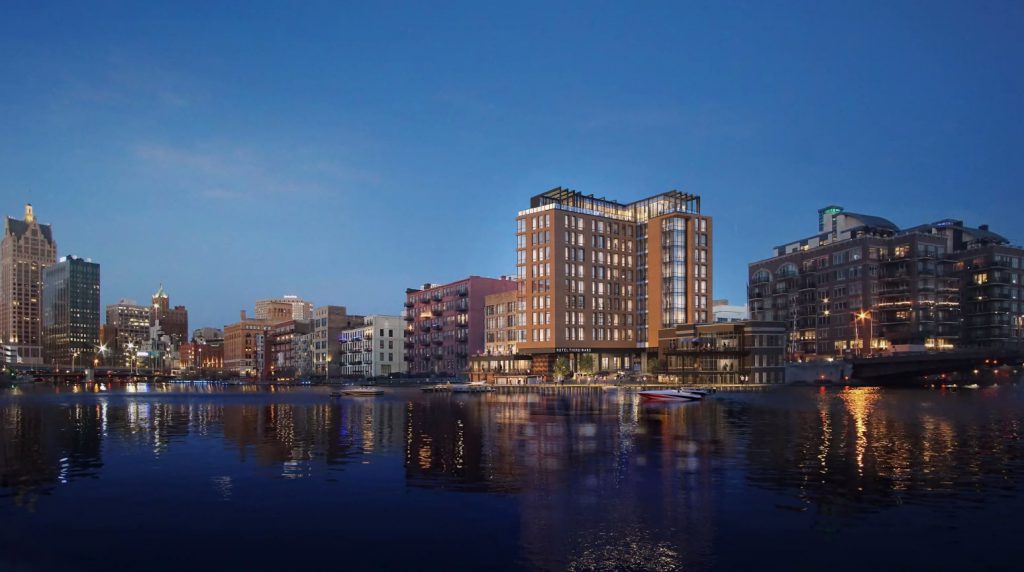 “This flag is probably the strongest and most unique in the Marriott line,” said Mark Wimmer, president of Wimmer Communities. The company would develop and operate the hotel. It presented the plans to the Historic Third Ward Architectural Review Board on Wednesday afternoon.

“We have looked for years to expand into the Downtown market,” said Wimmer. The company, based in Hales Corners, owns more than 30 apartment complexes with more than 5,000 rental units. Wimmer said the company also owns a handful of hotels and plans to develop more.

The fifth-generation, family-owned company acquired the property in April 2019 for $3.3 million. “When we were able to acquire the Hoffco building we took it as a real opportunity, but took our time to learn what would be good for the neighborhood,” said Wimmer.

The building, constructed in 1892 according to the Wisconsin Historical Society, was the long-time home of the Harri Hoffmann Company. Known for its Hoffco Shoe Polish, the company was based at the building since 1963. The structure was originally built for a predecessor firm of Laacke & Joys. Hoffco was the last manufacturer operating in the neighborhood, with the company run by Harri’s daughter Lorraine Hoffmann until her death in July 2017.

The developer and his brother, also with the firm, purchased the former firehouse immediately south of the building in 2018 and are redeveloping it into a multi-unit residential structure. Wimmer said it served as a gateway into understanding the neighborhood. The surface parking lot between the two buildings would be merged into the hotel property.

Outdoor seating for a restaurant would line the riverwalk on the building’s first floor. “We are trying to keep the lower portion of the building permeable and accessible,” said Brian Wolff, an architect with Eppstein Uhen Architects. Walking the board through the plan, Wolff said the design would preserve sightlines to the river from the building’s Water Street side and an access point to the riverwalk.

The board unanimously gave the project conceptual approval, with the proposal to eventually come back with a final design. It also may need a zoning change from the city.

Architectural Review Board coordinator Matt Jarosz, a UW-Milwaukee architecture professor, said Wimmer and Eppstein Uhen had done a good job working to comply with the neighborhood design guidelines. He pointed out a series of smaller changes to be made, including material choices and called them “fundamentally correctable.”

Jarosz called the height reasonable, given the significance of the site. It’s at the confluence of the Milwaukee and Menomonee rivers and highly visible from the south. The slight slopes downward to the confluence, creating a design challenge that the development would solve by using the new building’s first level as a circular driveway.

Greg Uhen, Eppstein Uhen partner, said the proposed height was necessary to achieve the room count to make the project financially feasible. It’s based on the neighborhood design guidelines allowing a 30% increase in height over a nearby building.

“I’m very glad to see you embracing contemporary architecture,” said ARB board member Michael DeMichele. He said others have tried to copy historic building designs. “It would be a vast improvement to the entrance to the Third Ward.”

“We are trying to emulate the heft of what these historic buildings were,” said Wolff. Uhen noted that using modern construction materials and methods would yield a masonry building with modern interiors.

“It really fits the site nicely,” said ARB member Mark Lawson. He said would like to see better integration between the historic building and new structure. “But generally it’s a major improvement to this entryway to the ward.”

“It’s a very attractive building and very clever solution,” said ARB member and Department of City Development planner Greg Patin. He asked a series of questions about the pedestrian experience between the building and riverwalk. He said he expected the 100,000-square-foot proposal to need a zoning variance.

Board member and area Alderman Robert Bauman said he was briefed on the proposal and thought it was “fine.”

The proposed hotel would be the second for the neighborhood following the Kimpton Journeyman Hotel, 310 E. Chicago St., which opened in 2016. 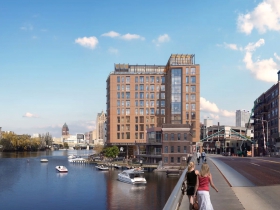 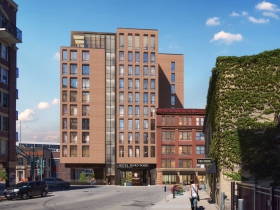 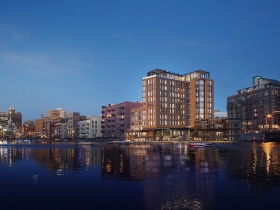 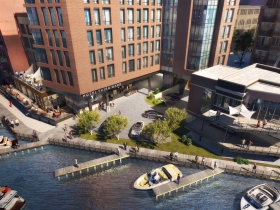 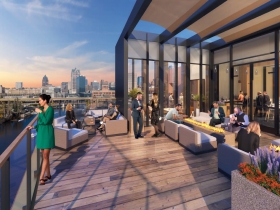 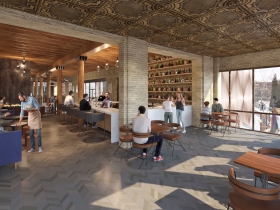 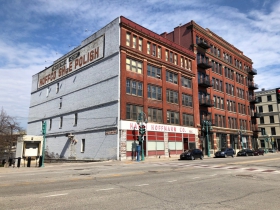 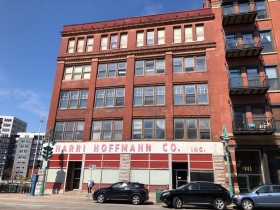 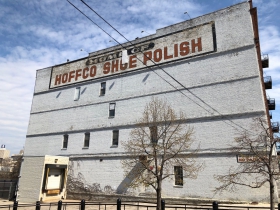 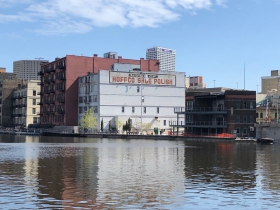