Police department 'must repair its relationship with many community members.’

By Isiah Holmes, Wisconsin Examiner - Feb 23rd, 2021 10:43 am
Get a daily rundown of the top stories on Urban Milwaukee 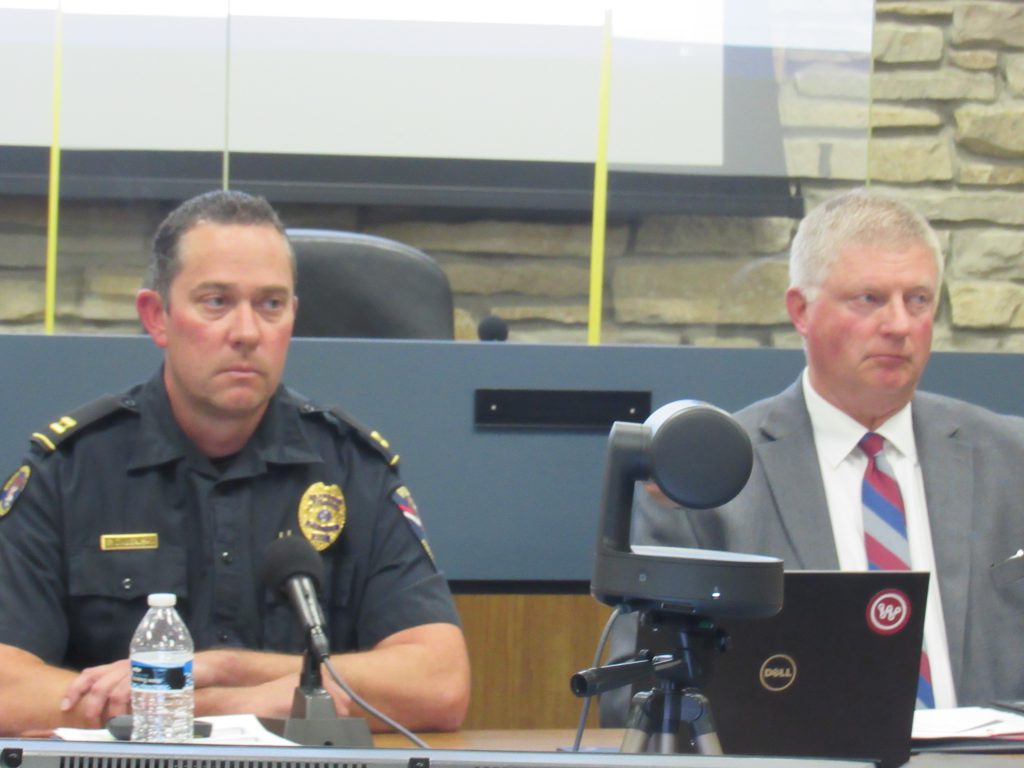 The American Civil Liberties Union of Wisconsin (ACLU) has issued a letter to the Wauwatosa Police and Fire Commission (PFC) calling for an “open and inclusive process in the selection of the next Wauwatosa police chief.” Barry Weber, who has served as Wauwatosa’s police chief since 1990, has said he will retire in June.

Weber’s retirement was announced in the wake of a number of controversies regarding the way his department policed Black Lives Matter protests, and as lawsuits over officer conduct during the protests are filed against the city. The PFC has hired an outside firm to select a new police chief.

“As the PFC Commissioners know, the City of Wauwatosa is at an inflection point,” the letter reads. “Over the last year, the community has seen frequent demonstrations and protests calling for reforms to the WPD, including to its leadership and culture, and for the firing of Officer Joseph Mensah who, while on duty, shot and killed three people over the last five years.”

The letter added that, “it is clear that WPD must reset and repair its relationship with many community members, in particular with community members of color. The hiring process for the new chief is an opportunity to start this work.” The letter is signed by Molly Collins, Wisconsin’s advocacy director for the state ACLU.

The ACLU of Wisconsin is urging Wauwatosa’s PFC to include the public’s input as promised, and to search for chief candidates nationally. A similar process played out in Milwaukee, after Chief Alfonso Morales was demoted from his position in the Milwaukee Police Department.

“Ultimately, it will be the new chief that will set the culture and priorities for the WPD moving forward,” the ACLU’s letter reads. “The community deserves a hiring process that is transparent and centers on those communities most harmed by police misconduct and over-policing. As such, extensive public input and engagement are critical to successfully selecting a new chief who will ensure fair policing in the city.”

Attorney Kimberley Motley, who represents the families of people killed by Mensah, and others have called for Weber to step down immediately, and for an interim chief to be appointed until a finalist is selected.