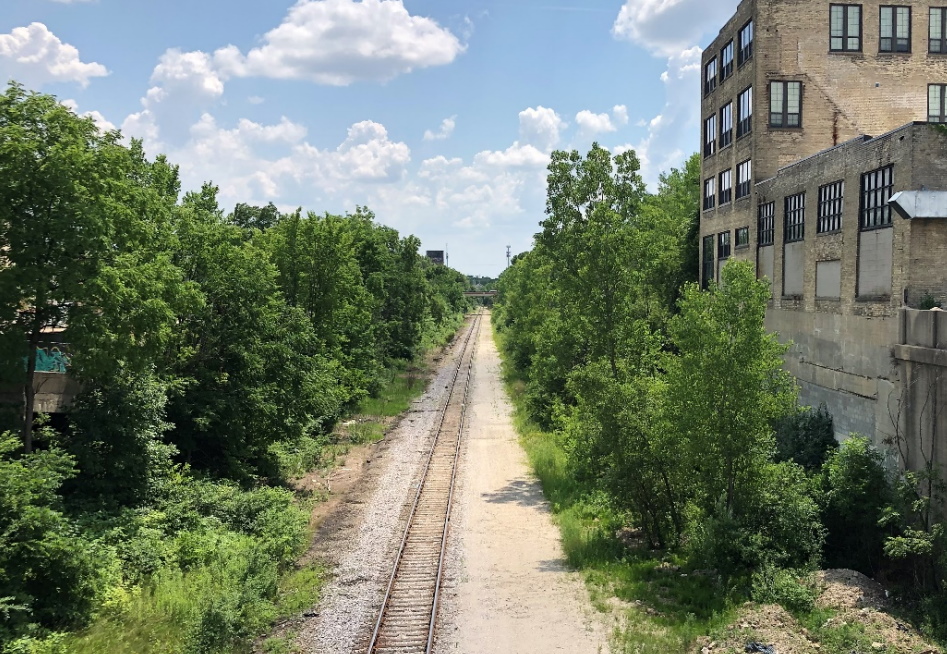 30th Street Corridor. Image from the City of Milwaukee.

An underutilized rail corridor through the middle of Milwaukee could gain a paved, shared-use trail under a new plan from the City of Milwaukee, Milwaukee County, The Corridor Business Improvement District and Rails-to-Trails Conservancy.

Planners have identified the north-south, 6.7-mile corridor as a target for years, and a plan released Wednesday identifies issues and opportunities while providing a roadmap for next steps to create a trail for bikers, pedestrians and perhaps even commuter rail.

The corridor runs from approximately W. Silver Spring Dr. near N. Sherman Blvd. south to the Menomonee Valley and Hank Aaron State Trail. At its southern terminus, it would connect with the existing off-street trail network, while at multiple points along its northern leg it would connect with underserved neighborhoods and future planned trails.

“We view this project as a catalytic component of our efforts to revitalize Milwaukee’s 30th Street Corridor,” said The Corridor executive director Cheryl Blue in a press release. “Though it will provide huge social and health benefits to the residents, we are determined that the economic impact benefits Black Milwaukee as well.”

A Rails-to-Trails study identifies the corridor as the most important potential trail investment in the region in terms of creating more equitable trail access. The 700-mile Route of the Badger initiative identifies the trail as a key link in a regional trail network.

Constructing the 30th Street Corridor trail and a planned extension of the Kinnickinnic River Trail would increase the number of Milwaukee residents with “safe” access to an off-street trail from 25,000 to 200,000 according to the report.

“This trail has the potential to strengthen neighborhoods in and around the 30th Street Corridor and provide more equitable access to outdoor recreational space, reducing health disparities and moving forward the city’s goals in racial equity,” said Mayor Tom Barrett in a statement. “This is a challenging project, but the city is committed to working with partners and the community to continue to ensure this project benefits residents and businesses.”

The rail line serves the Century City business park and a number of other industrial users. But the number of active users has fallen dramatically from its mid-century peak, most notably with the closure of Tower Automotive’s campus along W. Capitol Dr. Plans call for maintaining the active, single-track line while adding a paved, 10-foot-wide trail to the side.

The study identifies pinch points, properties with direct rail line access and spots where new bridges may be needed. It also provides cost estimates for different configuration options, including guidance on construction of a barrier between the rail line and trail (a chainlink fence is the cheapest option).

The rail line and surrounding land is owned by Canadian Pacific and leased to Wisconsin and Southern Railroad.

“The next step for a potential trail project is to craft and implement an equitable development strategy that will incorporate neighborhood leadership on the intersectional issues at play in the neighborhoods around the 30th Street rail corridor,” says the study.

Funds would need to be acquired for design, engineering and construction. The city and county routinely seek, and secure, such grants and the study lists a number of available programs.

The trail isn’t being planned in a vacuum. It’s one of 45 projects identified in the Connecting the Corridor Action Plan released in late 2020. That plan attempts to coordinate resources to maximize investments by sequencing projects and identifying funding opportunities.

A number of nearby trail projects are being actively advanced.

Last week we reported on a fundraising and planning effort to improve and extend the Beerline Trail in Riverwest and Harambee.

The study also explores how another prospective corridor use, a commuter rail line, could work with the freight rail line and trail. In many areas, the study authors conclude that all three uses could exist with dedicated lanes.

A full copy of the study can be found on Urban Milwaukee. 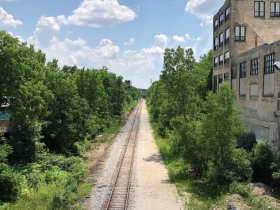 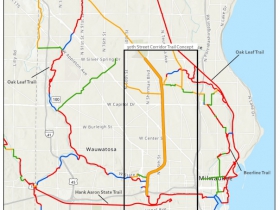 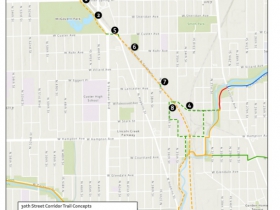 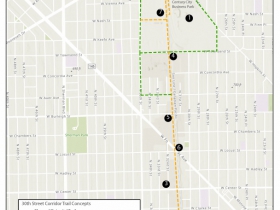 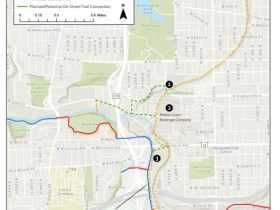