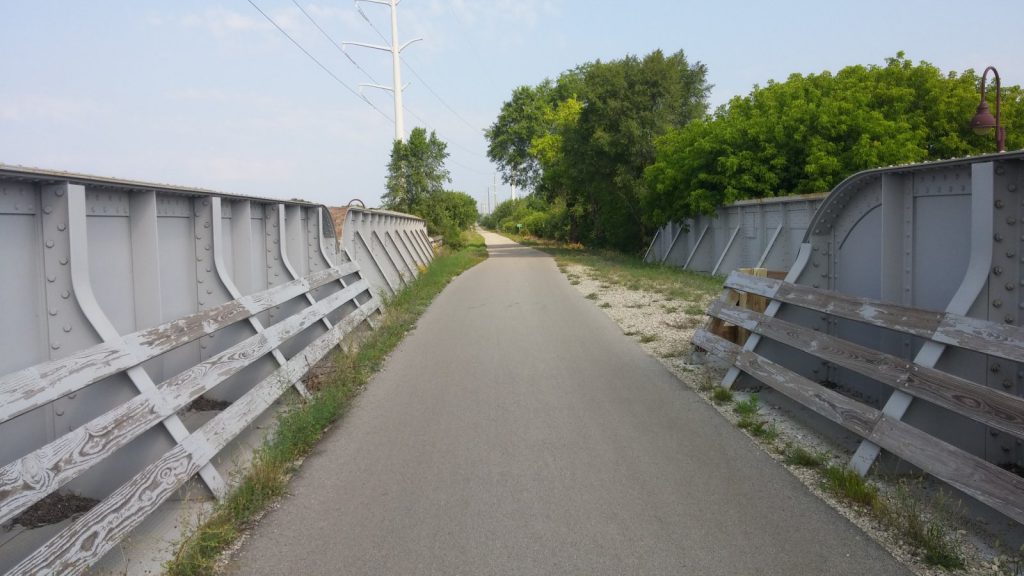 Milwaukee County and the City of Milwaukee are partnering to plan how to expand and improve access to the network of off-street trails on the city’s Northwest Side.

When it comes to bike trails and multi-use trails, the northwest side of the City of Milwaukee is a desert. So planners from Milwaukee County Parks and the city’s Department of Public Works applied for and received a $49,600 state Transportation Alternatives Program (TAP) grant to study how the trail network can be expanded and better connected to nearby neighborhoods whose residents are predominantly people of color.

The project is called the Lincoln Creek Parkway Trail Connectivity Plan. According to the TAP grant application, “The bike network and Oak Leaf Trail do not serve all racial groups equally and this planning effort seeks to begin addressing that inequity.”

The city and the county both have existing trails to build off of. The Beerline Trail, and the county’s Oak Leaf Trail — specifically the Lincoln Creek Parkway leg – both run through the edges of the study area.

The Lincoln Creek leg is short, poorly connected to the Oak Leaf, and dead ends onto W. Cameron Ave. But there are opportunities for improvement.

Because of the Northwest Side’s industrial past, there are many railroad and waterway corridors that are already publicly owned that could be converted to trails. In 2015, the county completed an extension of the Oak Leaf that turned more than three miles of unused railway corridor into a trail.

The area being staked out for trail planning has the highest concentrations of Black residents and health disparities in the state, according to the application.

Public trails improve access to areas where residents can engage in physical activity, improving public health, while also helping them avoid traffic at dangerous intersections and along streets.

Expanding the trail network on the Northwest Side will greatly improve access to the 130-mile Oak Leaf system for thousands of residents. And it would create better access to trails throughout southeastern Wisconsin with the Route of the Badger, a planned 700-mile network of trails in the region.

The grant recently awarded by the state, will reimburse the city and the county 80% of the costs required to plan these improvements.

The project has the support of the Northwest Side Community Development Corporation, Rails to Trails Conservancy and the Milwaukee Metropolitan Sewerage District.

In a letter of support for the grant application, Willie Smith, NWSDC Executive Director, wrote that residents of the 30th Street Corridor have concerns about “reckless driving, unsafe arterial roadways, and a lack of access to safe recreational trails.” And, he wrote, “This proposal would begin to address these issues in a creative and equitable way.”