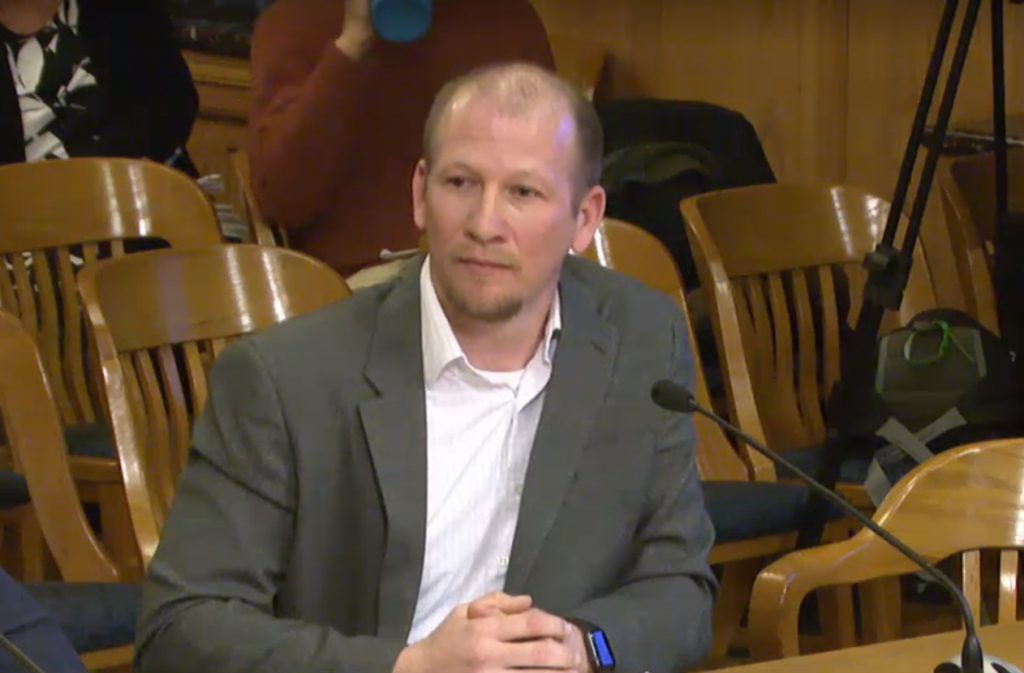 Continuing a decades-long trend, the man chosen to be Milwaukee’s next City Engineer is a Department of Public Works (DPW) veteran.

Mayor Tom Barrett nominated Jerrel Kruschke to serve as City Engineer, a cabinet-level post. His appointment, to what is effectively the number two position at DPW, is subject to Common Council confirmation.

The licensed engineer has been with the city since 2007, most recently serving as the public works coordination manager. That position is a public-facing role responsible for coordinating DPW resources with outside organizations and other city departments. In various roles in recent years, Kruschke has appeared regularly before the council’s Public Works Committee. Recently he’s appeared to secure approval for DPW’s Active Streets for Business program and explain the limited authority the city has over 5G cell phone infrastructure installation. His next appointment will be for his confirmation hearing, scheduled for January 6th. The UW-Milwaukee graduate started at the city as a civil engineer after earning his bachelor’s degree.

Kruschke, 41, would serve as the head of DPW’s Infrastructure Services Division, which employs over 1,000 people at its summer peak. The division handles everything from filling potholes to planning new bridges.

The position, which pays a maximum of $147,336 according to a job listing, was listed nationally. Kruschke earned $99,884 in 2019 according to publicly available records.

Kruschke would replace Samir Amin, who opted to retire when the council moved to hold new equity-focused hearings on all reappointments following Barrett’s re-election. Amin, who held the post since December 2018, was viewed by insiders as a shoe-in to be reappointed and was recommended for reappointment after his first hearing. But he decided to step aside after 32 years with the city. Director of operations Laura Daniels is also retiring after 36 years with the city. Both left to high praise from council members and colleagues.

The new city engineer will still have a veteran to lean on. Current Public Works Commissioner Jeff Polenske served as City Engineer from 2000 through 2018 before being promoted.

Get a daily rundown of the top stories on Urban Milwaukee
Kruschke, a resident of the city’s Far Southwest Side, will be able to survey the region’s largest public works project, the $286 million Waukesha water line, on his way to work. The Milwaukee portion of the project will effectively end at a new pumping station under development at S. 76th St. and W. Oklahoma Ave.

Keep your eye on whoever gets tapped to serve in Kruschke’s current job next. It’s becoming a good career launchpad. His predecessor as public works coordination manager, Karen Dettmer, was promoted to serve as Milwaukee Water Works Superintendent.

Kruschke’s appointment is one of two cabinet appointments making its way through the council. Makda Fessahaye was nominated to serve as head of the Department of Employee Relations. Barrett must also find a permanent Health Commissioner; Marlaina Jackson holds the job on an interim basis. The mayor, under state law, is not responsible for hiring a new police chief or fire chief.