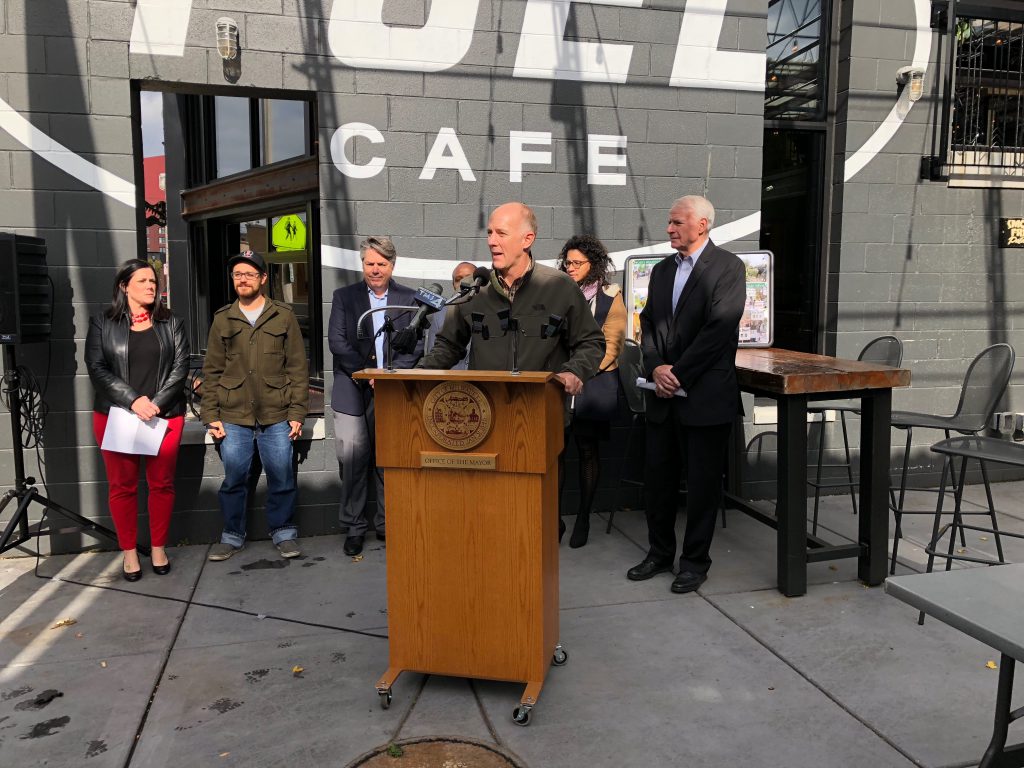 Polenske will need to be confirmed by the Common Council, but it’s a position he’s been in before. Polenske has served as City Engineer, a council confirmed job, since August 2000. He was originally appointed by Mayor John Norquist, and has been reappointed by Barrett four times.

Barrett said he interviewed five or six of the many applicants, but “at the end of the process, we felt that Jeff was the one that was best suited to step right in and continue the work from Ghassan.” Polenske had the skills, temperament and experience to move the department forward, the mayor said.

The new commissioner is an avid cyclist and has been a key figure in many recent major initiatives including the streetcar project, Lakefront Gateway project, high-impact paving program and Complete Streets legislation. As city engineer he oversaw more than 815 DPW employees and $100 million in capital improvement, sewer and paving projects annually. But with the promotion, he’ll now be tasked with the department’s entire 2,300-employee workforce including everyone from parking checkers, engineers and garbage truck drivers to electricians, welders and contract administrators.

Polenske graduated from UW-Milwaukee in 1990 with a degree in civil engineering and immediately got to work at the city as a traffic control engineer. Promoted twice, he left the city for less than a year in 1999 to work at Earth Tech. He returned in 2000 when he was appointed City Engineer by Norquist. He is a licensed professional engineer in Wisconsin.

He’ll replace longtime colleague Ghassan Korban who retired in August. Korban had been with the department since 1987, and the commissioner since 2011. Barrett said Korban’s decision to retire didn’t surprise him, and he knew Korban was actively looking for another job.

Polenske’s appointment is likely to be first heard by the Public Works Committee on November 15th. An agenda for that meeting has not yet been released.

The mayor still has two key vacancies to fill: The Superintendent of the Milwaukee Water Works (following Jennifer Gonda‘s resignation) and now the position of City Engineer.

Korban’s new job is much higher paying ($265,000 annually), and likely more stressful job, as Executive Director of the Sewerage and Water Board of the City of New Orleans. He’s the seventh person to hold the job is less than a year.

Korban was praised by members of the council for his accessibility, both via phone and in person, during his time as commissioner in Milwaukee. His phone is likely to get plenty of work in New Orleans as he’s begun to lay out a vision to entirely replace the city’s aging drainage, water and sewerage systems.