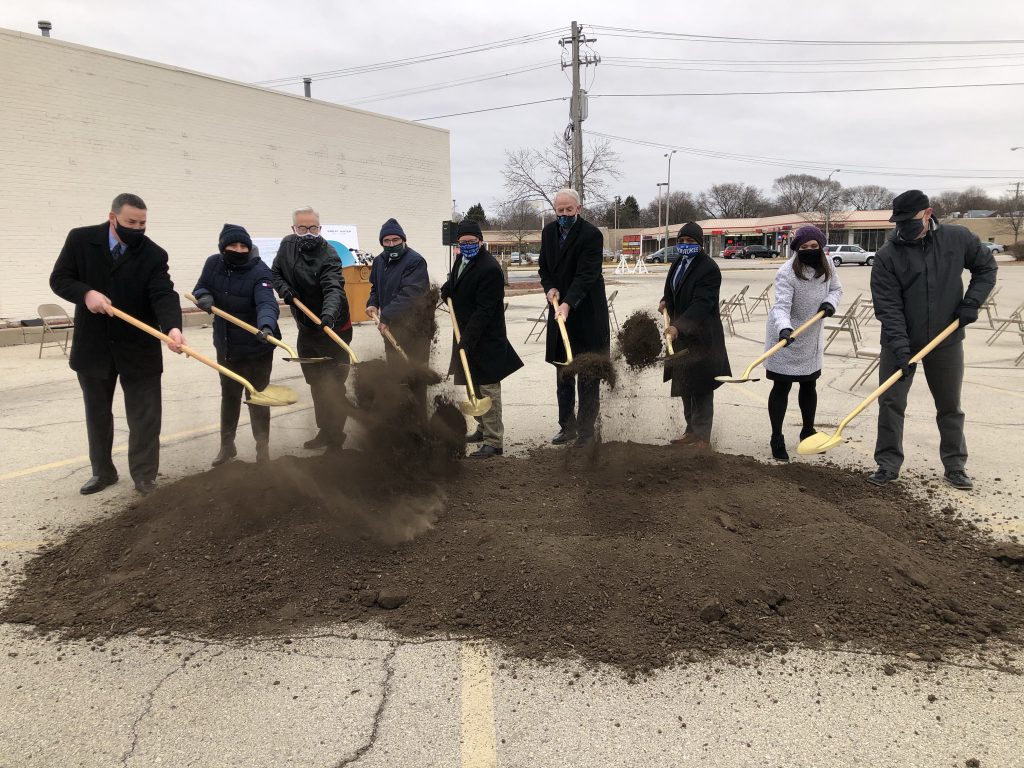 Mayors Shawn Reilly and Tom Barrett are flanked by city officials as they celebrate the Great Water Alliance groundbreaking. Photo by Jeramey Jannene.

It will take until at least September 2023 for a City of Waukesha resident to be able to turn on their tap and pour a glass of Lake Michigan water, but officials from both Milwaukee and Waukesha are already celebrating the partnership.

To Waukesha it represents the end of a two-decade quest to find a safe drinking water source, to Milwaukee it means a new revenue source, but for all it’s the largest inter-government agreement in southeastern Wisconsin history.

The mayors, council presidents and water utility leaders from each city met in a surface parking lot at S. 76th St. and W. Oklahoma Ave. Monday morning for a ceremonial groundbreaking for the $286 million project.

A Milwaukee Water Works pumping station will be constructed on the site, the start of a 36-mile-long, 30-inch-wide pipe network that will criss-cross eight communities as it sends city water out of the Great Lakes Basin to Waukesha and sees it returned, already treated, via the Root River in Franklin. Construction on Waukesha’s local infrastructure has already started.

“Today is a great morning,” said Waukesha Mayor Shawn Reilly, noting that it would end a problem of increasing radium levels in well water. “This is a win for both our communities, but it is also a model for the kind of collaboration our region needs.” He said he hopes it leads to increased cooperation on future issues.

Milwaukee Mayor Tom Barrett said the cities have a lot in common, notably their working-class roots. He praised Reilly, in office since 2014, for working to get the deal done.

“It was extremely important for those of us in Milwaukee to focus on the residents of the City of Waukesha and the needs of people in the City of Milwaukee at the same time,” said Barrett, hinting at one of the original stumbling blocks of the deal. “And I say that because part of this debate is about urban sprawl. Is the City of Milwaukee going to subsidize families and individuals moving from the city to large homes and huge lots in a way that will destroy the tax base of the city and increase the racial issues that we face in southeastern Wisconsin?”

Get a daily rundown of the top stories on Urban Milwaukee
Almost a decade ago negotiations broke down because Waukesha wanted water not only for its existing residents, but for undeveloped land it hoped to annex in the future. Waukesha announced it would switch to seeking lake water from Oak Creek in 2012 under Waukesha Mayor Jeff Scrima.

But Reilly defeated Scrima in 2014, and in 2017 announced, with Barrett, the Milwaukee-Waukesha deal had been revived. The cities’ legislative bodies ratified it shortly thereafter.

Daniel Duchniak has served as the general manager of Waukesha’s water utility since 2003. “The challenge of resolving Waukesha’s water issues, believe it or not is actually what brought me to Waukesha almost 18 years ago and what a journey it has been,” said Duchniak. He said the effort involved not just engineering and politics, but community outreach and “an attorney or two.” Now that the pipes are going into the ground, he added, it seems anti-climatic. “It’s what water utilities do.”

The deal is expected to save Waukesha water customers $40 million over other alternatives just in up-front capital costs, and an estimated $200 per customer annually. The move will net a major new customer for the city-owned Milwaukee Water Works and funding which Milwaukee intends to use to replace lead laterals. The city-owned utility currently sells water to 14 communities plus the city and the Milwaukee County Grounds. Franklin, a portion of which is already served by the utility, could join Waukesha as a new customer by 2024.

Milwaukee Water Works Superintendent Karen Dettmer said the new pumping station reflects a change from the original plan to put a pumping station near S. 60th St. and W. Howard Ave. The new location, at area Alderman Mark Borkowski‘s suggestion, avoids locating the facility in a residential area. It will also save costs by shortening the pipeline. “It’s amazing, it’s efficient and it comes with that great collaboration,” she said. Borkowski said he was honored to play a small part in the bigger deal.

“This was a very underutilized parking lot, so the acquisition was fairly easy,” said Dettmer of the property at 7501 W. Oklahoma Ave. The City of Waukesha acquired the 9,857-square-foot property and will sell it to Milwaukee said Dettmer. A 1,000-square-foot pumping station will be constructed.

The city won’t begin constructing the pumping station until 2021, despite the golden-shovel dirt toss. “For the contractors out there be on the lookout for a [request for proposals] to submit bids,” said Dettmer. In 2017 the pumping station had an estimated cost of $18 million. An underground pumping station just to the east along Honey Creek will be decommissioned. Dettmer said the facility is aging. City documents refer to it as “non-conforming.”

The pipe network will run through Milwaukee, Waukesha, New Berlin, Franklin, West Allis, Greenfield and the Village of Waukesha. Over $100 million in contracts have already been awarded to fund Waukesha’s portion of the construction. CD Smith is building the suburb’s pumping station and Minnesota-based S.J. Louis Co. is building the return flow pipeline. Bids on the return flow pipeline came in almost $20 million lower than expected.

Waukesha will begin paying Milwaukee at least $3.2 million annually once the project is complete. The payments will rise to $4.5 million if Waukesha uses the full 8.2 million gallons the deal allows. Those funds will go to the city-owned water works. As part of the deal, Waukesha is also required to make a one-time payment of $2.5 million, proceeds of which will go to the city’s general fund and is intended to be used to replace lead laterals that connect private properties to city water mains. If Waukesha increases its consumption to 8.5 million daily gallons, the city will owe Milwaukee an additional $250,000 plus the increased cost of the water.

The city has plenty of capacity to support the deal. Dettmer’s predecessor Jennifer Gonda told the Common Council that while the utility supplies approximately 100 million gallons of water a day, it has the capacity to treat up to 360 million gallons daily. The sale to Waukesha allows the utility to more effectively use their existing infrastructure, allowing for long-term cost savings. The utility has excess capacity following years of large industrial customers reducing their water usage.

The city, which receives a profit from the water utility, will see increased general fund revenue in the amount of $150,000 to $200,000 annually from the deal. That payment is based on the book value of the utility and limited by state law. The 2021 city budget includes a payment of $13.46 million from the utility. 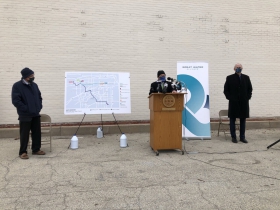 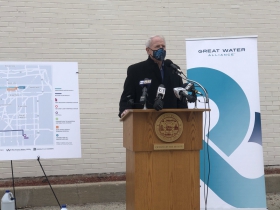 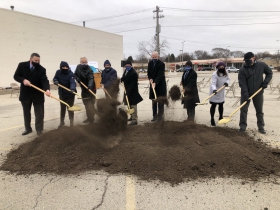 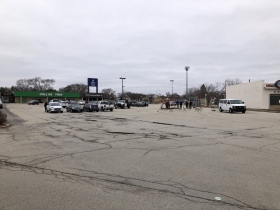 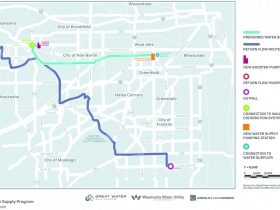 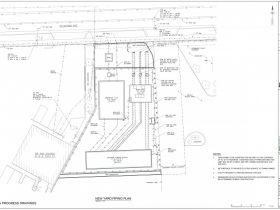