Plenty of praise and criticism for department heads, including Jeff Polenske and Jeanette Kowalik. 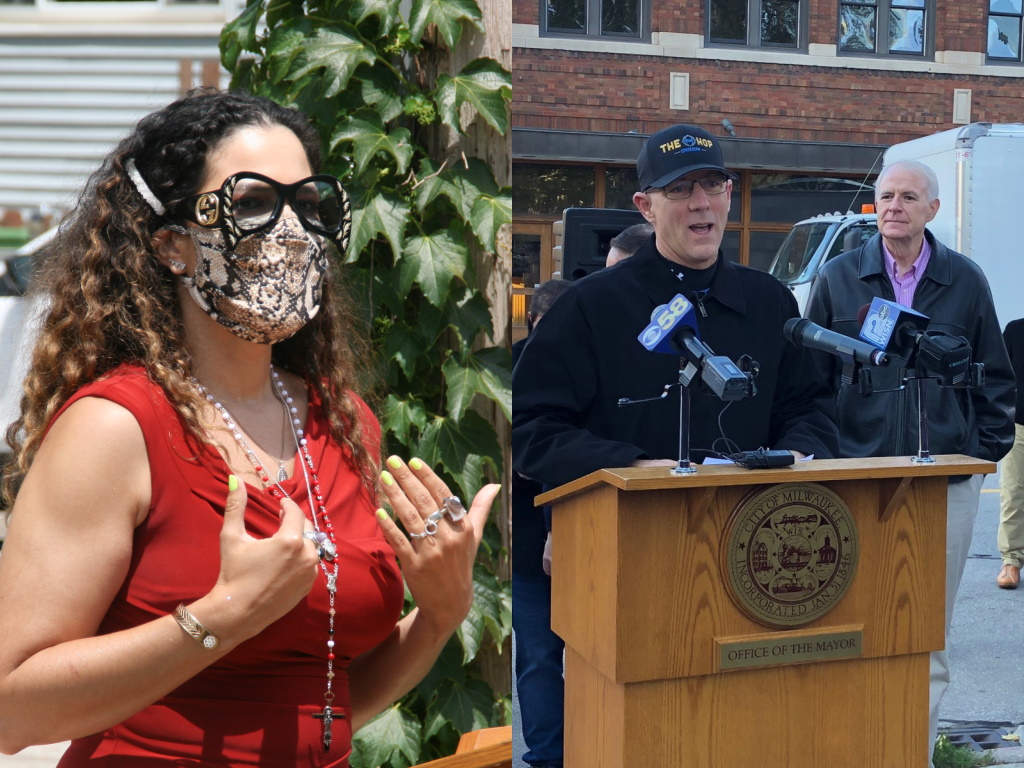 The council attempted to slow the appointment process down in June in the wake of the George Floyd protest movement, wanting appointees to address how their departments could achieve racial equity. All cabinet-level members of the administration are required to be reappointed following the April election.

Kowalik came to her reappointment hearing on Thursday before the Public Safety & Health Committee with a 130-slide presentation.

The presentation, which lasted almost an hour, covered everything from her time being appointed to the top of the then-troubled department in 2018 to the recent response to COVID-19. At various points, the committee chair Alderwoman Marina Dimitrijevic and other council members politely encouraged Kowalik to cut to the chase. “I just want to have time to ask questions,” said Dimitrijevic. But an exchange laid one city employee’s feelings bare.

“This is going to go long, she has 130 slides,” said Griselda Aldrete, executive director of the Fire & Police Commission, into a microphone from a remote location. Most of the participants were virtual. Aldrete was to be involved in many of the subsequent agenda items.

“Excuse me? Please mute yourself whoever that was,” said Dimitrijevic.

Kowalik’s presentation ultimately touched on everything from reorganizing the department and staffing challenges to discussing how long-standing racism has contributed to health issues for African Americans today, Kowalik included. “You should not say that someone is Black, that’s why they have this,” said Kowalik of various health issues. “That’s racism.”

She noted that the department’s work early in the pandemic identified racial disparities in the spread of COVID-19. “That gained attention nationally and then other jurisdictions started sharing theirs and we started seeing similar patterns of disease,” said Kowalik.

Ald. Chantia Lewis, who serves on the city’s Board of Health, praised Kowalik. “I was over here having a whole amen chorus,” said Lewis. “Yes,” added Dimitrijevic.

Dimitrijevic thanked Kowalik for her focus on anti-racism. The Milwaukee Health Department declared racism a public health crisis in July 2019.

Kowalik did face questions about developing an electronic records system for the department, something she said is essential to even qualify for some funding going forward. “Eighty percent of our data systems are at risk due to the antiquated systems we have,” said Kowalik. She said the city was evaluating bids and could pay for the work up-front with federal CARES Act funding, but would need to pay a six-figure sum each year to maintain the system.

Ald. Scott Spiker pushed for more measurable metrics for each section of the department, including the Office of Violence Prevention. Kowalik said that work was underway.

She was unanimously endorsed for a four-year term. “It definitely has not been a cakewalk,” said Kowalik. “It has been extremely challenging and demanding.”

Kowalik’s 130-slide testimony was reminiscent of recently-retired Department of City Development Commissioner Rocky Marcoux who was known for bringing lots of energy, and even more slides, to any public speaking engagement.

“We’re a big department,” said Polenske. “We have a very strong leadership team.” But one of those members is now leaving. City Engineer Samir Amin, alongside Polenske and Dettmer, was originally recommended for approval in June, then the council restarted the process. Since then Amin has decided to retire after almost 32 years with the city. He’s served in his current role since December 2018.

Sending back the appointments did result in a notable change from the Department of Public Works beyond Amin stepping down. The department, which includes the water utility, produced a seven-page report detailing how it is dominated by white males, particularly in its leadership positions.

Of, 1,875 employees, 78 percent are males and 40 percent are white males. The department’s Black-white makeup is close to even (42 percent to 48.4 percent), as is the city’s, but Hispanics are underrepresented at DPW (7.1 percent).

The department’s disparities are most pronounced in the 196 employees categorized as “officials and administrators.” Over 66 percent are white.

Polenske said the department would work to build new mentorship programs and expand the apprenticeship programs it already has.

“It’s going to take a number of years to build that pipeline,” said Dettmer.

The Commissioner said the memo will serve as a mission statement moving forward.

“That’s actually something that’s a big priority as part of our Complete Streets initiative,” said Polenske. But Perez said DPW also needs to better coordinate with the Department of Neighborhood Services.

Ald. Russell W. Stamper, II brought up a number of items ranging from questions about garbage cans, the city’s shortage of electricians and how field workers report problems they spot.

On the staffing shortage, Polenske said it’s a challenge. He said the department was considering raising wages and attempting to offset the cost increase by investing more aggressively into energy-efficient LED lighting that would be more reliable and less costly to operate. “It’s a pretty big decision to make because it has a serious budgetary impact,” he said. Polenske said the department would also advance the purchase of a tablet-based issue reporting system over a paper log system it currently uses and could use support during the budget process for the measure.

Alderwoman Milele A. Coggs asked about budget overruns, noting that many have been attributed to snow.

“You kind of hit that on the nail on the snow side,” replied Polenske. “Even this past winter, if you go back to 2019, that was a bad winter.”

“You’ve held this city together during this virus,” said Bauman.

“What I want to emphasize with both of you is the openness of communication,” said Borkowski.

“We can call you unlike some other departments that are totally unavailable and we can never find them for guidance, particularly the health department,” said Bauman.

Ald. Khalif Rainey said he wasn’t satisfied though. “I just don’t see the passion for addressing the issues,” he said of littering, dumping and other public nuisance. “At this point in time, I am looking for much more.” Rainey is not on the Public Works Committee and won’t be able to vote on the reappointment until it’s before the full council.

One appointee, the Director of Emergency Management and Communications Kyle Mirehouse, had an approximately hour-and-a-half long hearing Thursday morning even though he leads a department of one. What was there to talk about? Plenty it turns out. Mirehouse, who has been on the job approximately eight months, discussed everything from a new 911 system to his role in the emergency operations center during the recent civil unrest. “As far as I’m concerned, we are almost there,” said Mirehouse of the planning for the Democratic National Convention.

Ald. Nik Kovac and others quizzed Mirehouse about his role in the city’s response to the unrest and how he can work to bring in other city departments, including the Office of Violence Prevention. “For obvious reasons, there are some people in the chain of command more willing to listen to the public than others and I appreciate that you’re one of the people willing to listen to the public,” said Kovac.

One appointee found nothing but praise. Port Milwaukee director Adam Schlicht. Since being appointed port czar in June 2018, Schlicht has overseen a dramatic expansion of cruise ship service, an increase in port traffic and landed the largest grant in its history for a new shipping facility.

“Adam I have been so impressed,” said Borkowski, the city’s representative on the Harbor Commission. “I’ve said to myself a couple times ‘I don’t know what you’re going to do for an encore. You’ve set the bar so high.'” And while the question remains, Schlicht will have support to find the answer at home. He’s getting married this weekend.

Schlicht does have at least one major force outside of City Hall he’ll have to contend with – mother nature. High water levels are leading to damage to port facilities during storms and Port Milwaukee is exploring ways to repair over $1 million in damage, including not returning its operating profit to the city’s general fund for the time being.

All of the commissioners received unanimous committee votes in support. They will go before the full Common Council on July 28th.