Port rebounds from down 2018 to exceed five-year average cargo volume. 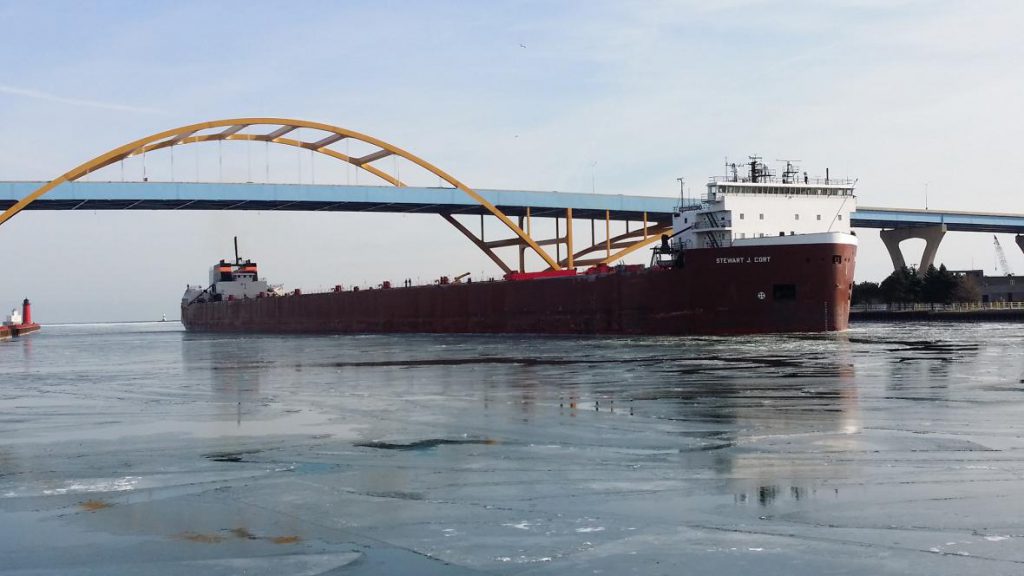 “Port Milwaukee has been rediscovered as an essential transportation link for our city and for the region,” said Port Milwaukee director Adam Schlicht said. “With increased multimodal traffic in 2019, we are adding more value for growers, suppliers, and manufacturers statewide as well as city taxpayers who benefit from Port Milwaukee’s commercial activity.” Schlicht was hired to lead the port in 2018.

Salt traffic was up 56 percent in 2019, a bounce back from a substantial drop in 2018 caused by a 12-week strike at the world’s largest salt mine in Canada. Cement traffic grew by 10 percent and limestone by 20 percent.

But grain exports were down, as it has been in recent years as a result of retaliatory tariffs instituted by Europe. Tariffs on aluminum and steel imposed by President Donald Trump‘s administration have also lowered volumes.

“The Port’s total activity in 2019 exceeded its five-year and ten-year average tonnage performance,” says a press release announcing the port figures. But not by much, going into 2019 the five-year average was 2.63 million tons.

A 2018 study said 630 individuals were paid $29.4 million for working directly on cargo movement at the port. The study, prepared by Pennsylvania-based Martin Associates, estimated an additional 460 jobs were induced in the regional economy as a result of the purchasing power of the individuals directly connected to the port. The remaining 219 jobs were supported by the $24.8 million in regional purchases made by the businesses supplying services at the port.

And while cargo levels continue to fluctuate at the port, the number of cruise passengers continues to climb. The port reported 3,214 passenger visits through 10 cruise ship visits in 2019. This year is expected to bring 14 stops with more than 4,000 passengers. Earlier this month Viking Cruises announced it would use the city as a turn-around point 10 times starting in 2022 when it enters the Great Lakes market with a new ship.