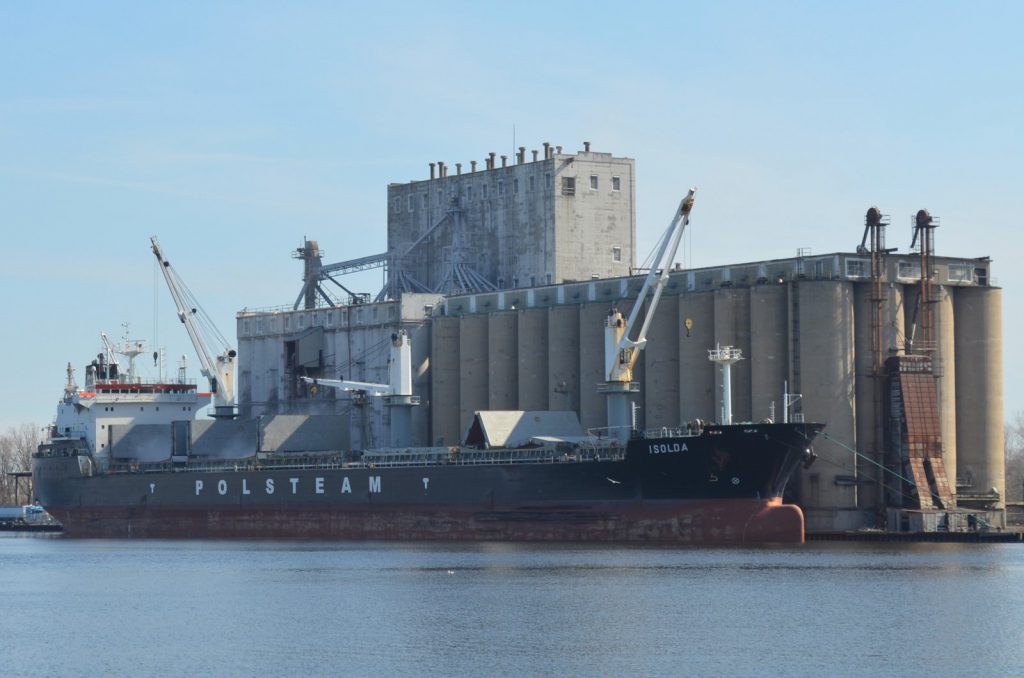 In just his fourth day on the job, Schlicht met with the Board of Harbor Commissioners in his new role for the first time to present a report detailing the value of the city-owned Port of Milwaukee.

According to a report detailing the economic impacts of the port in 2017, 1,309 jobs supported the cargo moving operations of Milwaukee’s port. A reported 630 individuals were paid a cumulative $29.4 million in wages for their direct role in the handling of cargo. The study, prepared by Pennsylvania-based Martin Associates, estimates an additional 460 jobs were induced in the regional economy as a result of the purchasing power of the individuals directly connected to the port. The remaining 219 jobs were supported by the $24.8 million in regional purchases made by the businesses supplying services at the port.

The 630 individuals holding cargo handling jobs aren’t direct employees of the city or Port Milwaukee. The city, through Port Milwaukee, serves as a landlord for the 467 acres that make up the port. The land is primarily on Jones Island underneath the Hoan Bridge and Interstate 794. From the revenue derived from lease payments Port Milwaukee returns a surplus of approximately $1 million to the city’s general fund annually.

Port tenants derived revenue of $106.5 million in 2017 for port-related activities according to the report.

“This has already been an exciting year for the port of Milwaukee. As we noted in May and June, we had over 30 consecutive days of ships importing and exporting cargo for destinations worldwide,” Schlicht told the commission. “That’s a truly incredible record and a standard excellence for how we do business here at the Port of Milwaukee. I hope to see more great stretches like that during my tenure.”

The report was prepared as part of a larger report on shipping on the 40 Great Lakes ports. The entire Great Lakes maritime shipping industry supported 92,661 jobs and $12.9 billion in economic activity in 2017 according to the report. The study was sponsored by the Schlicht’s former employer, the Saint Lawrence Seaway Development Corporation and a host of other stakeholders.

“I think it provides a line in the sand,” Schlicht told Urban Milwaukee about the report. He previously told the Common Council that his biggest focus would be on working to better market the port to potential customers. “We are constantly working to identify new business opportunities,” said Schlicht.

When asked what could be done to help the port grow, Schlicht praised the Port Milwaukee staff and said: “If we can continue to grow the port infrastructure. Our customers and tenants will be so pleased and that’s going to help their business grow.”

Schlicht said investments in other ports could pay dividends for Milwaukee as well. “I come from a background as a former Great Lakes Seaway employee, that what’s good for the Great Lakes is good for Great Lakes ports,” said the former United States Department of Transportation employee. “What we found over the last 20 years is that Great Lakes working together in numbers provides us an opportunity to develop business collaboratively.”

While the report certainly does trumpet the economic value of using the land as a major logistics hub, the future of the port isn’t without challenges. Commissioners were briefed on the anticipated high lake levels for the foreseeable future, which could cause issues with the breakwater. If water levels remain high, a large storm could send waves over the breakwater, straight into port-equipment, possibly damaging it. According to a port representative, repairs or upgrades are awaiting support from the Army Corps of Engineers in the federal budget.

The report does not consider the economic impact of some of the port’s highest-profile tenants, Milwaukee World Festival, which hosts Summerfest, and the Harbor House restaurant.

Commissioners were also briefed that the cruise ship MS Hamburg will again return to Milwaukee this fall. Built in 1997, the 420-passenger ship will be making multiple stops on the Great Lakes. 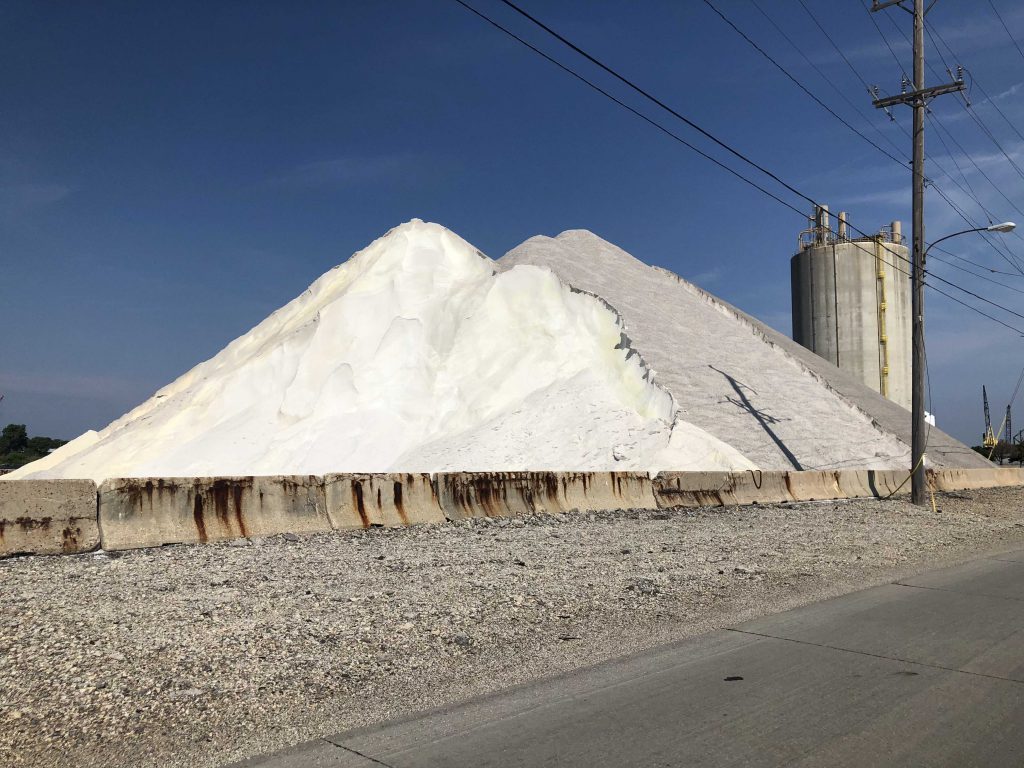 Salt at the Port of Milwaukee. Photo by Jeramey Jannene.

A 12-week strike at the world’s largest salt mine in the Canadian city of Goedrich could cause headaches for those on Milwaukee streets this winter. The strike was resolved on July 16th, sending 350 workers back to work, but has put Milwaukee and many other cities well-behind their actual salt storage targets.

The port has the capacity to store 600,000 tons of salt, but has only 200,000 on hand today. That has Alderman Mark Borkowski, who represents the Common Council on the commission, concerned. He asked port officials if he should be warning constituents that there could be a shortfall.

Schlicht demurred, telling the south side alderman that port staff are expecting an update in the coming days and would update the alderman as soon as they know more.

Port staff reported to the commission that they are currently seven shipments behind where they expected to be, and that the delay would likely cause a busy fall at the port. The city, and other customers who rely on Milwaukee’s port, have had to resort to importing salt from Europe when supplies have run low.

The port has been transferring record levels of European steel thanks to Tata Steel. The Indian-firm is using Milwaukee as one of its Great Lakes maritime hub. Schlicht says Port Milwaukee continues to monitor tariffs and how they might impact Great Lakes shipping.