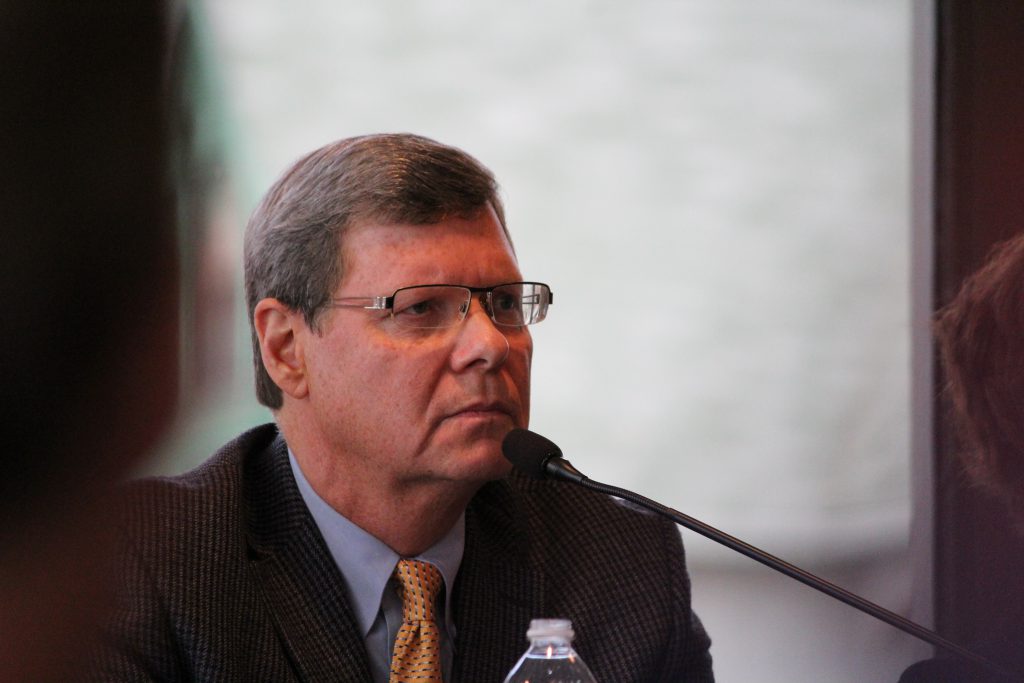 It hardly seems like news that another commentator has jumped on the “Ron Johnson is crazy” bandwagon.

Did I say bandwagon? It’s more like a five-mile-long caravan of every politico, reporter, blogger and water-cooler wag in the land. It’s nearly unanimous: Wisconsin’s senior U.S. Senator is way off the reservation and wandering in an endless canyon of conspiracy theories.

At a time when the Electoral College has officially chosen Joe Biden president, when the vast majority of Republican officials have finally conceded the victory, when the last major international hold-out, Trump buddy Vladimir Putin, has congratulated Biden, Ron Johnson is out to contest the results. As chairman of the powerful Homeland Security and Government Affairs Committee, he is now investigating what he calls “election irregularities” in the 2020 campaign.

Johnson isn’t just in disagreement with Senate Majority Leader Mitch McConnell, who has congratulated Biden and called on his congressional colleagues to refrain from any more challenges to the presidential election. Johnson is also in disagreement with the one official closest to him: U.S. Senator Ron Johnson, who has said he knew and accepted the fact that Joe Biden had won.

Sen. Mitt Romney (R-Utah), who joined the RoJo-is-deluded caravan some time ago, told the Washington Post he had urged that the hearing not take place. “I don’t think we have the resources to do investigations, nor do we have the constitutional mandate to make judicial decisions,” Romney said. “So, I don’t see the purpose of a hearing other than to stir up controversy.”

Lighten up, Mitt. There’s always time to entertain unproven conspiracies if you’re Ron Johnson. He did everything he could to play down Russia’s interference in the 2016 election and has instead used his committee to peddle unproven theories that Ukraine was somehow at fault. He peddled “information that U.S. federal law enforcement officials had essentially identified as Kremlin-sourced disinformation,” the Post noted and used this unproven allegations to attack Joe Biden. He convened his committee to promote the anti-malaria drug hydroxychloroquine as a remedy for COVID-19 long after even Donald Trump had given up on this disproven theory and followed that up with a hearing featuring all kinds of fringe medical “experts” on the pandemic, including a vaccine opponent, an outspoken critic of masking and social distancing, and doctors who have promoted the use of hydroxychloroquine. And those are just the highlights.

So it should be a good sign that conservative Charlie Sykes has joined the anti-Rojo brigade. Except…

There have been so many of these recantations by Sykes. He has spent his whole career changing his views, and winning media coverage for it. And his change of heart on Johnson has once again done the trick, winning Sykes coverage, both in the Post story and a story on Johnson by Politico.

Sykes then amplified the attention, linking to the Post story on Twitter and tweeting this additional comment: “Over the last few years, I’ve gotten used to disappointment. But this one stings more than usual, because I really believed RonJon would follow in Wisconsin’s rich senatorial tradition. But I thought he would be more like William Proxmire than Joe McCarthy.”

Ah yes, the disappointed seeker of wise statesmen to lead this country to greatness. Charlie’s quote suggests a philosopher on Mount Olympus weighing the mortal consequences, pondering who best to carry the democratic torch. When in reality he was a conservative talk show host who only supported Republicans and led campaigns against GOP politicians who dared to think for themselves, deriding them as RINOs. He supported Johnson because he wanted someone to defeat Democrat Russ Feingold, who was an infinitely better senator than Johnson, or for that matter William Proxmire.

But it’s now dawned on Charlie, ten years later, that he was mistaken. And perhaps, too, that the media might find his change of heart newsworthy.

8 thoughts on “Back in the News: Gasp, Sykes Recants on Rojo”