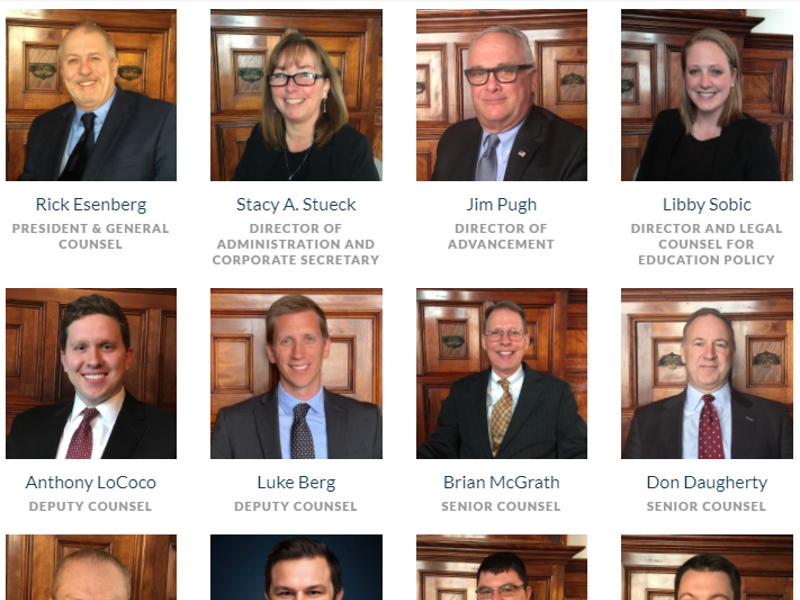 The announcement last month that a newly created group, Law Forward, would be taking on progressive causes, was greeted with cheers by liberals.  Finally there would be some fire power to compete with the conservative Wisconsin Institute for Law & Liberty (WILL).

“Wisconsin’s ruthless legislative leadership has undertaken a systematic effort to undercut democratic norms and to disenfranchise voters,” declared Madison attorney Jeffrey Mandell. “The people deserve to have an advocate in these fights.”

And that advocate would be Law Forward, said Mandell, who is the group’s founder and director.

But does the group have a chance against the “tremendous infrastructure” of right-wing legal activists that Mandell concedes his group will face? Law Forward has no office, just one staff member, Mel Barnes, who previously served as the legal and policy director for Planned Parenthood of Wisconsin, and has not disclosed what its budget is. Mandell and attorney Doug Poland will lead the group’s litigation efforts, but both will continue as employees at Stafford Rosenbaum, the Madison-based law firm with an office in Milwaukee.

Against them stands the colossus known as WILL, which has seen explosive growth, growing from a $1.3 million budget in 2015 to about $2.7 million this year, according to WILL President and General Counsel Rick Esenberg. During that time the organization has grown from three employees to 16, including seven lawyers and four who are Harvard Law School grads.

And the group is looking to hire another staff member and attorney to serve as Legislative Counsel and Regulatory Reform Litigator. Eisenberg expects the budget to grow to as much as $3.3 million next year.

The group was essentially established by the conservative Lynde and Harry Bradley Foundation, whose then-CEO Michael Grebe has called the group “one of the most successful organizations I’ve been a part of” and “a vitally important part of the conservative network in Wisconsin.”

The group gets generous funding every year from Bradley including three separate grants totaling $826,000 in 2019, which probably accounted for about one-third of its budget. Meanwhile, the group has brought Jim Pugh on board, who is handling fund-raising and development for the group, something he did successfully for many years for the Wisconsin Manufacturers and Commerce, raising donations from corporations and wealthy individuals. One of the ways the group has raised money is through banquets for headliners, such as the one in September 2019, featuring Wall Street Journal editor Paul Gigot, which cost attendees $500 per table. The pandemic has, for now, largely ended such events.

Get a daily rundown of the top stories on Urban Milwaukee
The rising clout of WILL is suggested by its ever growing staff page, which includes: Rick Berg, the former Deputy Solicitor General and Assistant Attorney General for Wisconsin, who has argued nine cases before the Wisconsin Supreme Court; Don Daugherty, who served on Governor Scott Walker’s Judicial Selection Advisory Committee from 2011-18; and Anthony LoCoco, who was a clerk for Wisconsin Supreme Court Justice Annette Ziegler.

The most recent hire, Kyle Koenen, adds the former Chief of Staff to incoming Senate President Chris Kapenga as “Policy Director” for WILL Kroenen has been heavily involved in Republican election campaigns and legislative policy making and his hiring suggests the mission of WILL may further broaden.

In response to the creation of Law Forward, Esenberg released a statement saying “imitation is the highest form of flattery” and noted “the legal left has been lavishly represented but we look forward to standing up for our Constitution and the rule of law.”

So says a man with a multi-million budget, 16 staff, seven lawyers and four Harvard Law men, who are not known to work for peanuts. When asked to support the idea that the left is better funded, Eisenberg mentions national groups like the Southern Poverty Law Center, ACLU and Brennan Center, but no Wisconsin group taking on the kinds of issues WILL does.

Elsewhere for-profit law firms have withdrawn from representing Donald Trump’s legal suits contenting the November election out of fears the baseless challenges would undermine the integrity of American elections, as the New York Times reported. But the non-profit WILL seems to have no qualms about going to court to stop the mask mandate by Gov. Tony Evers, even if this might cause more illness and deaths from COVID-19. WILL wrote an Op Ed claiming this was all about the law and it was not operating as “a proxy for the GOP.”

But Esenberg was quoted saying he would have rather Republican legislators had overturned the mask mandate, which under the law they could have. But since they were afraid to do so, WILL chose to challenge the law, as Republican leaders hoped they would, in essence becoming water boy for the party, in hopes of eliminating a key safety measure for Wisconsin in the midst of a horrifying pandemic.

WILL has also worked to purge voter rolls, even though Esenberg admitted there was no evidence of voter fraud. The impact of such purges fall heavily on Democratic learning counties like Milwaukee and Dane, where more than one in four voters were removed from the rolls. It’s part of the Republican strategy to suppress votes in urban areas, and WILL has become a key part of that effort.

Probably the biggest battle looming for WILL and Law Forward is gerrymandering, which allowed Republicans to retain a majority of legislative seats for a decade, even when the majority of votes counted were Democratic. More than likely the case will be appealed to both federal courts and the Wisconsin Supreme Court and all those Harvard Lawyers will be deployed to do battle. Yes, you can expect them to “dive into the details that allow me to better deliver our conservative priorities,” as Republican state Sen. Dale Kooyenga once put it.