By Madeline Fox, Wisconsin Public Radio - Nov 6th, 2020 04:25 pm
Get a daily rundown of the top stories on Urban Milwaukee 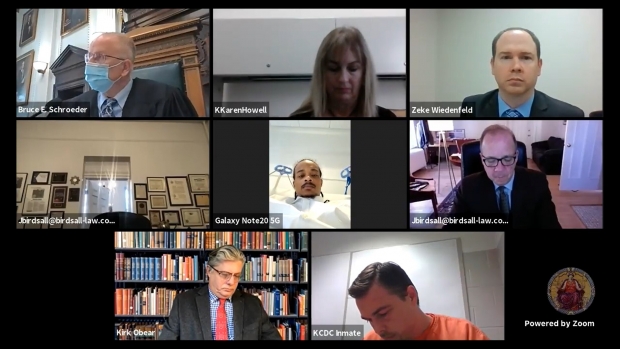 The state of Wisconsin dropped sexual assault charges against Jacob Blake on Friday.

Kenosha Police were trying to take Jacob Blake into custody on an outstanding sexual assault warrant when officer Rusten Sheskey shot him seven times in the back Aug. 23. The shooting set off weeks of protests in Kenosha that in turn prompted right-wing backlash, including the shooting of three protesters by 17-year-old Illinois resident Kyle Rittenhouse.

Blake was charged with sexual assault for domestic incidents that happened months before he was shot. After the shooting, he was handcuffed to his hospital bed, as he was in federal custody for the outstanding warrant, though the cuffs were removed and Milwaukee deputies standing guard were dismissed after he posted bail.

He appeared Friday via Zoom Friday and pleaded guilty to two counts of disorderly conduct, for which he was sentenced to two years of probation.

Blake is paralyzed following the August shooting and has been undergoing treatment at a rehabilitation center in Illinois since being released from the hospital. He will be allowed to live in Illinois under the terms of his probation.