Night Parking Rules a Tax on the Poor?

Or good public policy? Reinstating night parking is a $13 million question for city. 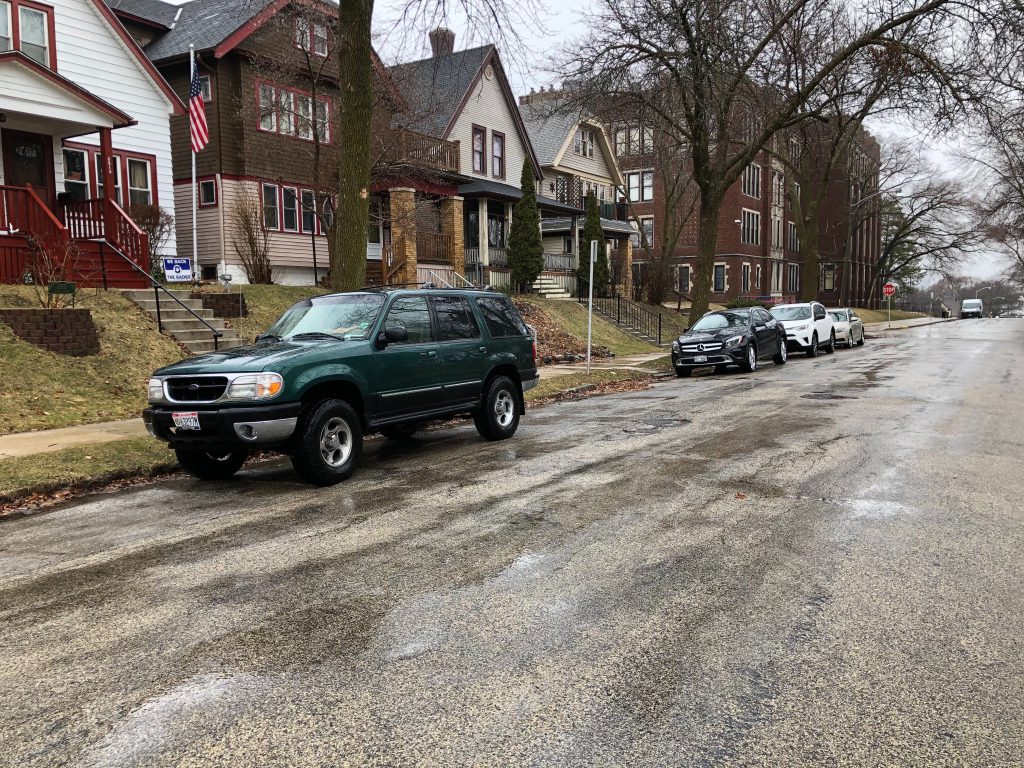 Cars parked along a street in Bay View. Photo by Jeramey Jannene.

In March the City of Milwaukee suspended most parking regulations as a result of drastically reduced travel early in the COVID-19 pandemic.

Now the Department of Public Works is struggling to put the genie back in the bottle.

The question at stake is both one of public policy and financial solvency. The Comptroller’s Office submitted a warning letter that failure to restore the overnight regulations for 2021 would have a $13 million negative budget impact.

He said aside from the revenue issue, there are logistical issues as well. “Our operation does depend on having that alternate side parking so we can get to the curb,” said Polenske of the city’s leave pickup operation. He said the pickup keeps the streets clean and keeps leaves and other debris out of the storm sewers.

In addition to the Comptroller’s letter, maps were produced that show night parking citation distribution roughly matches the city’s population density (included below). The areas where vehicles are hit with the greatest number of overnight parking tickets are the East Side, Near West Side from Marquette University‘s Campus west towards N. 35th St., the Near South Side primarily between S. Cesar Chavez Dr. and S. Layton Blvd., the area around St. Joseph’s Hospital and the Riverwest–Harambee border along N. Holton St.

“The highest density areas on the west side of my district are also coincidentally areas with that have a high poverty rate,” said Alderman Robert Bauman, referring to the Near West Side in which he lives. “This is literally a tax on poor people.”

“What would you do if we don’t restore night parking?” asked Bauman. “Other cities don’t have this odd-even business and somehow they do something with their leaves.”

“The cities within the Midwest, I think we have somewhat comparable regulations when it comes to that,” said Polenske, rejecting Bauman’s premise.

“Obviously in the summer months there is less of an impact on the services we provide,” said Polenske. “Now that we’re in fall, that’s where our services are far more dependent on that opposite side operation.”

Ticket distribution ramps up in the winter months, said parking services manager Thomas Woznick. He said the city also sees a bump at the start of the year from people that don’t get a new annual overnight permit.

An overnight parking violation starts at $20 and grows to $50 after 58 days, said Woznick.

“At what point does that become tow eligible?” asked Ald. Khalif Rainey.

“Vehicles must have three or more open citations, all more than 65 days past due,” said Woznick, noting that they also must be illegally parked. Illegally parked vehicles that create a safety hazard are immediately towed. “We want people to get in a place where they are not tow-eligible. We don’t want to tow people.” He said people can enter a payment plan with a $10 down payment.

“I don’t see the rationale of putting this law back into place,” said Rainey, citing struggles with accessing unemployment and surging COVID-19 case counts.

“Has the pandemic hardship ended? Is that the position of the mayor that everyone is back to work, that they can pay their rent?” asked Bauman of Polenske. He argued that given the case counts, the city was more justified in relaxing the restriction now. “Your explanation for reinstating this has nothing to do with the pandemic, it has to do with revenue and collecting leaves.”

Get a daily rundown of the top stories on Urban Milwaukee
Polenske said more people are traveling now.

Budget director Dennis Yaccarino said the assumption was that when the regulations were suspended they would be restored later in the year. He estimated the cost to the 2020 budget would range from $5 million to $7 million if the regulations were soon reinstated. What happens if they’re not? “If this was not to pass what I would need is an amendment to reduce the budget $13 million.”

Mayor Tom Barrett‘s 2021 budget proposal, introduced last week, assumes the revenue is available in 2021. It could push the 2020 loss to $10 million, Yaccarino said.

The city transfers approximately $16 million each year from the transportation fund (permits, citations, meter revenue and parking structure revenue) to its general fund.

Bauman said the city could tackle that issue through the budget process. “I am inclined to not reinstate parking for the duration of 2020,” he said.

But aside from leaves, another operational issue looms in 2020.

Bauman said that what the council was debating was a regulation that would impact the present through December 1st, when snow regulations go into effect. “Clearly we need snow rules, that’s a matter of public safety,” he said.

But multiple DPW officials expressed concern that the snow regulations, which move select streets to alternate side parking, wouldn’t be sufficient and could lead to compounding problems.

“Keep in mind that the December 1st through March [regulations] are just for through highways,” said DPW operations manager Laura Daniels. She said select narrow streets are also included.

Daniels said DPW only calls approximately four snow emergencies each year that impact every city street. The emergencies, which last for up to 72 hours, ban parking on arterial streets and move every side street to alternate side parking.

She said the city’s general plowing operations, which happen approximately 30 times a year, rely on the standard overnight rules. Streets are salted and light snow is plowed to the side. “We can’t do that if cars are parked on both sides of the street,” she said.

Questions remained unanswered on how snow-related regulations could be enforced if they relied on underlying parking regulations that were suspended.

Alderwoman JoCasta Zamarripa said she is already seeing issues with the lack of regulation, including an auto repair shop that has taken to parking vehicles on the street to the ire of neighbors. Bauman pointed out that her constituents are some of those most heavily ticketed. “This is a difficult issue all the way around,” she said.

Ald. Mark Borkowski moved to allow DPW to reinstate the regulations, but only found support from Zamarripa. Bauman and Ald. Russell W. Stamper, II voted no. Ald. Jose G. Perez abstained after asking if the measure could be held.

The vote punted the issue to the full Common Council. The full council will meet on October 13th and is expected to take the issue from committee to rule on the matter.

Bauman questioned Polenske about deploying temporary signage that would require people to move their vehicles on a specific day.

Polenske said the measure would require more staffing, and still wouldn’t necessarily be executed as expected. “It’s not a guaranteed service to say that we are going to be on the street on a given day,” said Polenske.

So what is the plan for leave pickup if the council doesn’t act? Plenty of leaves will have fallen by the October 13th vote.

“Plan B is we do the best we can,” said Polenske. He said if reinstated, DPW would do an education campaign to warn residents about the changes. 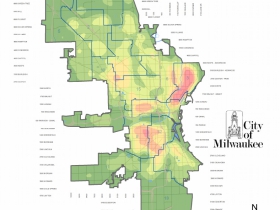 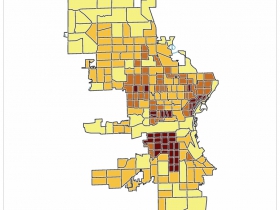 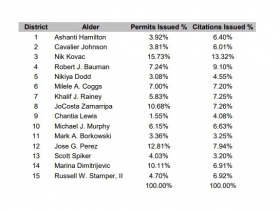 2 thoughts on “City Hall: Night Parking Rules a Tax on the Poor?”