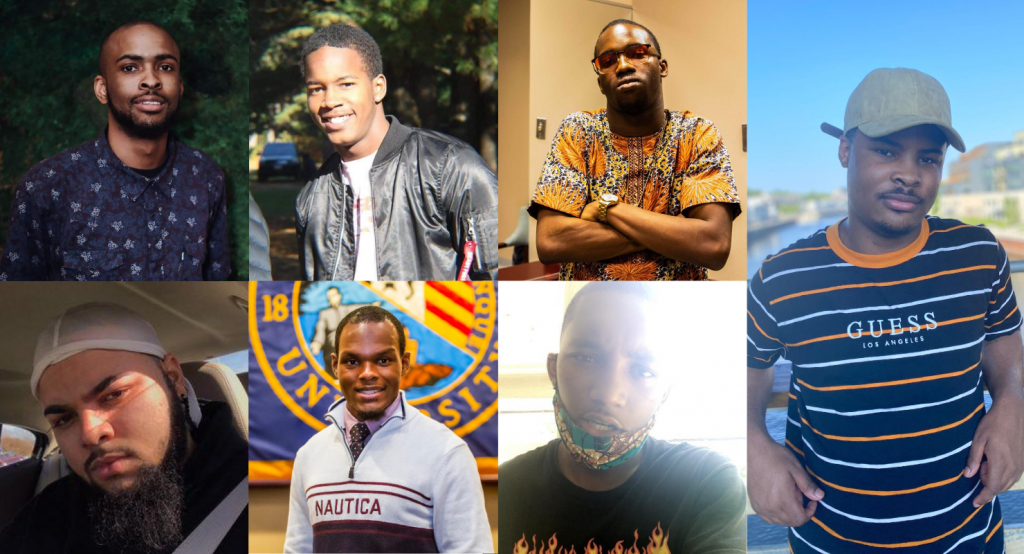 The shooting of Jacob Blake by officers of the Kenosha Police Department earlier this week has spurred yet another national conversation on police brutality. We reached out to young Black men in our neighborhoods to get their thoughts on police-community relations and to find out what they feel needs to change to avoid more incidents in the future.

‘It’s time for residents to be at the table’ 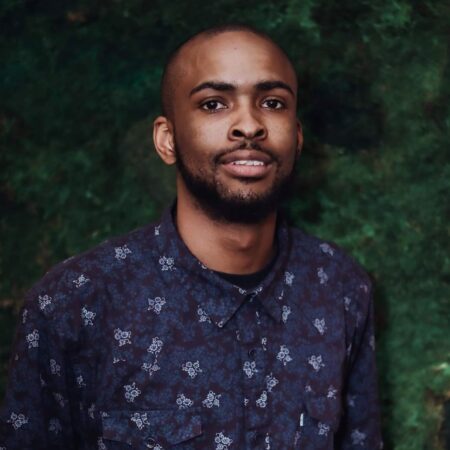 Occupation: Youth organizer and president of The Inspired Network

It’s difficult to think about the shooting of Jacob Blake because I went to school in Kenosha. As a young adult, I made dumb decisions in Kenosha. Now seeing this unfold, I think about how one of my decisions could have resulted. I think that if you make decisions from a place of fear, you shouldn’t be an officer.

It’s time for residents to be at the table alongside police. This philosophy of sitting high and looking low isn’t working anymore. Your policies as a community-serving organization, because that’s what police are meant to be, should be lining up with those of the community you serve. And if they don’t, you are doing a disservice. I would have the community at the table. 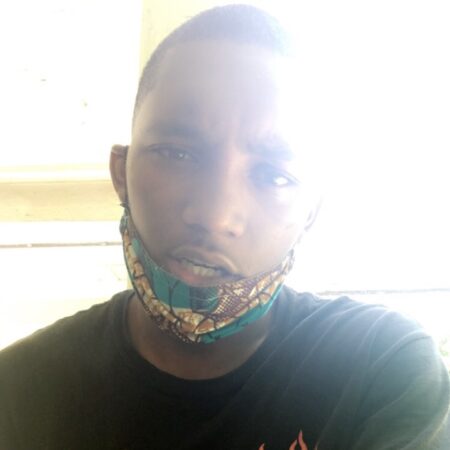 At this point, it feels like your job is irrelevant. I have only ever heard about or seen you doing something negative. It feels like you’re making things worse.

If I were police chief, I would fire those officers and try to get them a life sentence because they tried to kill someone. I would also do my best to change whatever the policy is on drawing your weapon because this isn’t working.

‘Why do you go for the gun first?’ 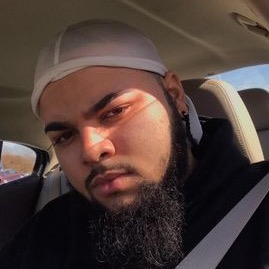 Neighborhood: South Side of Milwaukee

I’ve personally had good experiences when pulled over by police, but what consistently happens to other Black men gives me plenty of questions. I know I have it easier. Because I am definitely lighter than others, I’ve had fewer negative experiences. But I’m glad I can contribute to the conversation.

Why is it so hard for police to remember their training?

In Jacob Blake’s case, if people weren’t recording across the street, we may not have had footage of this incident, as none of the officers had body cams on. Which is why it’s important to vote, to get the right people in the right seats to make it a rule that every officer needs to have a body cam no matter what department.

Why do you go for the gun first, especially when there’s a crowd? Why do you feel the need to “never lose a fight” in public? Do you feel like your manhood is at stake when you’re being challenged by a stronger opponent in front of others?

The second someone starts to prove your little 6-8 week de-escalation training didn’t work, you reach for lethal options. Why is it so important to be the macho man?

Why do you not hold your other officers accountable while you’re out with them?

The common response to police brutality is “all cops aren’t bad.” But when other cops are on the scene and stand by while their coworkers use excessive force, they stand there like garden gnomes. They do nothing to interfere, nor will they report misconduct.

Do you not care?

If I was the police chief—that’s easy, I simply wouldn’t be one. I would never contribute to systematic racism.

If I had no choice but to be the chief, then I would simply fire and actually hold officers accountable when they’re written up — not just a slap on the wrist.

I’d be the one that cancels everyone’s bonuses or whatever funding I need to cut to make sure that citizens don’t cross the street when then they see a cop coming toward them.

‘Think of us as your brothers’ 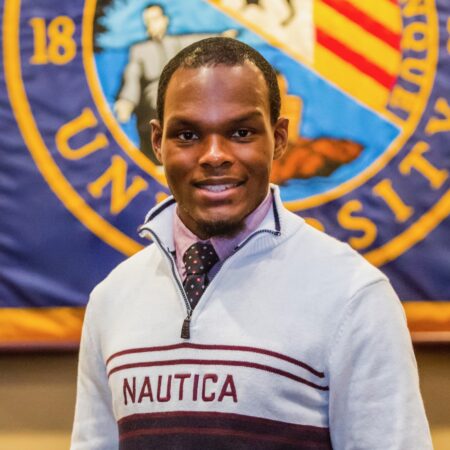 It’s not just an issue of bad policing, it’s an entire system of racism. In the recent past, we’ve had legalized racism and people say that it was in the past, but it wasn’t that long ago. Our generation is not the first to fight against systemic racism. This happens where there’s a giant peak every couple years and then it dies down. I’m scared my descendants will become so distanced from the areas of legalized racism that they’ll stop fighting for their rights and become numb to the issue.

There’s this stigma of Black men vs the police in Milwaukee. It’s expected that Black men will be arrested. I’ve never personally had a negative experience, but I recognize a lot of other men do have negative experiences. When you see an African American man walking down the street, no matter how they’re dressed, people label them and that’s not fair.

I’d tell an officer that behind the oppressive cultural stereotypes bounding my culture are engineers, doctors, fathers, nurses and teachers. Try not to look at us through a lens of “others,” but instead think of us as your brothers.

My one really big thing is the educational aspect. My duty as a police chief may not be education necessarily, but there’s no reason why police officers should be patrolling schools. Their presence adds to the school-to-prison pipeline.

If I were police chief, I feel that there should be more enforcement of getting officers from different representations. It’s a lot of officers coming from the suburbs.

I don’t know all the powers a police chief has, but they should be teaching people to not commit crimes instead of punishing people. I would attempt to eradicate crimes but changing mindsets instead of throwing people in prison.

‘I avoid police at all costs’ 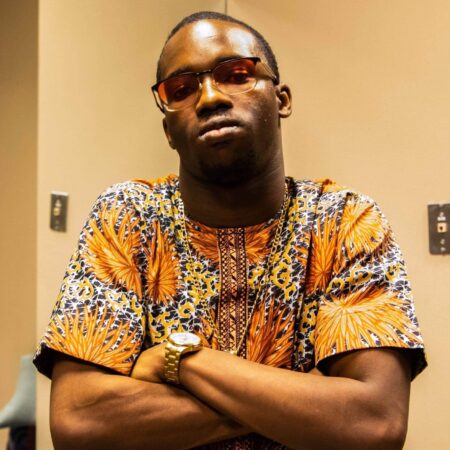 I grew up in a mostly middle-class neighborhood, so there wasn’t really an increased police presence . . . I’ve never seen police actually prevent a crime. They show up after a crime took place. Even in times I’ve needed police for small things like directions at the courthouse, it wasn’t helpful.

As a Black man, I avoid police at all costs. In an emergency situation, I try to figure it out myself.

I would work to understand those outraged. I wouldn’t be trying to condemn the community but rather my officers. I would be taking a double take at the department I am in control of to see what we are doing wrong. I would have to realize that maybe the organization I work for isn’t doing for the community what it thinks it’s doing.

‘My skin is not a weapon’ 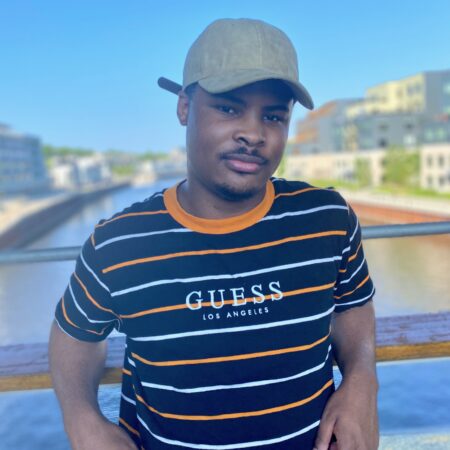 I would like police officers to know that my skin is not a weapon.

I believe that the trust between Black folks and law enforcement can only be repaired through a change in policy and the continuous commitment to challenging historical biases and practices.

I would like police officers to understand that the duty to serve should include both empathy and a level of unlearning.

If I were police chief, I would see to it that all of the officers involved are treated the same as if they weren’t wearing badges.

‘I’m still considered a “thug” in their eyes’

Being a Black man is a gift and a curse. We’re wanted by many but hated by most. Not only does it anger me, but I’m also frustrated. The fact that the cycle continues to repeat itself. If we comply, we’re SHOT. If we’re handcuffed, we’re SHOT. If we’re simply breaking up a fight that doesn’t involve us, WE ARE SHOT (seven times in the back). Every interaction with law enforcement shouldn’t end with Black men being killed. Police are not judges. They don’t determine whether you live or die. I’m preconditioned to this. When I was young, I remember having conversations with my pops on this exact situation: interactions with police as a Black man. No matter my occupation, I’m still considered a “thug” in their eyes . . . Things won’t change until there is action, and I’m not talking about these peaceful protests and the riots. It starts within.

I will implement policies that will hold officers accountable for their actions. No more slap on the wrist. Policies where it affects them either financially or simply just gives them jail time. Also I’ll have monthly or biweekly mental health check-ins.

‘No one deserves to be shot seven times’ 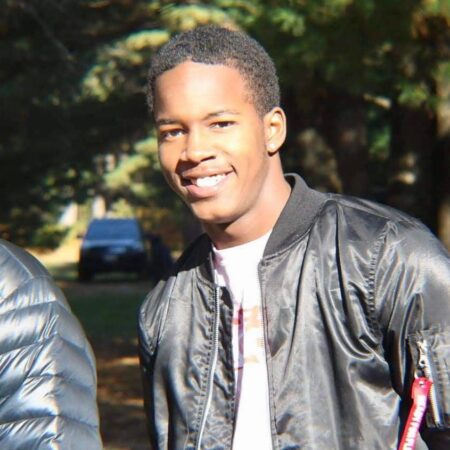 It’s sad and frustrating that we don’t feel safe around you. Every interaction with you leaves me stressed and nervous, even police just pulling up next to me. I have no criminal record, but I personally live in fear of police. We should be able to rely on police and not fear that our call will get us killed. Children should look up to you, yet they are scared and traumatized by you. It’s disappointing.

I would put these officers on suspension and have a thorough investigation of what took place. I would follow the chain of command, which I think would lead to the officers being behind bars because the use of force was excessive. No one deserves to be shot seven times.

Adam Carr and Ana Martinez-Ortiz contributed to this report.