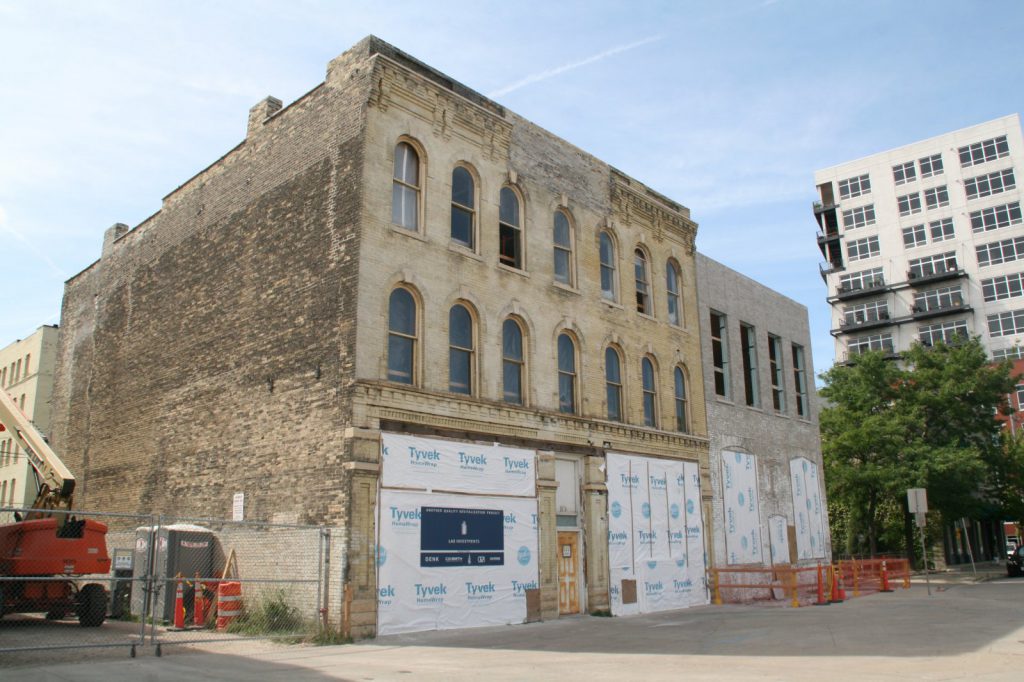 Two adjoining buildings at the north end of Walker’s Point, each over 110 years old, are being redeveloped.

Lacey Sadoff, the fourth-generation co-owner and president of Badger Liquor, is redeveloping the two adjacent buildings at 145 and 149-153 S. 1st St. into a mixed-use complex known as the Sofi Lofts. Through her firm LAS Investments, Sadoff is repurposing the properties to have first-floor commercial space with housing above.

Plans, approved by the Board of Zoning Appeals, call for a one-story garage to be constructed behind the buildings. A dimensional variance was necessary because the plan includes no indoor bicycle parking, as now required by the zoning code, and no off-street parking for the 4,000-square-foot commercial space.

Galbraith Carnahan Architects is leading the project’s design while CD Smith heads up the construction effort. Spire Engineering, Outside Architecture and Denk and Companyare also working on the project.

The project builds on a similar project Sadoff executed on the building next-door to the south. In 2013, LAS acquired the three-story building at 157-159 S. 1st St, built in  1882. The first floor is now occupied by BlackPaint Studios. The upper two floors of that property were converted to a single-family residence by LAS Investments in 2017.

The two-story building at 145 S. 1st St, the northernmost of the two, was originally constructed in 1909 under the design of Theo F. Schutz and used by Milwaukee Bronze Casting, according to state historical society records. Until recently, passersby could look through second-story windows and see the sky, but a new roof structure was recently completed. New windows have been framed in the S. 1st St. facade.

The three-story building at 149-153 S. 1st St. was known as the F. Holzinger Building when it was constructed in 1889 according to state records, though the 1987 historic nomination gives the building an 1865 year of construction with a “late 1870s or early 1880s” alteration. That alteration or its original construction included a much more elaborate cornice as depicted in a historical photo in the Milwaukee Public Library‘s collection, but state records show that it didn’t last a century. The elaborate cornice is missing in the archival photo from 1989.

Both properties are listed on the National Register of Historic Places, which grants eligibility to apply for historic preservation tax credits for qualified redevelopment work. Neither property has a local historic designation. LAS acquired the properties in 2018 with an adjacent surface parking lot (155 S. 1st St.) for $1.2 million.

The surface parking lot will be converted to a driveway to access the rear garage. A gate will be constructed at the street edge.

The bend in S. Water St. as it angles into S. 1st St. creates an excessively large, at least by Milwaukee standards, sidewalk in front of the two buildings that could serve future commercial tenants well. The excess space left over from the bend in the street grid also yields space for a pocket park across S. 1st St., a welcome amenity for any future residents.

The project joins a number that are underway or recently completed near the intersection of S. 1st St. and W. Pittsburgh Ave. Robert Joseph is planning an apartment building for a vacant lot at the southeast corner. Broken Bat Brewing moved into a one-story building immediately to the east and Duet Resource Group redeveloped the two-story building immediately to the south into its headquarters with a large rear addition.

The National Bobblehead Hall of Fame and Museum opened across S. 1st St. from the Sofi Lofts site in early 2019. The vacant buildings at 117-121 W. Pittsburgh Ave. were also sold in June 2019 to the owners of the adjacent apartment building.

The railroad tracks at the rear of the site separate Sadoff’s project from the Filament events venue and what was once the largest hardware store in the world. It will soon be an apartment building.

We first reported on the project in January. 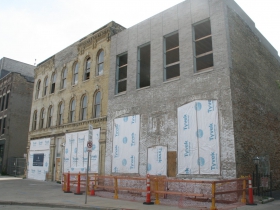 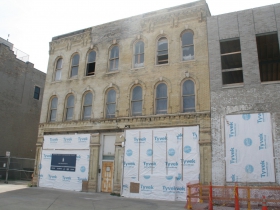 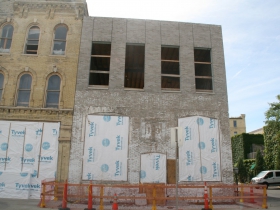 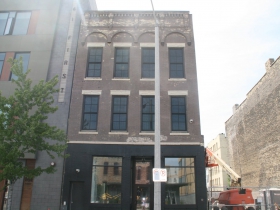 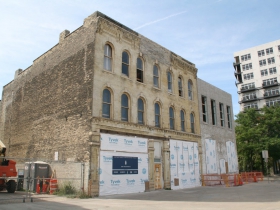 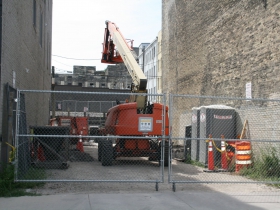