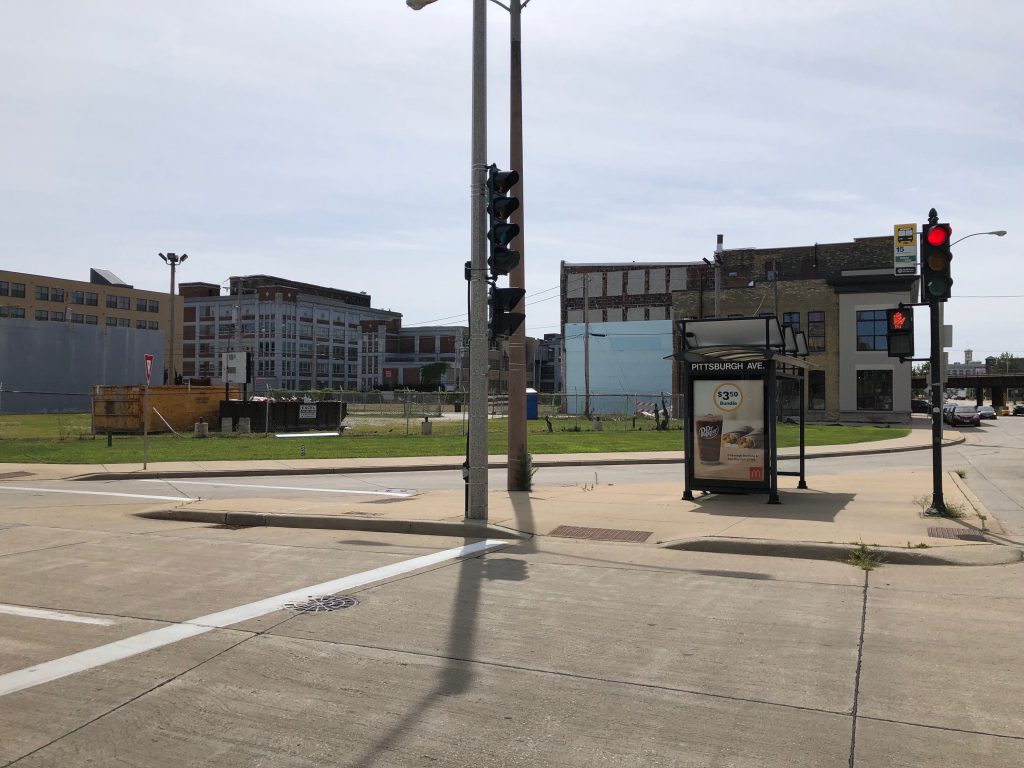 The city is getting out of the way of a proposed mixed-use development in Walker’s Point. Literally.

Joseph would combine the former turn lane with a vacant, .56-acre lot at 117 E. Pittsburgh Ave. Joseph Property Development purchased the parcel in October 2017 for $1.025 million.

Joseph, who is working with architect Matt Rinka and his firm RINKA, said he’s likely to build a six-story apartment building with first-floor commercial space at the site. Joseph and Rinka have collaborated on a handful of recent projects, including The Contour, an 80-unit building at 2214 N. Prospect Ave., and a 60-unit apartment building under construction on N. Jackson St. in the Historic Third Ward.

Eliminating the turn lane is key to the redevelopment of the site, said the developer. “It cuts the corner of the site and makes it virtually impossible to market to retail tenants,” said Joseph. He told the commission that no specific plans for the apartment building, as to design, number of units, etc.,  have been developed at this time.

The lane, which was installed decades ago when most of the area was industrial and tenants were switching to truck shipping, is separated from the rest of S. 1st St. by an island. The bus shelter on the island will be maintained as part of the public right of way.

“If we want to have a very pedestrian-friendly, vibrant site, certainly at the sidewalk level, we have to figure out how to deal with the traffic,” added the architect.

The lane’s elimination wasn’t a gift from the city. Joseph paid the city $161,800 for the privilege. The developer said the change will create a benefit for other nearby businesses by slowing down traffic.

Broken Bat Brewing is one such business, with the brewery slated to relocate to a one-story building immediately east of Joseph’s site near where the current turn lane merges with east-bound traffic. The change would slow drivers passing the brewery and reduce the risk of crashes.

Michael Pelsley received approval to develop a two-story commercial building on the site in 2015, but those plans never advanced.

The commission unanimously endorsed the vacation. The proposal will next go before the Common Council’s Public Works Committee. 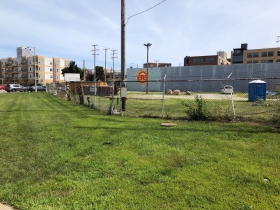 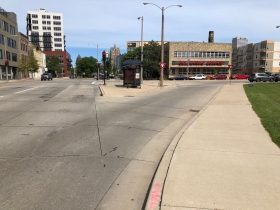 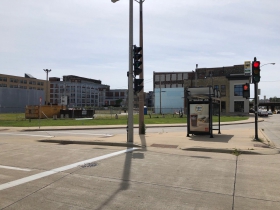