Terra Cotta on the East Side

New building brings back a material not used for decades in Milwaukee. 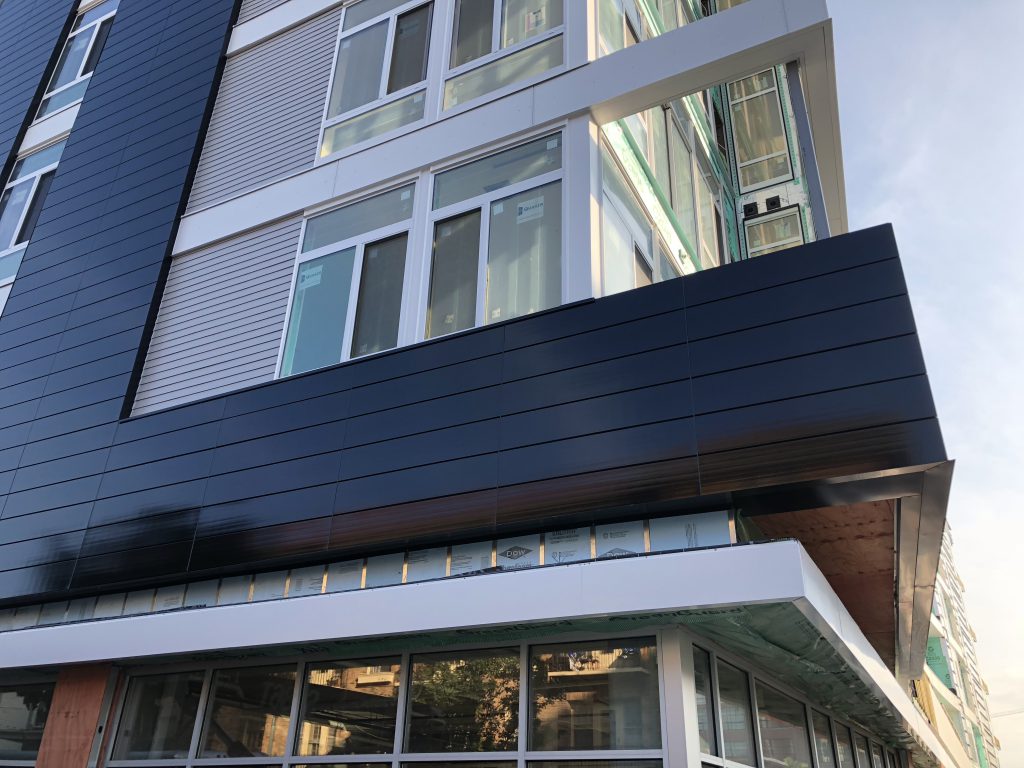 Terra cotta on The Contour. Photo by Jeramey Jannene.

In an era when armchair architecture critics bemoan how every new apartment building looks the same, something unusual is happening on the East Side.

Rinka Chung Architecture has designed an 80-unit apartment building for Joseph Property Development that not only curves out over the sidewalk, but includes a building material not used on a Milwaukee building for decades.

The Contour, as the project at 2214 N. Prospect Ave. is known, includes terra cotta in its facade. An Instgram post by Rinka Chung says it is the first gloss black NeaCera terra cotta installed in the United States.

A post on Baltimore-based Avenere Cladding‘s website, the U.S distributor of the comeback cladding, touts the trademarked product: “NeaCera is manufactured from natural clay, mined from German clay pits known to be of the very highest quality in the world. Although the production of terra-cotta products is centuries old, NeaCera combines the ancient practices with modern production techniques to create products that are contemporary, durable, energy-efficient and environmentally friendly.” The terra cotta is both mined and made in Germany.

The building site was previously a parking lot for the long-gone Prospect Mall (since redeveloped by Joseph) and a 2,520-square-foot Qdoba Mexican Grill restaurant. Now it will join the many such sites in the area that house a building clad in terra cotta.

Apartments will be a mix of market-rate, one- and two-bedroom units. The building will have an L shape, with the bulk of the massing along N. Prospect Ave. to match Joseph’s the Overlook on Prospect apartments directly across the street.

Project plans, approved in late 2015 by the East Side Architectural Review Board, include 73 parking stalls on a lower-level accessed from N. Prospect Ave. and 63 stalls on the first floor of the building accessed off E. Ivanhoe Pl. More than enough parking for the building’s residents and commercial tenants, leaving stalls available for users of the firm’s other area buildings. Unfortunately not connecting the two levels requires two entrances, with the one on N. Prospect Ave. occupying prime commercial space.

The northwest corner of the site at N. Prospect Ave. and E. Ivanhoe Pl. will include almost 10,000 square feet of retail space. As with its other projects, Joseph will serve as its own general contractor on the $14 million project. The firm had originally planned to open the building in 2017, but it’s now on track to open later this year..

Architectural review board member and Colectivo Coffee co-owner Lincoln Fowler is excited about the project. At a September 2015 ARB hearing, Fowler stated “something should be there. [The site is] one of the missing teeth, if you will, on Prospect.” Fowler would know: he operates a coffee shop across the street at 2211 N. Prospect Ave. and owns the building occupied by the newly-opened Village Ace Hardware at 2170 N. Prospect Ave.

Will the development help calm traffic on a stretch of N. Prospect Ave. that drivers often mistake for a straightaway at the Milwaukee Mile? Architect Matt Rinka thinks so: during the building’s review board hearing he noted “the fact that there is open parking makes people feel they can speed on Prospect. The hard edge of the building will slow people down. We discuss this in Urban Design Strategies class.”

Ready to move in? A leasing website is now available. 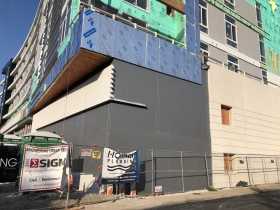 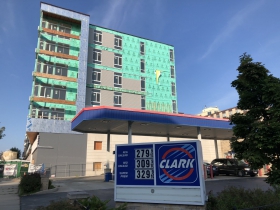 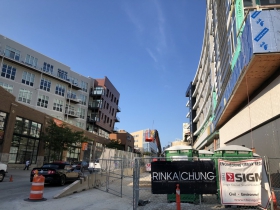 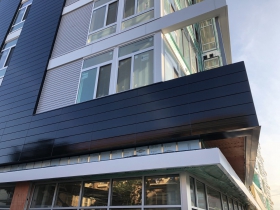 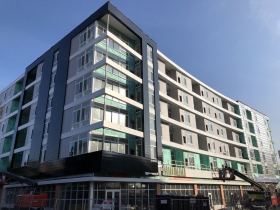 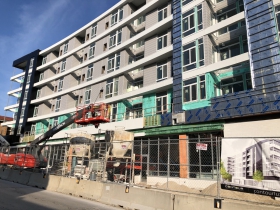