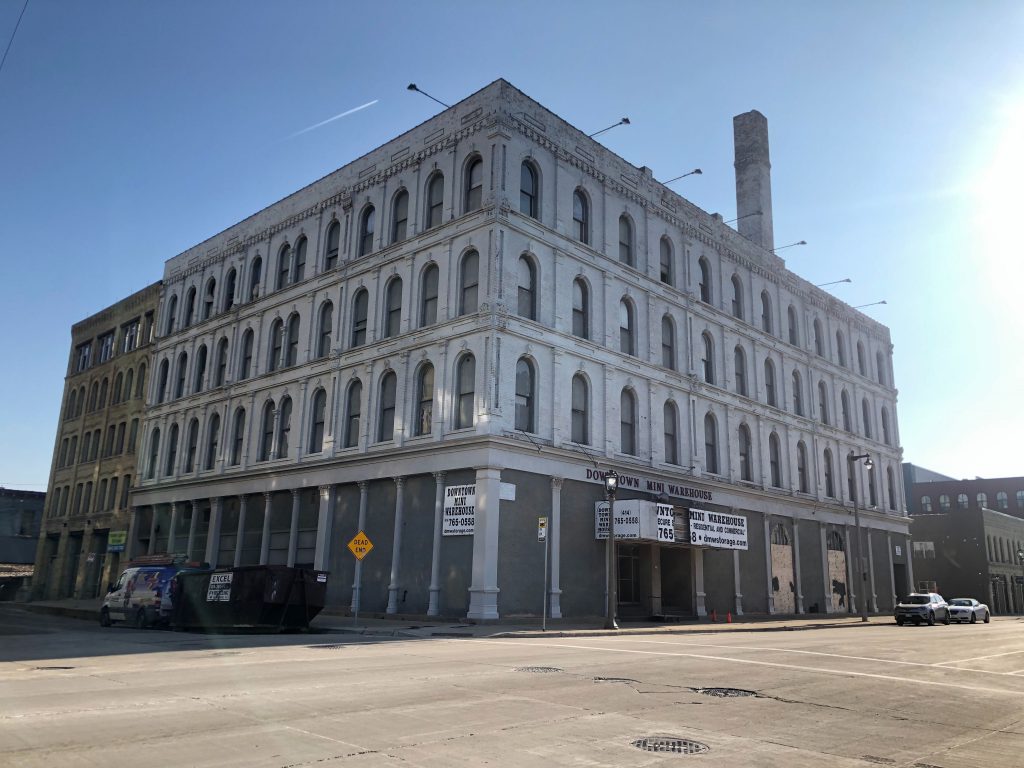 It was once home to “the largest hardware store in the world” according to the April 1874 edition of The Milwaukee Monthly Magazine and soon it will be home to approximately 40 Milwaukeeans.

Built in 1873, the four-story structure was located near Milwaukee’s industrial heart at the time, a stone’s throw from a railroad depot, a number of other warehouses and lumber yards. But not long before that, the land was a marsh on the edge of navigable waters.

Twenty feet below the building, according to an 1874 report, the hull of the wrecked S.S. Cincinnati rests. The steamship had collided with the S.S. Milwaukie and was stripped for pieces before being dumped on what is today solid ground. But to create that ground, the ship had to have layers of oak ties laid atop it, mixed with layers of sand and cement. A three-layer stone foundation all but ensures that future residents won’t be able to actually see the ship their new home is built atop when they move into the complex in 2021.

With design support from Miller Architectural Group, Joseph will adaptively redevelop the Italianate building with the support of historic preservation tax credits. That includes restoring the facade, including the cast iron, first-floor storefront that has been covered over with drywall for years.

Residents will find a rooftop deck with views of both the Milwaukee and Menomonee rivers. Architect Brian Miller said the deck is being designed in accordance with National Park Service standards that govern the tax credits and won’t be visible from the street.

Windows on the upper floors will also be replaced. “The upper floor windows were radically deteriorating,” said Miller in an interview, noting that none could be saved.

The east side of the building directly abuts a warehouse structure wedged between the former hardware store and the Canadian Pacific railroad tracks. That building, now home to a new event venue, isn’t part of the project. But it did present a design challenge by eliminating an entire side of windows. “We wrapped the apartments around the three exposed facades,” said Miller. That includes W. Seeboth St., S. 2nd St. and an alley on the building’s south side.

The building will be named Nazro Hardware Lofts. It was originally developed by George Burnham for John Nazro. (Burnham was the businessman who mass produced the cream-colored bricks that give the city its Cream City nickname.) Back in its hardware store days, the building was touted as being capable of storing one million cubic feet of goods. “Fitted and furnished in a manner making it the most elegant and commodious hardware store in the country,” wrote S. Compton Smith in a piece praising Nazro and his store in 1874. Smith reported that Nazro did $1.25 million in business in 1873 which adjusted for inflation would be approximately $26.5 million in 2018 dollars.

Smith’s piece, worth a read for anyone interested in history or 1870s civic boosterism, details the building and Nazro’s business. It also includes hard to fathom comparisons, including suggesting that the structure could house a military hospital for 3,500 patients. Smith also reminisces about once fishing at the site of the building, a homey touch in the article.

Nazro left the building in 1878 and sold his hardware store by 1880 after which it became a cigar factory, machine shop, department store and ultimately Downtown Mini Warehouse in 1980.

The Nazro Hardware Lofts will join the two-story Mabbett & Breeds Block as the second historic building on the block converted to housing this decade. For more on Milwaukee’s hardware history, see our 2016 column “Yesterday’s Milwaukee: The Largest Hardware Store in America.” 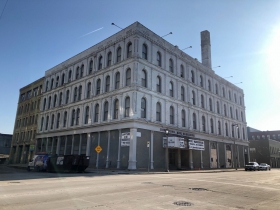 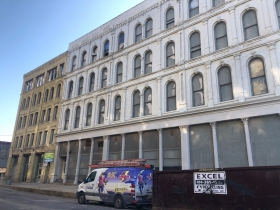 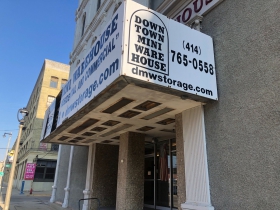 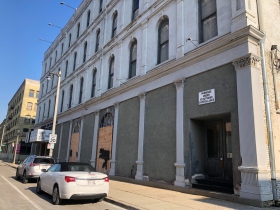 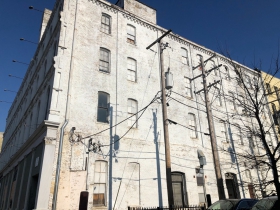 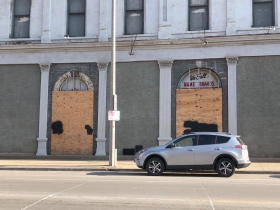 One thought on “Eyes on Milwaukee: Once World’s Largest Hardware Store, Now Apartments”