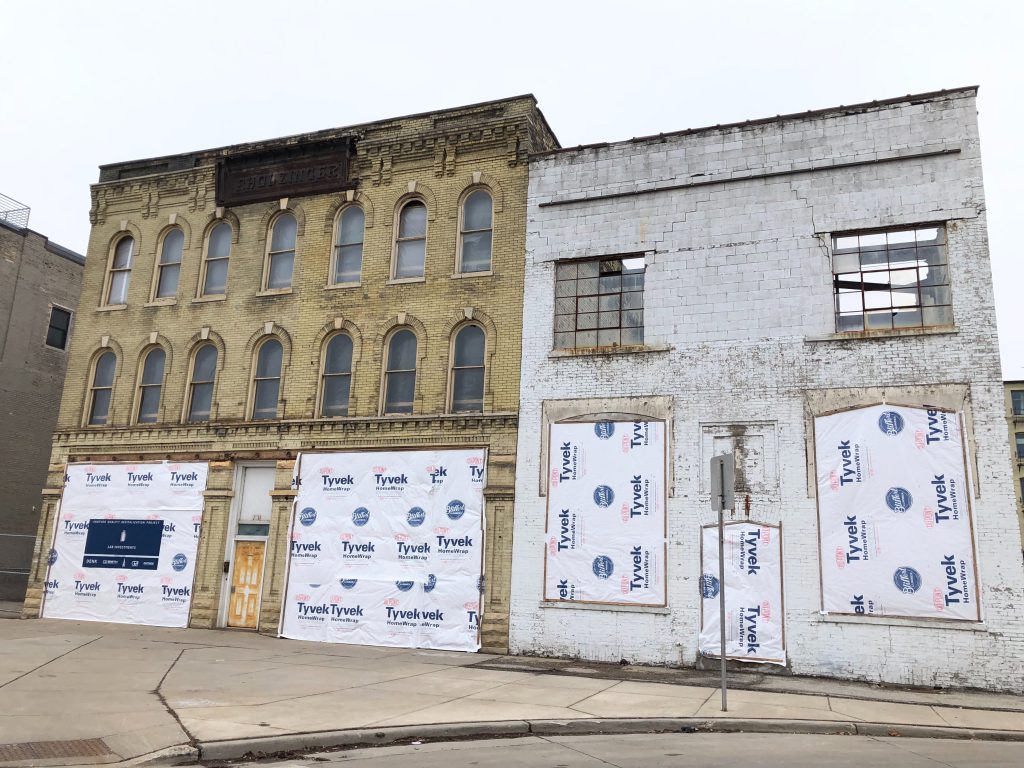 Liquor distributor Lacey Sadoff is about to commence work on redeveloping two Walker’s Point buildings that are both well more than a century old.

Sadoff, the fourth-generation co-owner and president of Badger Liquor, is redeveloping the two adjacent buildings at 145 and 149-153 S. 1st St. into a mixed-use complex known as the Sofi Lofts. Sadoff, through her firm LAS Investments, intends to redevelop the properties into a mixed-use complex with first-floor commercial space and housing above.

A permit to alter the buildings was filed with the Department of Neighborhood Services on January 2nd by Nick Carnahan of Galbraith Carnahan Architects. Signage at the site and other permits indicate that CD Smith, Spire Engineering, Outside Architecture and Denk and Company are also working on the project.

Work was undertaken in October through December to stabilize the buildings and prepare them for redevelopment. A glance into one of the buildings from the sidewalk reveals a lack of a roof and plenty of bracing.

The two-story building at 145 S. 1st St. was originally constructed in 1909 under the design of Theo F. Schutz and used by Milwaukee Bronze Casting according to state historical society records.

The three-story building at 149-153 S. 1st St. was known as the F. Holzinger Building when it was constructed in 1889 according to state records, though the 1987 historic nomination gives the building an 1865 year of construction with a “late 1870s or early 1880s” alteration. That alteration or its original construction included a much more elaborate cornice as depicted in a historical photo in the Milwaukee Public Library‘s collection, but state records show that it didn’t last a century. The elaborate cornice is missing in the archival photo from 1989.

Both properties are listed on the National Register of Historic Places, which grants eligibility to apply for historic preservation tax credits for qualified redevelopment work. Neither property is locally historically designated. LAS acquired the properties in 2018 with an adjacent surface parking lot (155 S. 1st St.) for $1.2 million.

LAS also acquired a three-story, 1882 commercial building at 157-159 S. 1st St. in 2013. According to signs on the windows, the first floor of the latter property will soon be occupied by BlackPaint Studios. The upper two floors of that property were converted to a single-family residence by LAS Investments in 2017.

In partnering with Denk and Company, Sadoff has found someone that knows the block. Kelly Denk, through his former firm Vetter Denk, developed the next property to the south at 161 S. 1st St. in 2007.  Denk and John Vetter dissolved their architecture and development firm in 2018.

Neither Denk nor Sadoff responded to voicemails left in December regarding the project.

The project joins a number that are underway or recently completed near the intersection of S. 1st St. and W. Pittsburgh Ave. Robert Joseph is planning an apartment building for a vacant lot at the southeast corner. Broken Bat Brewing is moving into a one-story building immediately to the east and Duet Resource Group is redeveloping the two-story building immediately to the south into its headquarters.

The National Bobblehead Hall of Fame and Museum opened across S. 1st St. from the Sofi Lofts site in early 2019. Michael Bloomberg opened a Presidential campaign office in 161 S. 1st St. in late December. The vacant buildings at 117-121 W. Pittsburgh Ave. were also sold in June to the owners of the adjacent apartment building.

The railroad tracks at the rear of the site separate Sadoff’s project from the Filament events venue and what was once the largest hardware store in the world, but will soon be an apartment building. 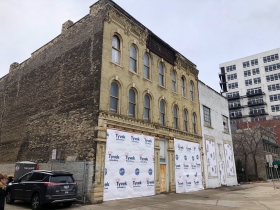 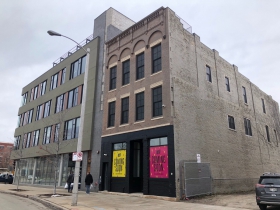 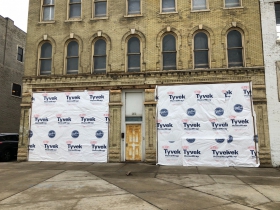 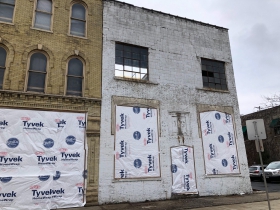 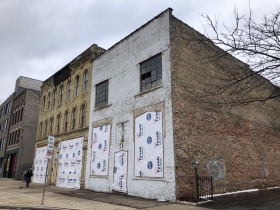 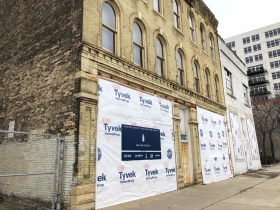