Different than Portland, continues past help, Chisholm and DeSiato explain. 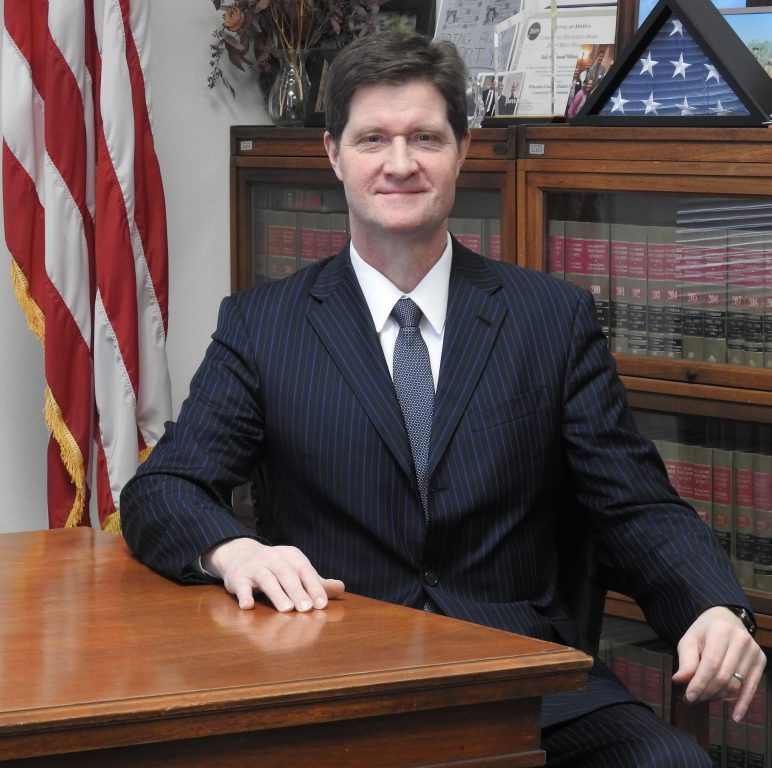 A “surge” of federal agents for Milwaukee and other “Democrat-run cities” was announced last week by President Donald Trump and his chief of staff Mark Meadows. But, according to local officials, Trump wasn’t actually announcing anything new.

“Like you, I had deep concerns with events unfolding in Portland,” said Milwaukee County District Attorney John Chisholm to members of the Common Council Public Safety & Health Committee on Monday morning.

Chisholm said what’s been seen in Portland, Oregon, where individuals have been detained by unidentified federal agents in unmarked vehicles, is unlawful imprisonment. “Those are simply crimes, no matter who does them,” he said.

The DA said the agents in Portland are members of the Department of Homeland Security (DHS) as well as federal Customs and Border Protection agents.

“These are not the assets that I have been told are going to be deployed here,” said Chisholm. He said agents in Milwaukee come from an initiative announced in 2019 that was rebranded in recent weeks and are from the U.S. Department of Justice, not DHS. “The agents that are coming to Milwaukee are investigative agents, they are absolutely required to follow the Constitution, their actions have to be reviewed at a next level.”

“I think that they are totally distinct,” said Chisholm, noting that he had to make calls to get up to speed on the announcement. “We have to remain vigilant, we have to remain disciplined about who is coming and what they’re going to do.”

The Milwaukee Police Department was also caught off guard by the news. “We were blindsided by the reference to Milwaukee,” said MPD chief of staff Nick DeSiato. “Why our name and our city got included in that conversation is simply beyond us.” Backing up a prior press release, DeSiato said the department welcomes help to address violent crime, but not to target protesters.

Matthew D. Krueger serves as the U.S. Attorney for the Department of Justice’s Eastern District of Wisconsin. “I think he was caught off guard as much as anyone else was,” said Chisholm. Committee chair Alderwoman Marina Dimitrijevic said Krueger told her that more information would be provided on Wednesday.

What Chisholm and DeSiato believe was referenced by the President was a rebranding of the 2019 Operation Relentless Pursuit initiative to Operation Legend. The new name is a reference to LeGend Taliferro, a four-year-old recently killed in Kansas City. The $71 million effort was expected to include 400 agents supplementing local police forces in seven cities.

“Are they here or are they being deployed?” asked Alderman Russell W. Stamper, II.

“I think the short answer is both,” said Chisholm. He said U.S. Marshalls started by providing assistance on locating individuals with outstanding warrants.

“We have to keep in mind that we are going to see an infusion of additional resources, and we have seen them for the last year, related to the [Democratic National Convention],” said the District Attorney. DeSiato said MPD has over a dozen federal partnerships currently to supplement the city’s law enforcement efforts.

Milwaukee’s homicide rate has nearly doubled this year, with much of it attributed to a spike in domestic violence and two mass shootings.

“I certainly welcome whatever resources we can get to decrease crime,” said Ald. Khalif Rainey. But he questioned if Milwaukee was getting the right tools from the federal toolbox.

Chisholm said federal agents can help local law enforcement, but that they need to follow the law. “I don’t take resources that compromise my independence or my integrity,” he told the committee.

Chris Ott, executive director of the American Civil Liberties Union of Wisconsin, said his organization is concerned about a surge in federal agents.

“Our city does not need more police officers,” he said. “Our streets are not war zones and protesters are not enemy combatants, but too often we see communities, particularly those made up of Black and brown people, treated as if they were.”

Ott said the ACLU was concerned federal agents would be used to disband peaceful protests outside the DNC, and wouldn’t help the city’s homicide problem. “Many of the recent homicides resulted from domestic violence and swarming the streets with more police officers will not prevent this,” he said. Ott said more needs to be done to address underlying causes of violence.

Ald. Milele A. Coggs asked each of the participants how they thought the confusion started, and each demurred. “I don’t mean to be glib, I have no idea,” said DeSiato.

But one speaker, unprompted by Coggs, had an answer. “This is nothing more than a political tactic from the President,” said Chez Ordoñez, chair of the city’s Equal Rights Commission.

Ordoñez, speaking on behalf of the commission, had choice words for the President. “This administration is worthless and ruthless. This President is a liar and coward,” he said, calling the agents “terrorists.”

How could Milwaukee’s federal surge end up looking like Portland? If federal property is damaged. “That’s sort of the trigger we should watch for,” said Chisholm.

More about the Federal Agent Surge