Attorneys call for more to be charged in Joel Acevedo's killing. His parents doubt justice will be done. 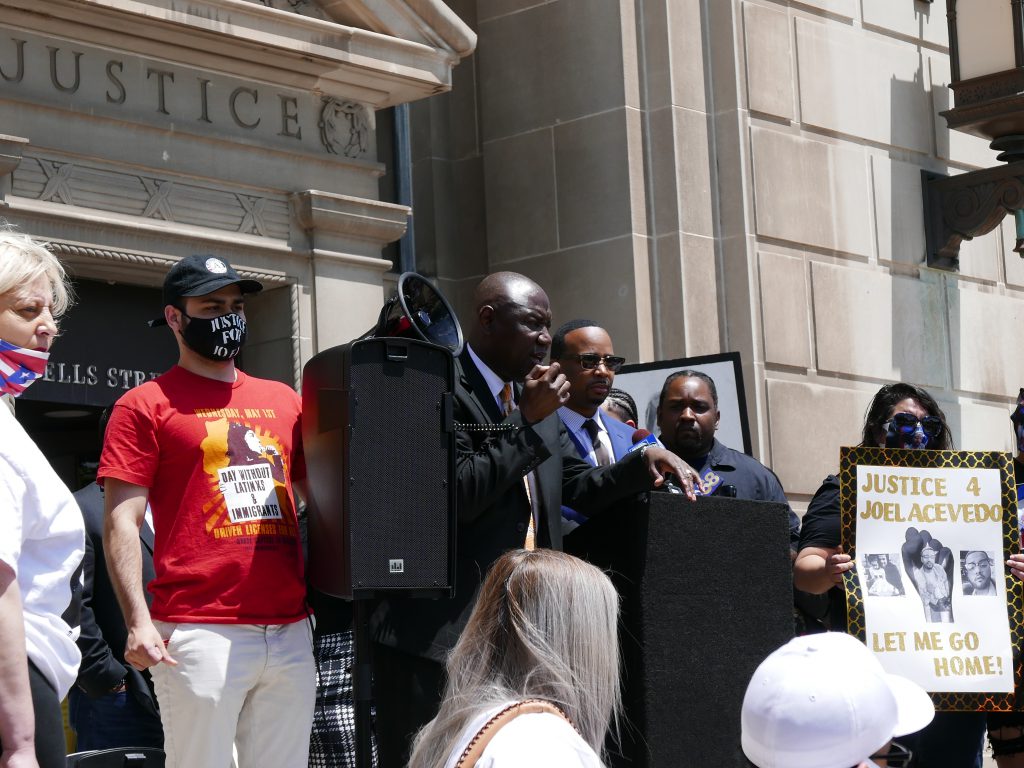 In April, Mattioli held a party at his house which Acevedo attended. At the party Mattioli put Acevedo in a chokehold that ultimately killed him. Acevedo’s family and attorneys have reviewed the recorded 911 calls and body camera footage of police officers that responded to the house, and they say that Acevedo was strangled by Mattioli for 10 minutes straight.

While Acevedo was being choked he yelled out that he wanted to go home. This unfortunate cry has become famous in Milwaukee and is often chanted by local protesters marching against police brutality.

Based upon circuit court records, Mattioli was allowed to remain out of custody during his trial on the $50,000 bond that he initially posted after his arrest. The prosecuting attorney is Assistant District Attorney Paul Tiffin. Mattioli is represented by attorneys Michael F. Hart and Craig Powell.

Meanwhile, outside the southern entrance of the Milwaukee County Courthouse, a group of protesters and activists organized a press conference and protest.

LaMarr and Crump both called for charges to be brought against the individuals that held Joel down while Mattioli choked him. LaMarr charged that District Attorney John Chisholm‘s office was dispensing “coupon justice.” That is, “charge one and get two free.”

LaMarr said the DA’s office has no problem finding probable cause to charge the hundreds of people sitting in the Milwaukee County Jail, yet somehow seems to be struggling with it in the Acevedo murder case. “What we expect… that when you have evidence that meets probable cause you take that evidence, provide what is called due process and then present that evidence to a reasonable jury.”

Crump blasted Wednesday’s bond hearing for Mattioli, saying “This was a bond hearing for a man who literally strangled [Acevedo’s mother’s] baby boy to death. And yet there was no request to increase the bail amount even though this bail amount was set when he was still alive.” (Joel Acevedo lingered for days, not dying until after the bail was set.) Crump said he was hoping court officials would “acknowledge the sanctity of life.”

The Acevedo’s and their attorneys have seen body camera footage from responding officers, and listened to the 911 call recording, and say the evidence shows Mattioli had his arm around Acevedo’s neck for 10 minutes.

Acevedo’s mother, Maribel, said that after watching Mattioli’s initial appearance, she doesn’t believe anyone will defend her family, or her son’s life. Her husband Jose struck a similar tone, saying, “No one spoke up for us in that courtroom today. My son is not gonna get a fair trial, I already know it.”

Maribel said she was disgusted to sit in the courtroom and “to look at a man, that held my son for 10 minutes, and took his life, behind closed doors, and have this false self-defense narrative.”

As she spoke, many in the crowd were moved to tears. “I know my son,” Maribel said, “he wanted to go home.” 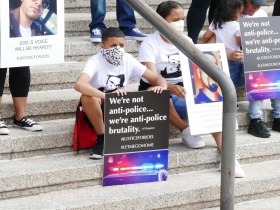 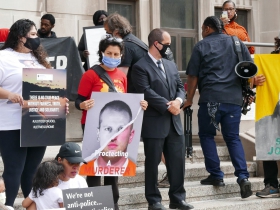 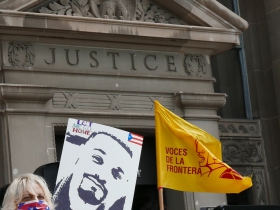 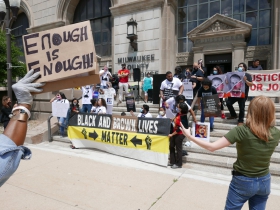 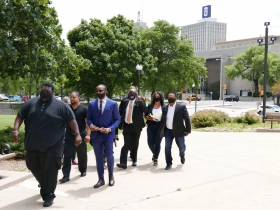 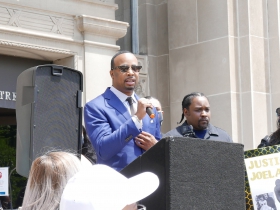