By Will Flanders and Cori Petersen - Jun 17th, 2020 03:39 pm
Get a daily rundown of the top stories on Urban Milwaukee 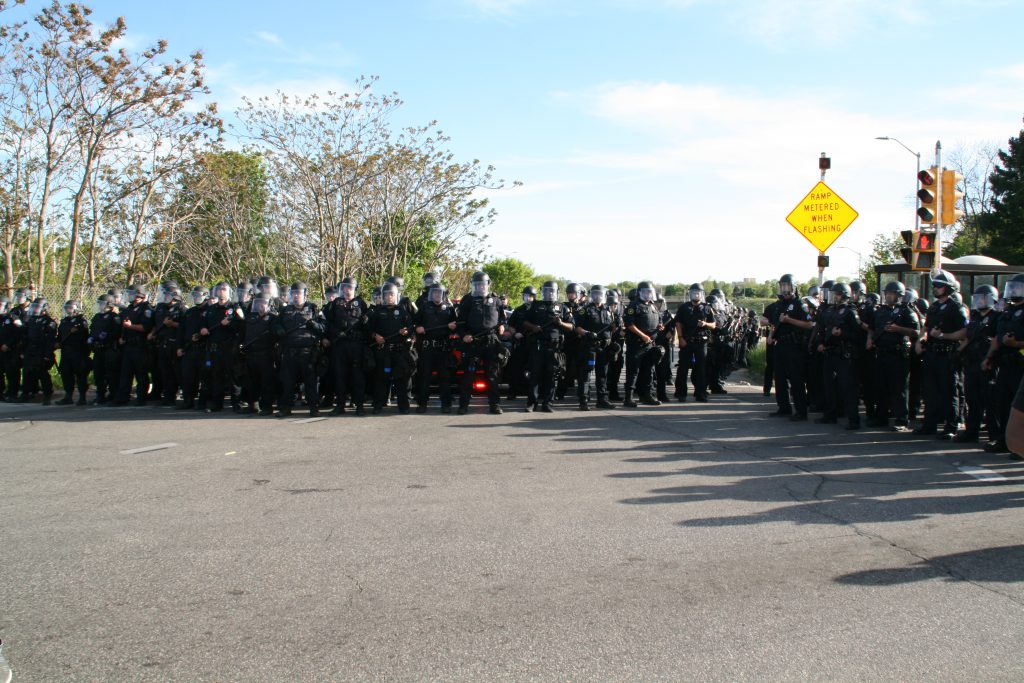 Minneapolis Police Officer Derek Chauvin and his tenure with the Minneapolis Police Department became a national controversy in the aftermath of George Floyd’s death in May. This wasn’t Chauvin’s first act of misconduct over his 20-year career — in fact, this would be the 18th complaint filed against him. But how is it that he has maintained his job? The answer, in part, is the power of police unions.

Police unions are strong in the U.S. They were even exempted from Act 10, the controversial public-sector union reforms passed in Wisconsin in 2011. But strong police unions are an important reason why officers like Chauvin might still be a part of the force in Wisconsin, too.

If Wisconsin wants to make lasting and impactful reforms to policing and ensure that it is always and only oriented toward public safety, the state should consider extending Act 10 to police unions.

According to a 2019 article in the Milwaukee Journal Sentinel, 93 Milwaukee police officers were disciplined for egregious misconduct, but all kept their jobs. “Their offenses range from sexual assault and domestic violence to drunken driving and shoplifting,” the paper reported. In one domestic violence case, the officer told investigators that he did throw his wife to the ground and hit her in the chest, chin and face with an open hand. He was initially charged with domestic violence related substantial battery, which is a felony and would have cost him his job. But the charges were eventually lowered to noncriminal tickets if he “completed domestic violence treatment, substance abuse assessment and treatment, and a parenting class.”

To understand what Act 10-style reform for the police union would mean, we can look to the example of teachers unions. Act 10 restricted collective bargaining, ended mandatory union dues and required contributions to benefits. The result was well-documented budget savings, but more importantly, teacher quality increased as schools were able to evaluate disciplinary decisions on a more individual basis and let a bad teacher go even if they have tenure. And contrary to the expectations of opponents, the sky has not fallen on education in the state as a result of the legislation.

For similar reasons, the Legislature could extend Act 10’s reforms to the state’s police unions. Police unions serve two main purposes: they help negotiate working conditions such as officers’ hours and their benefits. They also are supposed to protect officers when they are wrongly accused. But in this effort, unions all too often protect bad officers.

Police unions across the country have fought reforms like body cameras, the legality of filming an on-duty officer with your cellphone, merit-based pay, signing consent decrees to hold officers accountable, banning contracts with private trainers to teach war-type tactical courses and so on. Under the Milwaukee Police Union contract, officers accused of misconduct can only be interrogated during certain hours of the day, leaving time to get the story straight. A lengthy process is set up to arbitrate disputes when department rules are broken, potentially delaying the removal of bad actors and discouraging superior officers from taking needed actions.

There is an argument that police officers need more protection than teachers simply due to their line of work. However, there are other ways to protect officers that can ensure transparency and accountability. Like malpractice insurance for doctors, police officers could have personal liability insurance that helps cover the fees they might incur if accused. Their premiums would increase if counts of misconduct are filed against them.

Reducing the power of police unions would not only allow a precinct to fire an officer, but for cases where the officer has been involved in wrongful death, this could be taken a step further. With private liability insurance companies involved, an officer who has enough counts against him would eventually become uninsurable, which could result in revoking his or her badge altogether.

The current upheaval in America is evidence that trust needs to be mended between officers and the public. We must look for reforms that ensure police can do their jobs without sacrificing accountability and transparency. Police unions, like their public-sector union counterparts, have enabled a system that too often protects the “bad apples” and thwarts critical reforms. Let’s fix it.

Will Flanders is research director and Cori Petersen is a writer and research associate at the Wisconsin Institute for Law & Liberty.