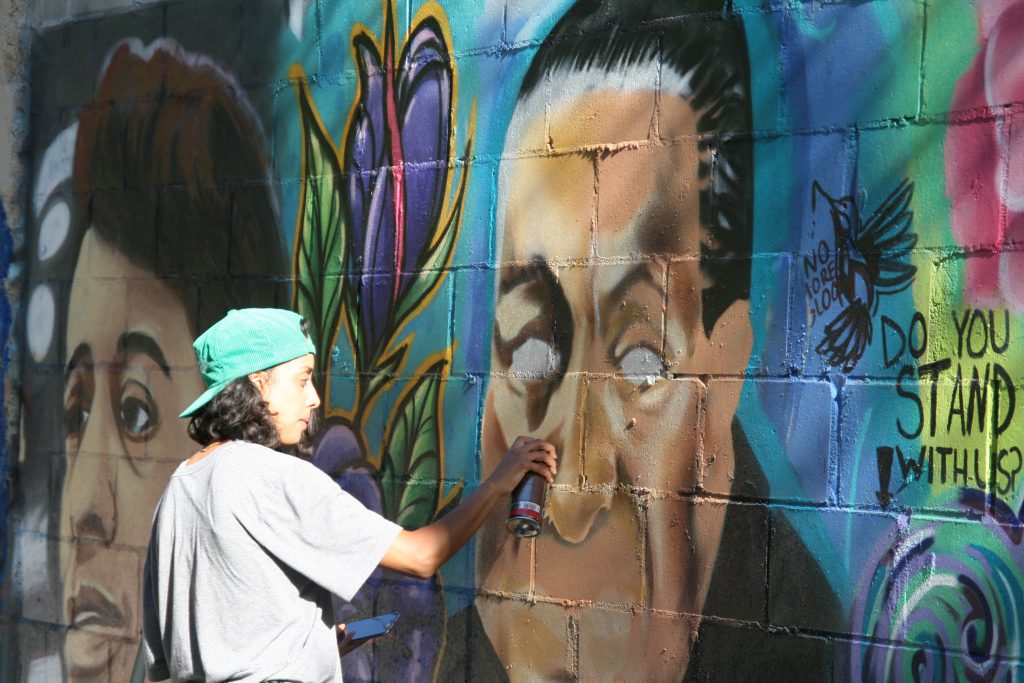 While the gears of government begin slowly moving in reaction to the thousands of people who have taken to the streets, there has already been visible change in Milwaukee.

The protest movement that was launched in response to the killing of George Floyd by a Minneapolis police officer has resulted in a wave of new public art in Milwaukee, some temporary, some permanent, all led from the bottom up.

The most notable installation is a mural of Floyd that covers a small building at 2308 N. Holton St. on the border between Milwaukee’s Riverwest and Harambee neighborhoods. It also prominently features Dontre Hamilton who was killed by a Milwaukee police officer in 2014.

Painted two weeks ago by a group of artists, it has already drawn a series of companion pieces installed on an adjacent fence.

When Urban Milwaukee visited the site at N. Holton St. and W. North Ave. on Sunday, artists, many from Milwaukee’s Muslim community, were hard at work painting the new pieces while onlookers stopped by to get their photo taken in front of the large Floyd mural. Others had left flowers at the mural’s base.

Fanana Banana, a Milwaukee-based Muslim art collective, organized the creation of the second series of pieces that were affixed to a fence near the Floyd mural.

Just over a half mile to the north at 2901 N. Holton St. stands a mural of Breonna Taylor, who was fatally shot by Louisville police officers during the execution of a no-knock search warrant intended to find a suspect who was already in custody. Painted by artist Chris Burke on the building’s Locust Street facade The mural also has drawn flowers, candles and other items left in support.

On the north side of the building, in an otherwise nondescript alley, a slew of artists collaborated over the weekend to spray paint a civil rights-themed mural that features everyone from Milwaukee civil rights leader Vel Phillips and slain rapper Nipsey Hussle to former Supreme Court justice Thurgood Marshall and President Barack Obama. Artists Jaqueline Tavares, Falasteen Hayti, Dom White and Burke helped coordinate supplies, including much-needed ladders, to make the piece come together. Urban Milwaukee was on hand to watch artist Aisha Valentin put the finishing touches on her depiction of Marshall and Landon Revels discuss his depiction of Hussle with onlookers.

Both buildings are owned by Ihsan Atta who coordinated with Burke on finding artists for the collaborative murals.

The location of the murals reflects the unity of the broader protest movement, the west side of N. Holton St. is lined by majority-black or majority-minority census tracts, the census tracts on the east side of the street are majority white. Viewed as a whole, the area represents one of the more racially-integrated areas of the city.

Temporary art has also emerged. The Milwaukee Art Museum lent the plaza in front of the museum to serve as a canvas for Black Lives Matter chalk art. Dozens of people emerged to cover the plaza that stretches south towards the Summerfest grounds. They created massive letters that stretched through the middle spelling out BLACK LIVES MATTER while dozens of smaller pieces covered them.

Other marches, including one that left from Morgan Park on Saturday, have welcomed chalk art before they began. Urban Milwaukee captured the park’s sidewalks covered in art ranging from simple messages to complex drawings.

Businesses that were boarded up in response to vandalism have also responded by turning the plywood boards into a canvas. Urban Milwaukee captured The Vibe coworking space at 518 E. Concordia and Riverwest Filling Station, 701 E. Keefe Ave., in various stages of being painted.

Milwaukee’s art institutions are also evolving to become more inclusive. The Lynden Sculpture Garden is reforming its structure and programming, a process that was already underway, to become a place where “black creativity is nurtured and celebrated.” The Museum of Wisconsin Art‘s opening exhibit inside the Saint Kate Arts Hotel showcased a diverse array of artists from well-known artists to a young Sudanese immigrant.

If you want something for your ears instead of your eyes, John Sieger wrote about a Floyd-inspired song from artist Tom Prasada-Rao in his latest column. 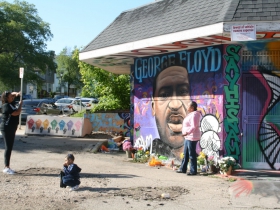 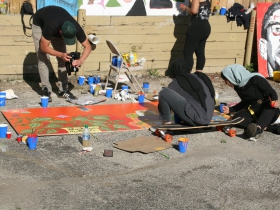 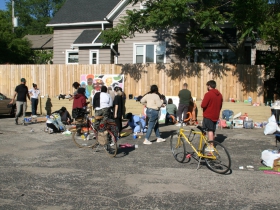 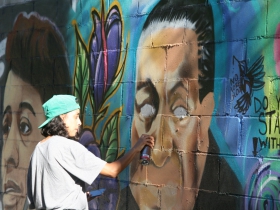 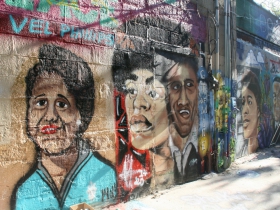 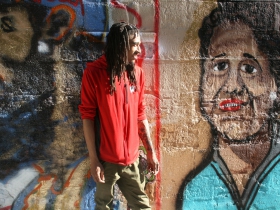