Requires city budget office to model what cut would look like, in time for fall budget debate. 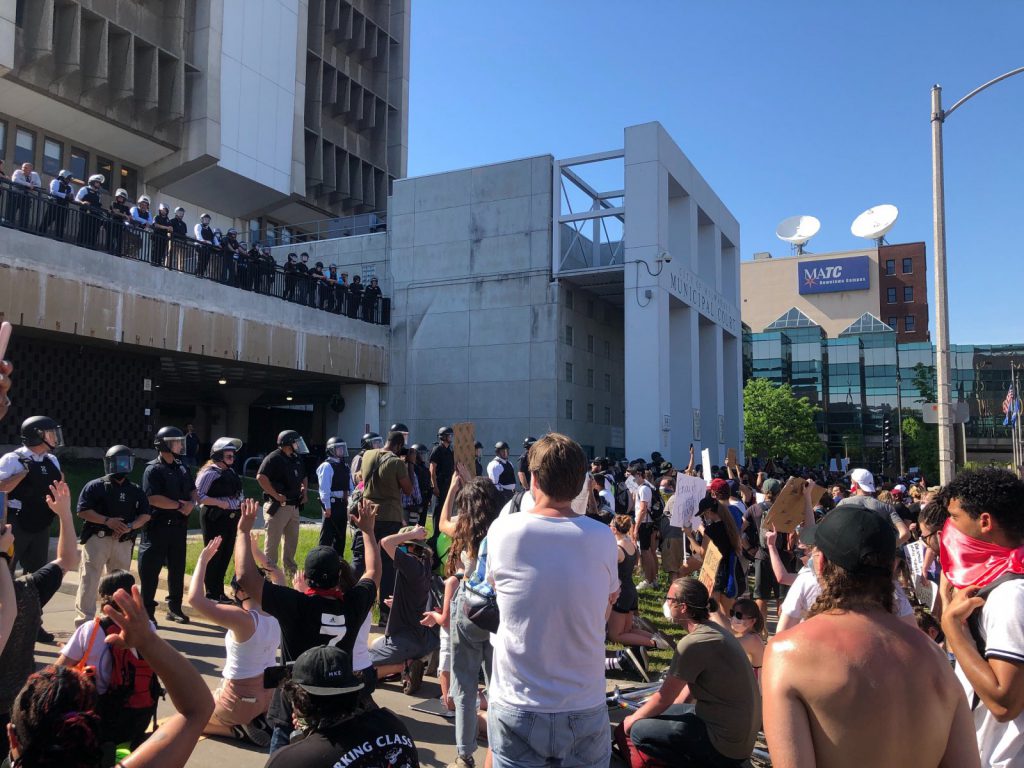 Milwaukee residents will soon have a better sense of what reallocating almost $30 million from the Milwaukee Police Department to other services would look like.

The Milwaukee Common Council, on a 13-2 vote Tuesday morning, approved a resolution authored by Alderman Jose G. Perez that requests the city budget office to model cutting 10 percent from the department’s budget.

“Everyone gets a clear picture of what a 10 percent reduction looks like,” said Ald. Robert Bauman in praise of Perez’ proposal. “I think this is an excellent exercise in gathering information, being able to bring it back to our constituents in adequate time to inform the budget process.”

Mayor Tom Barrett will present his budget proposal to the Common Council in late September, with the council adopting a final budget in November. Last year over 90 amendments were considered.

Perez said the marchers in the streets are being heard.

“We know how difficult and unsustainable the police budget is headed forward,” he said. For the past five years the size of the police budget has exceeded all of the revenue the city receives from property taxes. In 2020 it represents approximately 45 percent of the city’s general fund, which also includes state shared revenue and other sources of funding besides the property tax.

“I think we all know that the system is a little broken,” said Alderwoman Milele A. Coggs.

Ald. Ashanti Hamilton said a cut to the police department isn’t an indictment of the individuals working for it. “I want to make something perfectly clear. I don’t think there is anyone on the council that isn’t supportive of police officers,” he said.

He said the potential move would reflect a change in strategy, one intended to give support to officers and to the communities they serve. “There is an unsustainable path we are going down to think we can police our way to stable neighborhoods,” said Hamilton. “Quite honestly, we have to start making our actions match this rhetoric we often use.”

Hamilton said when council members Coggs and Nik Kovac were first elected in 2008 they changed the discussion.

Kovac said he has received over 2,000 emails regarding the issue in the past few weeks, including hundreds from his constituents.

The East Side and Riverwest alderman said Milwaukee could have easily been in the national spotlight that Minneapolis finds itself in. “If there was bodycam footage of what happened to Joel Acevedo, if there was bodycam footage of Dontre Hamilton, we could have been the city,” said Kovac. Acevedo was killed with a chokehold from an off-duty officer in April. The officer faces a homicide charge, but has not been terminated. Hamilton was killed in 2014 in Red Arrow Park.

Kovac stressed that the proposed change in the police budget doesn’t mean you call 911 and no one answers.

“I talk to a lot of police officers, it’s often said they are the social workers of first resort, that’s not a role they should be in, as a lot of them will say,” said Ald. Scott Spiker.

But Spiker, along with council member Mark Borkowski, didn’t vote for the model. That’s “a huge number of positions,” Spiker said of the proposed reduction.

But others have challenged the suggestion of 375 put forth by the Milwaukee Police Department. We’ll examine the claim in a future article.

The city budget office will now have to model what the cut would actually look like in terms of personnel and what funds would be available to be used elsewhere.

Is a 10 percent cut what the community wants? Ald. Russell W. Stamper, II said he has heard from the community that more may be desired. “The community wasn’t too satisfied with that, and I don’t blame them,” he said of the resolution’s announcement Monday.

The Common Council unanimously voted to authorize the receipt of seven federal grants related to the police department during Tuesday’s meeting. Each of the grants was previously budgeted for and does not represent an expansion of the department.

Each required a local match — ranging from 25 percent to 76 percent — to receive the funds.