Inside Saint Kate The Arts Hotel

It's an astonishing transformation with so much art. It opens June 4th, but you can see inside now. 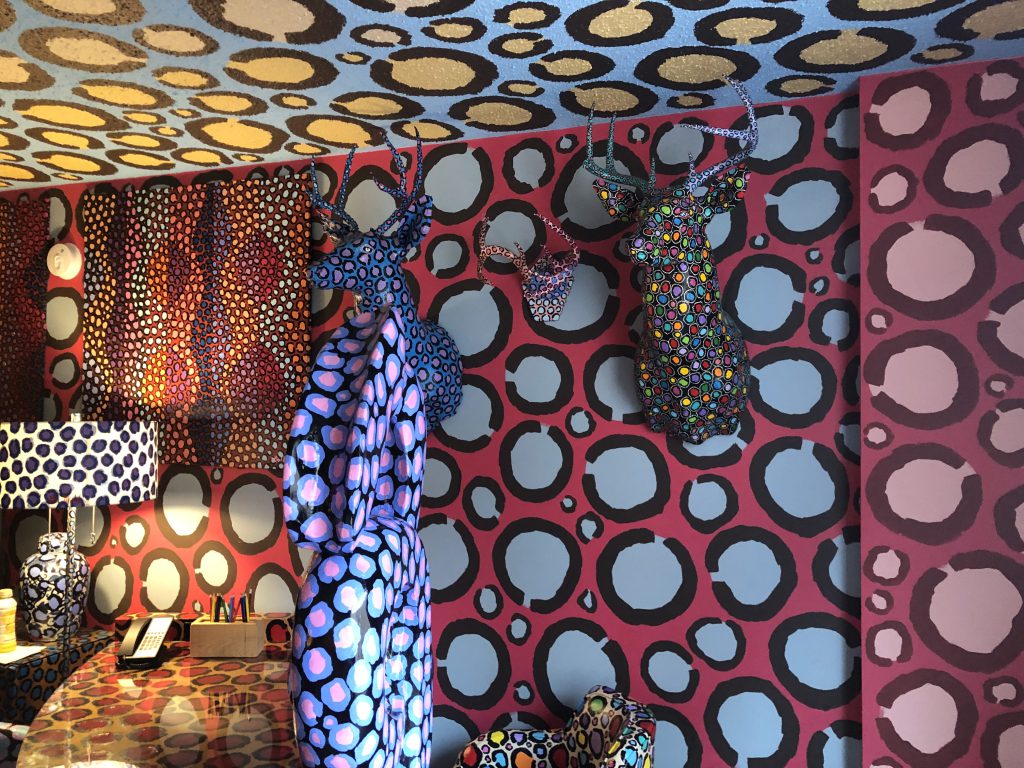 The new Saint Kate The Arts Hotel isn’t simply a case of throwing a new coat of paint on the former Intercontinental Hotel. Marcus Corp. has undertaken a top-to-bottom renovation that has transformed the downtown hotel into an art showcase.

“When people go somewhere they don’t want to just get a room and take a shower,” said company CEO Greg Marcus. It’s about “the experience,” he emphasized, and an experience is what Saint Kate intends to deliver.

Ticking off a list of art projects his family has been involved in, including the Robert Indiana designed MECCA court for the Milwaukee Bucks, the creation of Sculpture Milwaukee, the founding of Summerfest and the naming rights at the adjacent Marcus Performing Arts Center, Marcus said art is a core tenet of the hotel and theater operator. “Art is our brand. We believe you can do well and do good at the same time,” said Marcus.

To that end, Marcus has hired Maureen Ragalie to serve as the hotel’s art curator. She’s procured a “seed collection” that will evolve and expand over time, including “Big Piney” by Deborah Butterfield, a former Sculpture Milwaukee piece, and “Handler,” a sculpture by Milwaukee artist John Riepenhoff. These and many other works will be on display in a series of galleries as well as throughout the hotel’s bars and restaurants.

Augmenting the Marcus collection is the Museum of Wisconsin Art’s downtown gallery. Executive director Laurie Winters, who bills the gallery as a “second home,” said the partnership was a natural fit for the West Bend-based museum. “This is not a hobby for them, it’s a mission. They believe as we do at MOWA that art can transform lives,” said Winters.

The MOWA gallery’s initial exhibition, “Downtown,” features 10 artists reflecting on what Downtown means to them. Storyteller Adam Carr has created a series of postcards highlighting overlooked areas of the city, painter David Lenz has created a new piece for the exhibit (with the paint still wet during a media tour of the gallery) and 22-year-old Sudanese immigrant Brema Brema has a series of photographs on display. Mark Klassen‘s transformation of a former phone booth greets visitors as they enter the gallery. The exhibit will run through September 8th.

A performance space, known as the Arc Theatre, adds an opportunity for the hotel’s violin-playing concierge and others to give live performances. Two of the hotel’s servers, Emily Elliot and Rachel Meldman, gave a dance performance as part of a preview event. Director of programming John Price said the focus will be on providing late night entertainment with the space, with shows often starting after 10 p.m.

But art doesn’t end on the hotel’s first floor. The 219 rooms are covered in art of virtually every medium, with approximately 24 pieces in every room. Before you can get to the rooms, though, you’re greeted by art in every floor’s elevator lobby, including pieces by Milwaukee artists John Grant and Reginald Baylor. The redesign of the hotel’s interior was led by architecture firm Stonehill Taylor.

Linda Marcus, Greg’s wife and the art expert in the family, walked the media through the different rooms and their many configurations. The “standard” rooms feature pieces by artists Daniel Arnold, Daniel Chung, Ben Fairly, Kelly Frederick Mizer, Jason Fricke, Nina Ghanbarzadeh, Christiane Grauert, Niki Johnson, Lin Linder, Todd Mrozinski, Reed Skocz, Ashley Town and Sara Willadsen. It’s not just paintings on the wall: Marcus pointed out everything from special bed scarves and lampshades to custom shower curtains and sinks. A record player is included in every room, with records available on the first floor and a ninth-floor “study” that allows you to jam out late into the night.

But the real wow factor comes from four rooms known as “The Canvas.” Each room has been turned over to an artist for one year, with each letting their vision run wild. The rooms include the tastefully-understated paintings of recent college graduate Reed Skocz’s “Three Stage Walls” to the completely immersive “Leopard Room” created by veteran painter Lon Michels. “The idea is if you wear leopard print in the room, like I am, you become invisible,” said Michels while wearing a head-to-toe leopard print suit.

Milwaukee artist Rosemary Ollison has created a canvas room known as “The Beauty of Integration” made from found pieces. John Grant has created “The Perfict Room,” an intentional misspelling and statement on society’s push for beauty. Grant’s room features two startling images where the corrective layers on human faces from Adobe Photoshop are left in. Proceeds from the artist rooms benefit a host of local arts organizations.

Should you find something you like in your room, the hotel will work to connect you with the artist. “We want you to support them,” said Marcus. A store on the first floor will have a rotating collection of pieces with 100 percent of the proceeds going to the artist.

Saint Kate will have plenty to offer in the way of food and drink. Aria Cafe and Bar is the hotel’s signature restaurant in the former Kil@wat space. “Our approach here is simple food elevated,” said chef Brent Hockenberry. And yes, the Big Boy Burger is on the menu.

Proof Pizza, “Milwaukee’s newest neighborhood pizza joint,” will open next to the hotel along N. Water St. The Bar will operate in the hotel’s lobby, with an entirely new design and format replacing the former Clear bar. Giggly Champagne & Wine Bar will operate on the second floor, with a wide selection of wines, champagnes and desserts.

Saint Kate opens to the public on June 4th at 139 E. Kilbourn AVe. 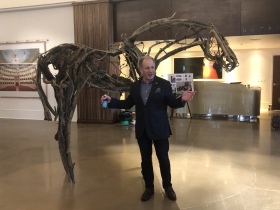 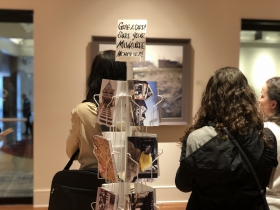 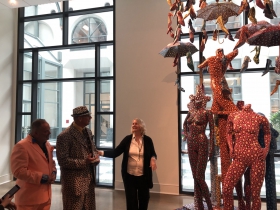 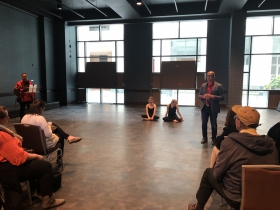 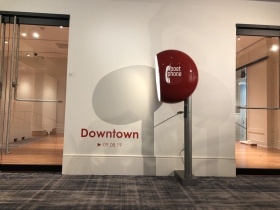 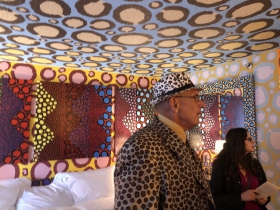