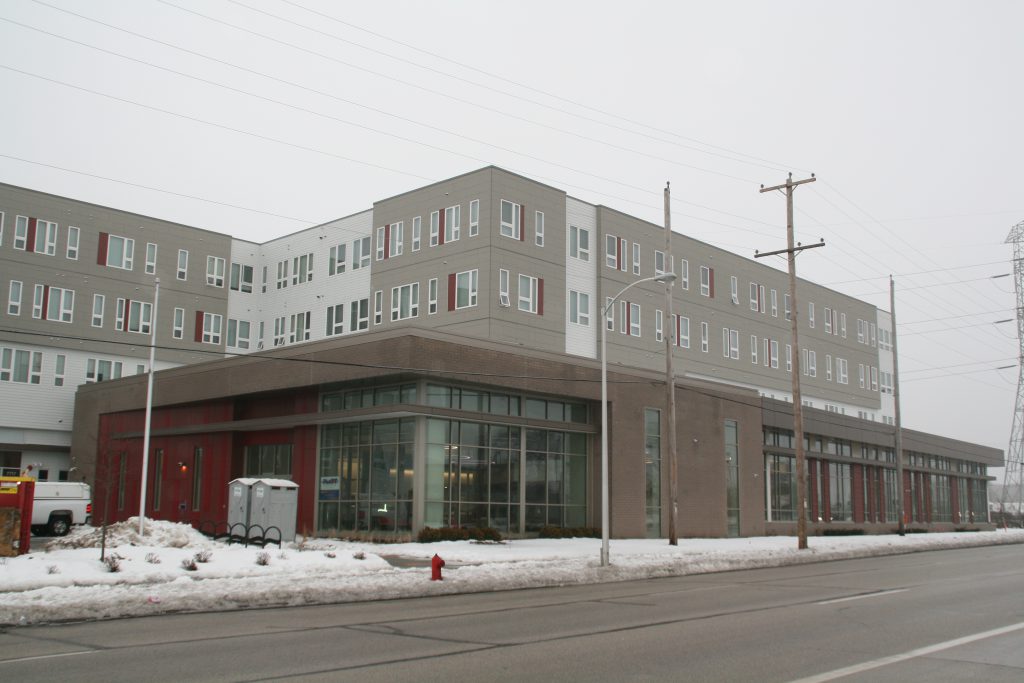 Construction of a new apartment building and library on the city’s far northwest side appears to finally be headed for completion.

Good Hope Commons, a joint project of Royal Capital Group and Maures Development Group, will include 65 apartments and a 17,500-square-foot library.

The project was first announced in 2014, but was delayed due to difficulties securing financing. Construction delays have slowed progress over the past year.

The housing portion is now open, but work remains on the library.

Milwaukee Public Library officials led a tour of the future library in August with Mayor Tom Barrett and area Alderwoman Chantia Lewis in attendance. At that point, officials said the library would open in November 2019. A library spokesperson now says the project is on track for a March opening following construction delays.

Construction on the $13 million project started in 2018, following a 2017 award of low-income housing tax credits. The formerly vacant 95,988-square-foot lot at 7717 W. Good Hope Rd. was sold by the city to facilitate the deal. The city will own the library space as a condominium.

The apartments are a mix of one, two and three-bedroom units. Ten of the units will be two-story townhome units. The development will include 65 parking spaces for residents and 60 for library users.

The project follows a now tried-and-true model where the city replaces a single-use branch library with a mixed-use building that includes a new library that is not only more cost-effective to operate, but also a building that pays property taxes.

The Mill Road Library, which is at the end of its functional life, will be replaced and likely sold by the city once it closes. Located at 6431 N. 76th St., the old library originally opened in 1970.

The redevelopment model has been used to create the new Villard, East and Mitchell libraries. But alongside Good Hope, two other projects have been delayed.

The city recently approved a plan to form a new partnership to develop a new Martin Luther King branch library. The city is still looking for a partner to redevelop the Capitol branch library.

Zimmerman Architectural Studios is leading the design of the library. The city budgeted $4.5 million to build out the space, and will leverage supplemental support from the Milwaukee Public Library Foundation. 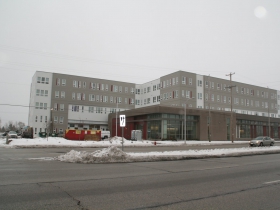 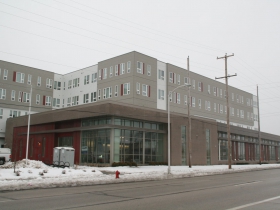 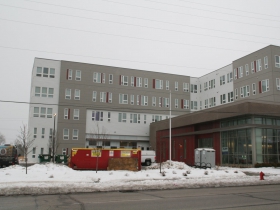 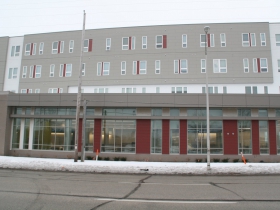 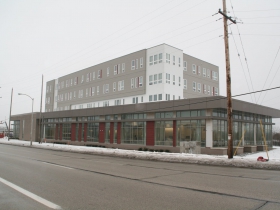 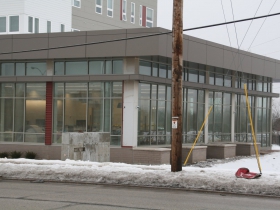