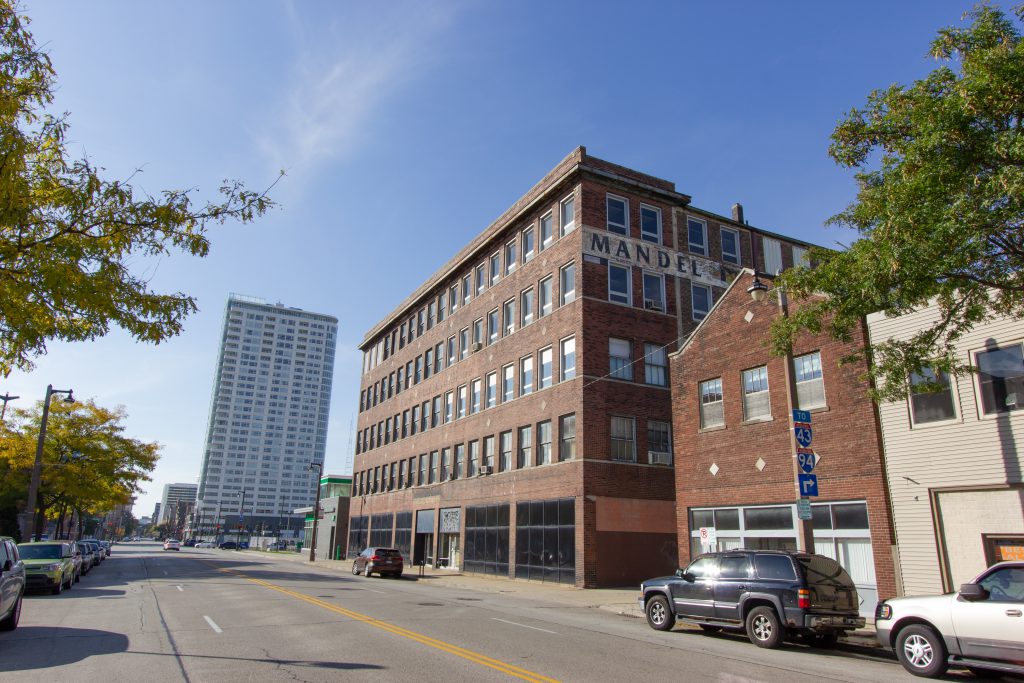 American Family Insurance announced Thursday it will redevelop a five-story, 110-year-old building near Fiserv Forum and Schlitz Park for its Milwaukee office.

The Madison-based company has selected the Mandel Graphics building at 1311-1325 N. Martin Luther King Jr. Dr., long home to the namesake printing company Mandel Graphic Solutions. The five-story, 293,750-square-foot building was built in 1909 for a clothing manufacturer and has had a number of different names and tenants over the ensuing century.

Led by CEO Jack Salzwedel, American Family hopes to eventually have up to 400 employees in the building, including workers handling claims, information technology and community partnerships. Redevelopment plans include adding additional floors to the top of the reinforced concrete building.

The company will partner on the building’s redevelopment with building owner MB Acquisition. The entity is led by Milwaukee real estate veteran Joel Lee and his son Dan Lee. The two operate the property through their firm Van Buren Management.

“We’re excited about Milwaukee’s revitalization and want to be part of it,” said Salzwedel in a press release announcing the deal. “With our new downtown location and increased involvement in the community, we plan to join others in the economic rebirth of Milwaukee and help the city become more equitable, healthy and sustainable.”

“After completing an extensive search of possible sites in downtown Milwaukee, the Mandel location rose to the top as the best location to attract talent and collaborate with the community,” said company vice president of business and workplace services Kari Grasee.

In a release announcing the deal, the company noted the location it has chosen is in a developing business district with “easy access to public transportation.” Multiple Milwaukee County Transit System routes operate within blocks of the building and a planned extension of The Hop would go past the front door.

Designed by H. Messmer & Son in 1909, the building was considered for redevelopment into housing by New Land Enterprises prior to the Great Recession. Van Buren Management has pursued tenants for the building for the past decade. It’s adjacent to an Associated Bank branch that was constructed in 2014. Mandel Graphics, not related to the real estate development firm, occupied the building’s top floor before relocating to Glendale in 2011.

The building is located on the edge of the city’s Haymarket area, which is seeing increased redevelopment interest, including apartment buildings, a new hotel, office complex and brewery, as downtown development pushes northward from Westown.

American Family first said it was considering a large Milwaukee office in January when announcing it would take over the naming rights for Miller Park, home of the Milwaukee Brewers. “It involves building a fairly large building down in the core of the city and a strategy that includes more jobs, jobs in software engineering and data science area. We have been working very closely with [Mayor Tom Barrett] to try and look at different sites and opportunities for us in the city of Milwaukee,” said Salzwedel in January.

Information on the potential involvement of city or state subsidies for the development was not immediately available.