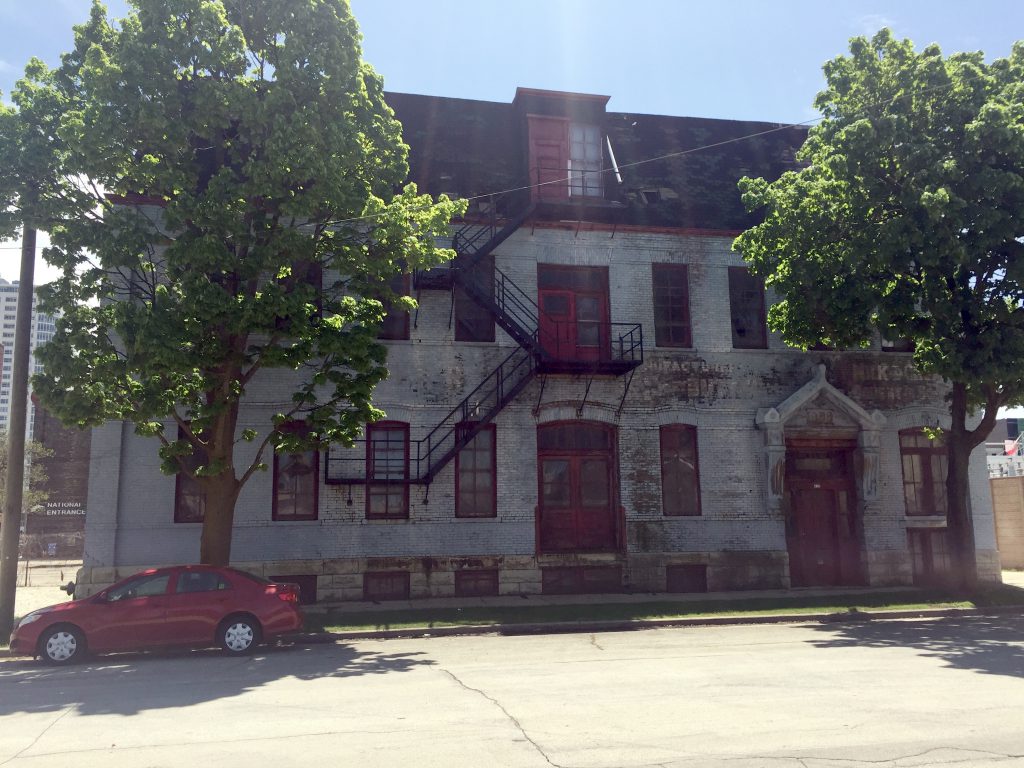 The city is clearing the way for developers Karl Rajani and Prabhu Kasthurirangaian to try to convert a 135-year-old building near Fiserv Forum into a hotel in time for the Democratic National Convention.

The City Plan Commission unanimously backed rezoning the property at 419 W. Vliet St., in the Haymarket neighborhood, from Industrial – Light to Industrial – Mixed which would allow the developers to convert the currently vacant building into a 50-room hotel. The proposal involves adding a floor to the building.

The developers previously converted a nearby building at 1840 N. 6th St. into a Days Inn & Suites Hotel of the Arts. “We have faith in the city and were proven right with respect to that project,” said Rajani. “We are confident we will be proven right with this project.”

The new hotel is likely to be branded a Trademark Collection by Wyndham boutique hotel, said Kasthurirangaian. The pricing would fall between the economy-priced Days Inn and the nearby Aloft and Hyatt Place hotels.

The developers are looking to move quickly to finish the project.

“Originally we were hoping to finish it before the 2020 Democratic National Convention, but it’s more important that we do this right,” said Kasthurirangaian. “We are trying right now to resolve the parking question.” The partners have identified a nearby site that would provide 50 spaces, but would require environmental remediation. Kasthuriranagian said they’re trying to acquire a different location for parking.

The developers are working with Carla Cross on a voluntary minority hiring plan that Rajani said is a core social justice mission. Cross told the commission that the development would follow the same requirements the city imposes on projects receiving $1 million or more in city funds, including 40 percent of the construction work hours being performed by unemployed or underemployed city residents. Cross said the minimum wage on the project would be raised to $12 for all contractors’ workers.

Commissioner Allyson Nemec, a partner at Quorum Architects, said she had the opportunity to observe the Days Inn construction when working on a nearby job site.  “The amount of minority and women was very applaudable.” She added that “the product you have there is very nice from an architectural perspective.”

Nemec and Commissioner Whitney Gould pushed the developers to seek Historic Preservation Tax Credits from the federal and state government that could provide income tax credits for 40 percent of the project’s applicable costs.

But Rajani said they’re not actively pursuing the option.”We believe that will be a cumbersome process and detract from our ability to develop the hotel in a timely fashion,” he said. The credits come with the requirement that any modifications are done in a historically sensitive way, including any floors added to the building.

The 11,250-square-foot building, known as the William P. Froehlich Paper Warehouse, was constructed in 1888 according to city records. Designed in the Second Empire style, it was first used as a wood-steam laundry facility.

The rezoning request will next need approval from the Milwaukee Common Council. The development team has yet to select a general contractor for the project.