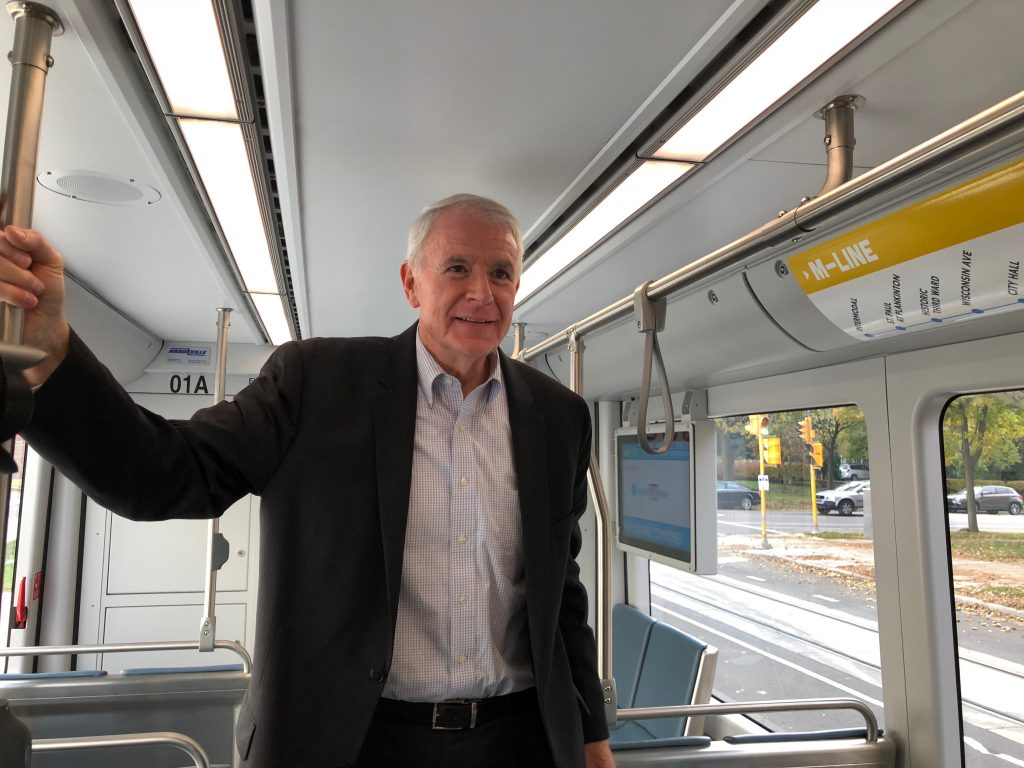 Ridership on The Hop continues to exceed long-term expectations but is down from a high of 3,343 rides per day in July.

The Milwaukee streetcar system averaged 2,233 rides per day in September, exceeding the estimated 1,800 daily rides project consultants estimated as part of the system’s 2011 environmental impact statement. That was down from 2,584 daily rides in August.

The ridership patterns on Milwaukee’s streetcar are mirroring those on other new systems where warm weather and marquee events draw large crowds while ridership dips as the temperature drops.

Sundays are the lowest ridership day, with every Sunday but one in September recording less than 2,000 rides. Labor Day, which falls on a Monday, had 1,400 rides, while the Sunday before recorded 3,200 rides. Unlike August, the three Sundays and Labor Day contributed to the system missing the daily ridership target on four days in September.

Doors Open Milwaukee, which draws thousands of people to Downtown, boosted ridership on September 28th and 29th. A monthly one-day high of approximately 5,000 rides was recorded on Saturday, while Sunday’s rain and fewer open buildings resulted in only 1,900 rides.

The approximately 5,000 rides taken on September 28th was the highest one-day total the system has recorded outside of its opening weekend in November and the Bastille Days festival in July. The system’s one-day record is 8,968 rides.

Ridership is tabulated by automatic passenger counters embedded in the doors of the vehicles. That system failed in at least one of the vehicles during February, when ridership was already sagging as Downtown activity dropped off with the colder-than-normal winter. Daily ridership data is available on the system website.

The 2.1-mile system is currently free to ride as a result of a three-year federal operating grant and a $10 million, 12-year sponsorship agreement with Potawatomi Hotel & Casino.

Milwaukee officials announced their intent to keep the system free through 2020. Officials intend to make up the lost fare revenue, anticipated to represent no more than 20 percent of the system’s $4.3 million operating budget, with additional sponsorship revenue from a kiosk system. The announcement confirmed an earlier Urban Milwaukee report that no farebox equipment had been ordered.